10 of the best things to do in Melaka, Malaysia

Asia / Malaysia / Melaka /
What do salted egg croissants, street art and colonial sights have in common? Well they are all hallmarks of Melaka, the UNESCO World Heritage city perched on Malaysia's southern peninsula. But with so many attractions crammed into one small city, where do you start? We've boiled it down to the best 10 things to do in Melaka.

The history of Melaka (or Malacca)

Before we dive right in, it is worth exploring a bit of the history of the town.

Known as both Melaka and Malacca, this key trading city was founded by a Sumatran prince, who arrived and immediately decreed it would function as a port. From there the small fishing village grew into a large trading hub as Chinese, Indian and Arabian traders arrived and, along with the colonial Portuguese and Dutch, settled in the town.

This intersection of cultures has resulted in Melaka's status today, as you will find influences from all these countries on the architecture, cuisine, and religion of the city.

While we're on the topic of cuisine, it's a good place to start when putting together your list of things to do in Melaka. The town is known for Peranakan cuisine (also known as Nyonya food); concoctions made by Chinese migrants who married the local Malays, fusing their food preferences together.

Coffee lovers should also head to the Stolen Cup to order their Gula Melaka latte and indulge in a warm, gooey salted egg croissant. A traditional French croissant stuffed with custard, icing sugar and a tangy salty egg blend that will have you returning every day for more. 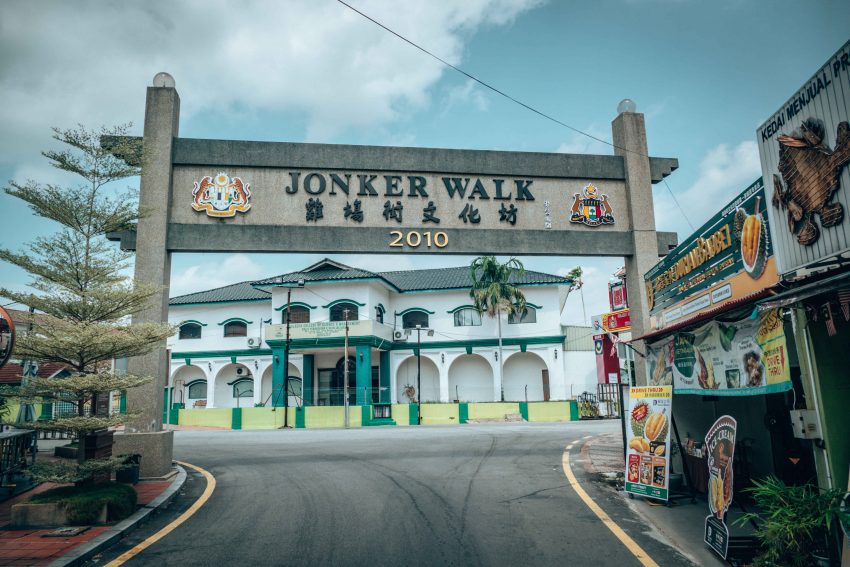 While you're eating your way through Melaka, you'll definitely encounter the busiest street in the city: Jonker Street, also known as Jonker Walk.

Frequented by tourists, the street is flanked by cute coffee shops (including the aforementioned Stolen Cup), beautiful boutiques and a number of souvenir stores. It's the perfect place to see some of the old colonial residences, now converted into shops but also start a walking tour of the other sightseeing attractions in the area.

On weekends the street turns into a spectacular night market where you'll find yourself almost overwhelmed by the dizzying array of food and clothing on offer.

Head over to Harmony Street 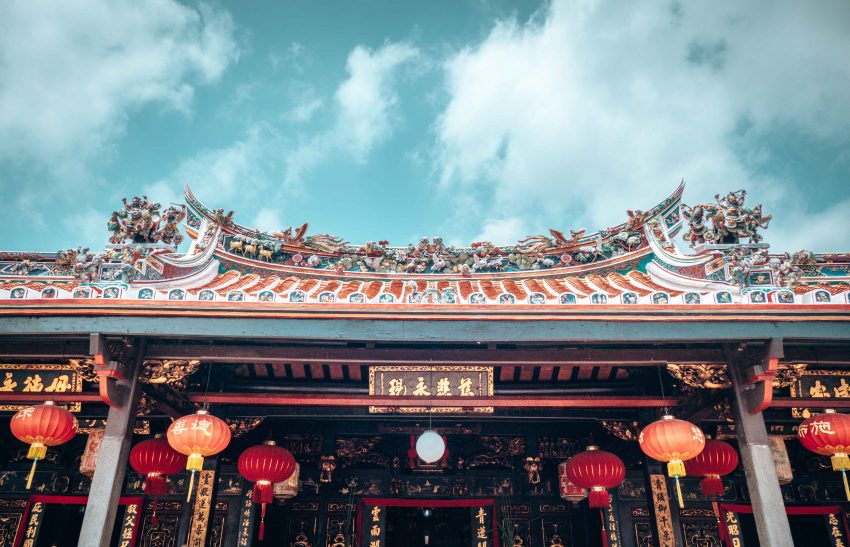 To reflect a city of many cultures, there are many religions observed in Melaka. Other than the legendary Christ Church and St Paul's (more on those in a bit), it is worth walking one street over from Jonker Walk to visit the iconic religious Malaysian landmarks along Jalan Tukang Besi, also known colloquially as Harmony Street.

First up is Cheng Hoon Teng Temple, the oldest functioning Chinese Buddhist temple in Malaysia. This stunning temple is worth a wander around and, if you're that way inclined, lighting an incense stick to top off your visit.

A few steps up the street is the Kampung Kling mosque. One of the main attractions in the area, the mosque was built in 1748 and showcases the melting pot of cultures in Melaka as its architecture reflects a mix of Chinese and Malay styles plus a three-tiered roof reminiscent of the Hindu faith.

Last but definitely not least is Sri Poyatha Moorth Temple, the oldest Hindu temple in the country and actually one of the oldest functioning Hindu temples in Southeast Asia. First opened in 1781, the temple is dedicated to the elephant deity, Ganesh (also known as Vinavagar).

Insider Tip: If you still haven't got your fix of religious buildings, it's worth travelling a bit further out of town to the Malacca Straits Mosque. Nestled out on the water's edge and overlooking the Strait, this mosque is best visited at sunset for epic photos.

Travel around the city on a trishaw

Also known as a 'cyclo', a 'tricycle taxi' and a 'cycle rickshaw', you've probably seen a trishaw or two around Malaysia by the time you've reached Melaka. These cycle-operated vehicles are used across the country for tourists to get a personal tour of the city.

But the ones in Melaka are like no trishaws you've ever seen. Decked out in Hello Kitty and anime paraphernalia and more blinking lights than a disco, these trishaws are quite an experience!

Take one during the day to get a personal tour of the city from your driver or in the evening for a fun-filled, fluorescent ride across town. 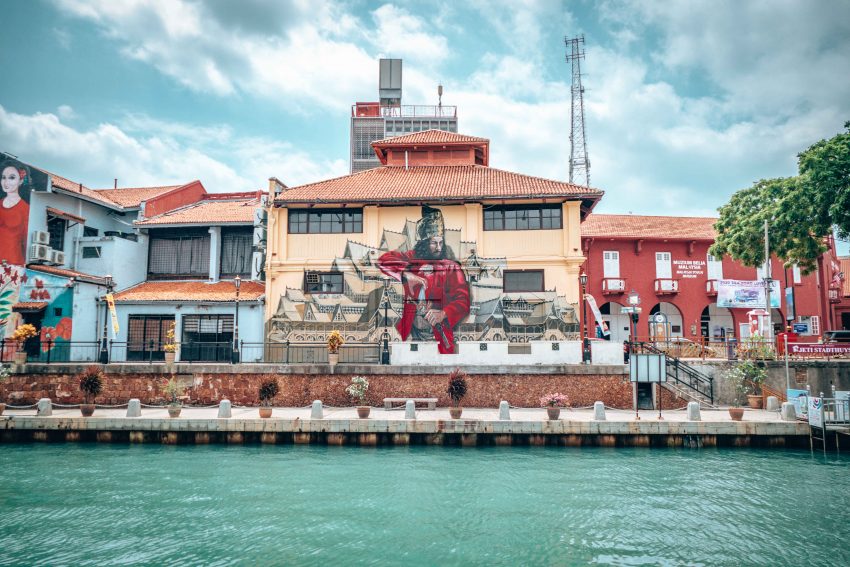 While Melaka might not be as well known for its murals as the street art in George Town, there are definitely some stand-out pieces to see in the city.

Most notable is the large Kiehls-sponsored piece on the side of the Lorong Seni Art House just a stone's throw from the river's edge. And, while you're admiring that, take a stroll along the river to see a number of other large pieces adorning the walls.

If you're keen on seeing some typically Malaysian interactive pieces, where the art encourages you to pose with it, make your way to Jalan Hang Kasturi which boasts an art alley dubbed 'Mural Lane'.

To get a real feel for the city and see the street art from another vantage, you can sail down the Melaka River itself. What used to be a river filled with garbage has been transformed into a tourist attraction, as you float past important places like the Stadthuys and Bastion Middleburg.

The tours kick off at Muara jetty and run both in the day and the late afternoon, which is great for a sunset cruise.

Check out the Christ Church (and the Stadthuys) 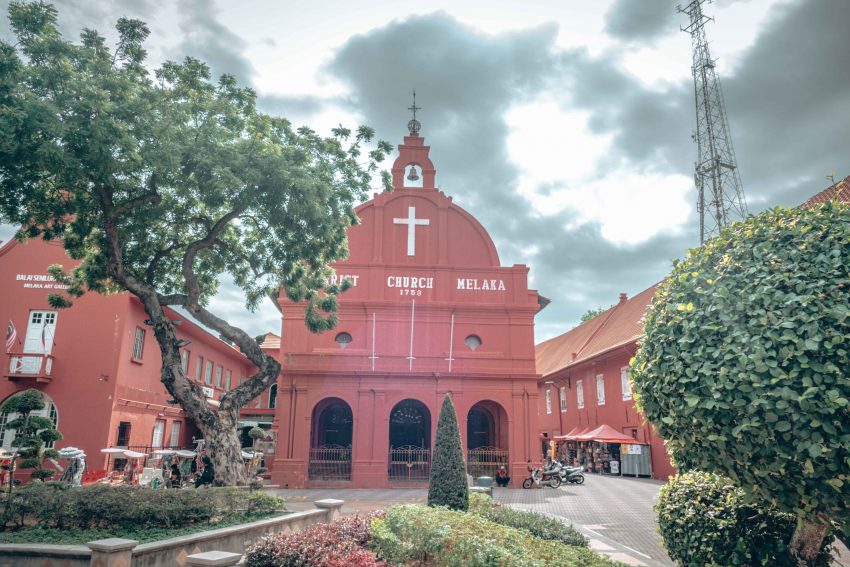 It is probably the most iconic sight in all of Melaka: the ochre-coloured Christ Church. Built between 1741 and 1753 on the site of an even older Portuguese church, the Christ Church is the oldest Protestant Church in Malaysia and an imposing, stunning building.

Key features include the facade itself, constructed out of red bricks brought all the way from the Netherlands, the exquisite altar covered in silver and the old Dutch tombstones lining the floors.

Next door to Christ Church is another red-hued building, the Stadthuys. Built before the Christ Church (in 1650), this is a town hall style building that used to also be the home of the region's governor. Now the building is home to the History and Ethnography Museum.

Visit A Famosa and the abandoned St Paul's Church 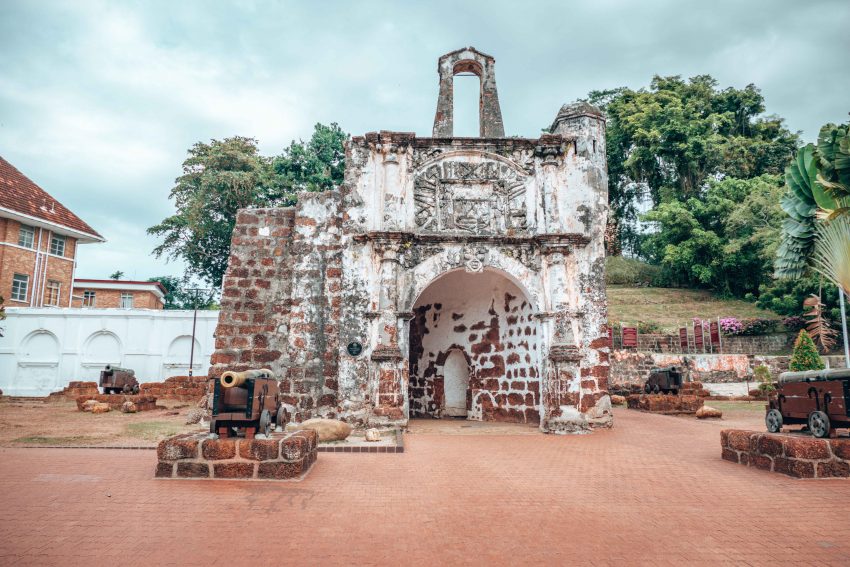 Around the corner from Christ Church is a monument that nods to the Portuguese colonial influence on Melaka. The A Famosa fort was positioned here, originally built in the 16th century to protect the city.

Not much remains beyond the dilapidated Porto de Santiago gate but it's still an important part of the city's history and worth a turn.

After you've reached the A Famosa, it's just a short steep climb of steps up to another key sights in Melaka: the St Paul's Church.

The church, also known as Our Lady of Annunciation, was a fortress back in 1567 but after the Dutch took over Melaka was converted into a church. Again, not much remains but there are sweeping views of the city from the church viewpoint, and so worth the effort of climbing up the hill.

Meander around the museums 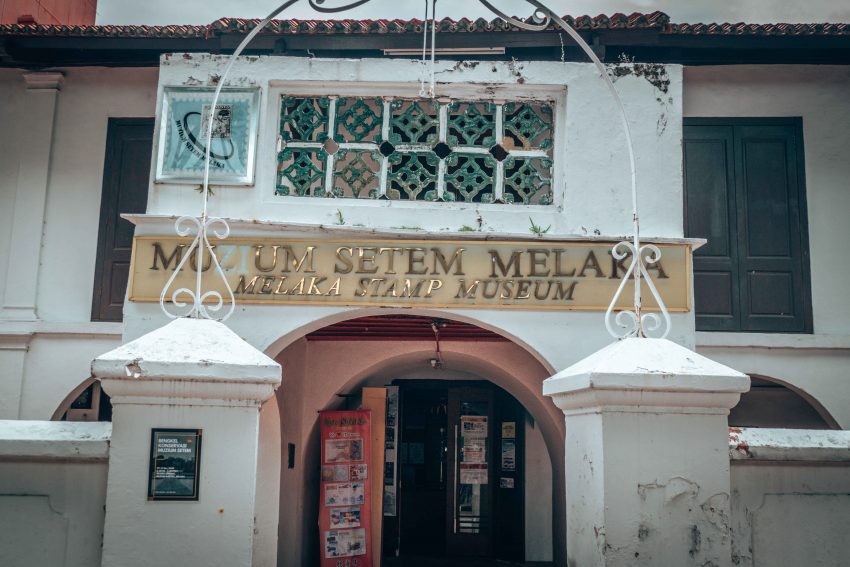 Not surprisingly for a heritage town, Melaka is crammed full of museums - great for history buffs! Immortalising everything from different shipping vessels at the Flora de la Mar Maritime Museum to stamps at the aptly named Melaka Stamp Museum, you can find a museum for most pastimes.

One of the more famous is the Baba and Nyona Heritage Museum, which chronicles the history of Peranakan culture in the city. You'll find yourself in a traditional townhouse exploring the decor and pastimes of the Nyonya people on a very informative guided tour.

Alternatively, take a turn at the Prison Museum. Housed in a former prison it showcases a fascinating history of how prisoners were kept in the 18th century.

Take a ride on the Taming Sari

Close to the A Famosa is a unique Malaysian attraction - the Taming Sari Revolving Tower.

Essentially a fairground ride that's situated in the city, the tower is a thrilling ride which sees about 66 passengers travel 110 metres up in the air, to get the absolute best views of Melaka and the coast itself.

It takes about 7 minutes so an easy activity to slot into a busy day.

Found your perfect Melaka itinerary? We hope so! This bustling city has so much to offer travellers that it's a must on any Malaysia trip. From hopping between historic sights to indulging in unique, mouth-watering meals, Melaka has an array of attractions for the fussiest of visitors, all loaded into one multicultural melting pot of a city.

Lee is a wandering writer and one half of the Travel Scribes, a blog dedicated to travelling, writing and everything social media. When she's not quenching her thirst for wanderlust, she is most often found behind her laptop, bashing out blog posts and bingeing on cheesy cat videos. Find her on Instagram here. 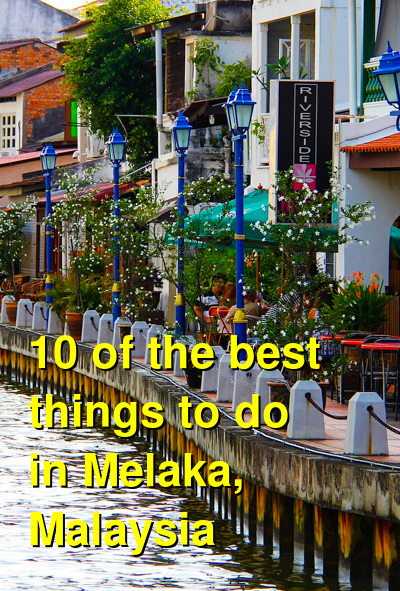