How much does it cost to travel to Tangier?

How much money will you need for your trip to Tangier? You should plan to spend around MAD229 ($26) per day on your vacation in Tangier, which is the average daily price based on the expenses of other visitors. Past travelers have spent, on average, MAD50 ($5.65) on meals for one day and MAD105 ($12) on local transportation. Also, the average hotel price in Tangier for a couple is MAD210 ($24). So, a trip to Tangier for two people for one week costs on average MAD3,213 ($360). All of these average travel prices have been collected from other travelers to help you plan your own travel budget.

A vacation to Tangier for one week usually costs around MAD1,606 for one person. So, a trip to Tangier for two people costs around MAD3,213 for one week. A trip for two weeks for two people costs MAD6,426 in Tangier. If you're traveling as a family of three or four people, the price person often goes down because kid's tickets are cheaper and hotel rooms can be shared. If you travel slower over a longer period of time then your daily budget will also go down. Two people traveling together for one month in Tangier can often have a lower daily budget per person than one person traveling alone for one week.


How expensive is Tangier? How much money do I need for Tangier?

How much does a trip to Tangier cost? Is Tangier expensive? The average Tangier trip cost is broken down by category here. All of these Tangier prices are calculated from the budgets of real travelers.

Find a hostel, guesthouse, or B&B in Tangier

What did other people spend on Food in Tangier?

Typical prices for Food in Tangier are listed below. These actual costs are from real travelers and can give you an idea of the prices in Tangier, but your costs will vary based on your travel style.

How much does it cost to go to Tangier? Naturally, it depends on the dates. We recommend SkyScanner because they can find the best deals across all airlines.

The price of renting a car in Tangier will depends on dates, the type of car, the location, and your age. We recommend SkyScanner because they can find the best deals across all car rental companies.

Tips and Handouts Budget in Tangier

What did other people spend on Water in Tangier?

Typical prices for Water in Tangier are listed below. These actual costs are from real travelers and can give you an idea of the prices in Tangier, but your costs will vary based on your travel style.

Best Hostels and Riads in Tangier for Backpackers and Solo TravellersChefchaouenAsilah

Tangier On a Budget 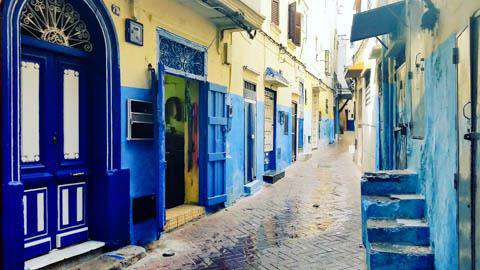 Tangier, Morocco
Welcome to the gateway to Africa. Sitting on the coast of the Strait of Gibraltar, Tangier, Morocco has historically served as the meeting point of the Mediterranean and Africa.

After World War II, this city became a destination for eccentric foreigners, artists, spies and hippies. After that, the city was neglected and gained a horrible reputation for the hustlers cheating visitors left and right.

In 1999 Morocco saw the beginning of a new monarch who was more progressive with his vision for tourism. This message lit a fire under Tangier, helping the people see the amazing potential in their great city. They built a new port, a new business district and revamped the airport. The beaches and streets have been cleaned up of trash and hustlers and there's a sudden surge in cultural activities.

Like most Moroccan cities, Tangier has its own medina, or old town. It's a sweet area of the city, but just approaching it is a sight in and of itself. The Grand Socco is the name for the gorgeous entrance to the medina. Take in the view and make your way into the plaza with the central fountain surrounded by palm trees. This was once the site of a major market in Tangier, and today the cobblestone circle makes the drop off point for taxis. This is spot where the modern meets the past made of narrow and winding streets. For a view that will surely take you breath away, climb the stairs to the highest point in the circle to see the view from La Terrasse. It's like you've stepped back in time to a simpler, more relaxing place.

Located in Dar el-Makhzen in the former sultan's palace is the Kasbah Museum. Wander through the halls to learn more about the history of the area from prehistoric times to the 19th century. Visitors to the museum get to see things like pre-Roman tools, 16th century jewelry, an extraordinary floor mosaic by Volubilis and a detailed wall map of trade routes over time.

For a touch of history I bet you didn't know, take a trip to the Tangier American Legation Museum. As one of the first countries to recognize the United States as a country, it has become the only US National Historic Landmark outside of the US. Take a peek at the letter of thanks from George Washington to Sultan Moulay Suleyman and know you're standing in an important spot for history. The five story mansion displays beautiful paintings that depict Tangier from past to present.

For the adventure lover in your group, you may want to spend an afternoon at the Hercules Cave, or Grottes d'Hercules. Just outside of Tangier is the stunning natural beauty of the caves where the mythical Hercules rested after finishing his twelve labors. When you're done pretending to be the mythical hero, head over to the nearby beach for a bit of sun and relaxation. If you want to make a day of it, you could easily buy bread and fruit from a local stand before you head to the caves. Turn the trip into a picnic on the beach.

Because Tangier has been so heavily focused on increasing tourism, the restaurants in the area offer a good mix of international cuisine and local, traditional food. Walk along the Boulevard Mohamed VI on the beach to find a lovely spot to wind down and enjoy an even meal on the water.

If it's locally caught fish and seafood you're after, follow the locals to the port. If you speak any French/Arabic, you should be able to find something to your liking. You'll likely be the only foreigner eating at the port, and there are no menus or price listings. Don't worry, it's all cheap and perfectly authentic.

Tangier is a relatively small town so walking is probably your best option. Petit taxis are also available, but be sure the meter is running. If it's not, negotiate a price before taking your ride. 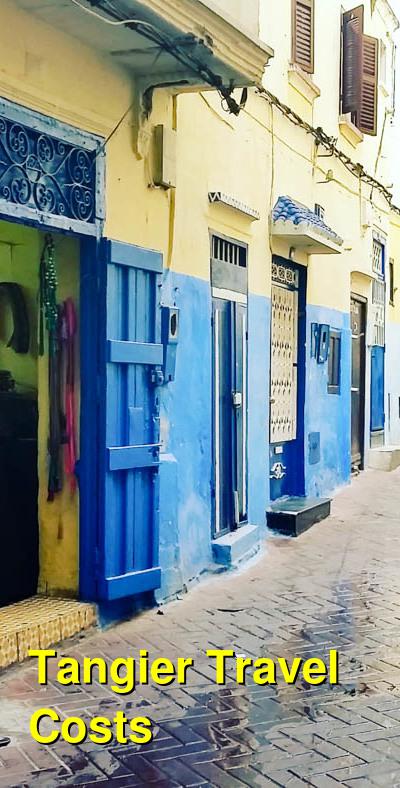