How much does it cost to travel to Warsaw?

How much money will you need for your trip to Warsaw? You should plan to spend around zł292 ($65) per day on your vacation in Warsaw, which is the average daily price based on the expenses of other visitors. Past travelers have spent, on average, zł68 ($15) on meals for one day and zł15 ($3.34) on local transportation. Also, the average hotel price in Warsaw for a couple is zł352 ($78). So, a trip to Warsaw for two people for one week costs on average zł4,092 ($907). All of these average travel prices have been collected from other travelers to help you plan your own travel budget.

A vacation to Warsaw for one week usually costs around zł2,046 for one person. So, a trip to Warsaw for two people costs around zł4,092 for one week. A trip for two weeks for two people costs zł8,185 in Warsaw. If you're traveling as a family of three or four people, the price person often goes down because kid's tickets are cheaper and hotel rooms can be shared. If you travel slower over a longer period of time then your daily budget will also go down. Two people traveling together for one month in Warsaw can often have a lower daily budget per person than one person traveling alone for one week.


How expensive is Warsaw? How much money do I need for Warsaw?

How much does a trip to Warsaw cost? Is Warsaw expensive? The average Warsaw trip cost is broken down by category here. All of these Warsaw prices are calculated from the budgets of real travelers.

Looking for a hotel in Warsaw? Prices vary by location, date, season, and the level of luxury. See below for options.

How much does it cost to go to Warsaw? Naturally, it depends on the dates. We recommend Kayak because they can find the best deals across all airlines.

The price of renting a car in Warsaw will depends on dates, the type of car, the location, and your age. We recommend Kayak because they can find the best deals across all car rental companies.

What did other people spend on Food in Warsaw?

Typical prices for Food in Warsaw are listed below. These actual costs are from real travelers and can give you an idea of the prices in Warsaw, but your costs will vary based on your travel style.

Tips and Handouts Budget in Warsaw

What did other people spend on Scams, Robberies, and Mishaps in Warsaw?

Typical prices for Scams, Robberies, and Mishaps in Warsaw are listed below. These actual costs are from real travelers and can give you an idea of the prices in Warsaw, but your costs will vary based on your travel style.

Warsaw On a Budget 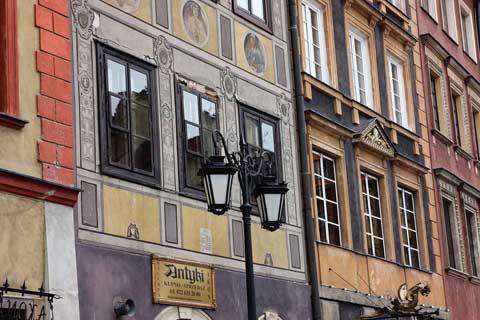 Warsaw
Warsaw is the capital city of Poland. It has a population of 1.7 million, making it the country's largest city. Located on the Vistula River, it is a popular tourist destination for its interesting architecture and culture. The right bank of the river was the first area to become populated in the 9th or 10 century. Today, however, the city's central district is on the left bank of the river. The Old Town, where you will find many sights and attractions, is fully contained within the city center.

Warsaw has a continental climate that has warm summers, cool falls, and cold winters. The summers can see a range of temperatures that vary from mild to very hot. It is best come prepared for hot temperatures during the day and cooler, even chilly temperatures in the early evening. The peak season for tourism is between the months of May and September. This is when the weather is the most pleasant. Rain is possible year around but in general July is the wettest month. It can snow during the winter months and overnight frosts are very common. January and February are usually the coldest months when temperatures drop below freezing.

Most of the city's sights are located within the Centrum area, specifically within the Srodmiescie area. Many people enjoy following the Royal Road which originally connected the Royal Castle with the Royal Palace in Wilanow. There are many other points of interest along this 10 kilometer route as well.

Popular museums in Poland include the Warsaw Uprising Museum, the Center for Modern Art, the Royal Lazienki, the Museum of Modern Art, the National Museum in Warsaw, the State Ethnographical Museum, and Heavens of Copernicus.

Warsaw can be divided into five districts; Centrum, Northern Warsaw, Western Warsaw, Eastern Warsaw, and Southern Warsaw. Centrum is where you will find the Old Town area. There are six different areas with this district and they include Srodmiescie, Wola, Mokotow, Zoliborz, Ochota, Praga Polnoc, and Praga Poludnie. There are both industrial and residential areas but most tourists in the city spend their time in Srodmiescie, Wola and Mokotow. In Southern Warsaw you'll find the Wilanow Palace. This district also has the historic Natolin park and nature reserve.

If you're interested in seeing a concert then there are several professional musical or play companies in town. The Polish National Opera as well as the Warsaw Philharmnoic are both based in the city. There are also a number of other companies based there as well.

There are plenty of interesting places to eat around Warsaw. If you're on a tight budget then your best options are the kebab shops, of which there are many, milk bars, and Vietnamese restaurants. Many of the kebab shops are concentrated in the Srodmiescie area. Milk bars were created during the communist era to serve cheap meals that are centered around milk products. Most of the establishments closed after the fall of communism, but those that remain still have a similar atmosphere to when they first opened. When you step into one, it's like you stepped back into the 1980s. They are most popular with students and senior citizens. The food is decent and they are worth a visit simply for the experience alone.

Another dining option is the plethora of fast food restaurants around town. There are recognizable options such as McDonald's, KFC and Pizza Hut and the prices at these international chains is often expensive by Polish standards, so unless you are feeling particularly homesick, then they are best avoided.

Warsaw has a decent public transportation system. There are about 200 bus routes and 30 tram lines that can take you around the city. You can find route descriptions at each of the tram stops. Although the system is generally efficient within the city center, once you're outside of that area travel times can be annoyingly slow. There is also an underground line that goes from the south to the north on the left bank but it does not go to many tourist destinations. A second line is currently under construction.

If you decide to drive in the city then there is a paid parking zone in the center of town. Payment is required on weekdays between 8 am and 6 pm. You pay by the hour with either coins or the Warsaw City Card (not the tourist card).