How much does it cost to travel to Malmo?

How much money will you need for your trip to Malmo? You should plan to spend around kr671 ($81) per day on your vacation in Malmo, which is the average daily price based on the expenses of other visitors. Past travelers have spent, on average, kr214 ($26) on meals for one day and kr69 ($8.26) on local transportation. Also, the average hotel price in Malmo for a couple is kr800 ($96). So, a trip to Malmo for two people for one week costs on average kr9,390 ($1,131). All of these average travel prices have been collected from other travelers to help you plan your own travel budget.

A vacation to Malmo for one week usually costs around kr4,695 for one person. So, a trip to Malmo for two people costs around kr9,390 for one week. A trip for two weeks for two people costs kr18,781 in Malmo. If you're traveling as a family of three or four people, the price person often goes down because kid's tickets are cheaper and hotel rooms can be shared. If you travel slower over a longer period of time then your daily budget will also go down. Two people traveling together for one month in Malmo can often have a lower daily budget per person than one person traveling alone for one week.


How expensive is Malmo? How much money do I need for Malmo?

How much does a trip to Malmo cost? Is Malmo expensive? The average Malmo trip cost is broken down by category here. All of these Malmo prices are calculated from the budgets of real travelers.

Find a hostel, guesthouse, or B&B in Malmo

How much does it cost to go to Malmo? Naturally, it depends on the dates. We recommend SkyScanner because they can find the best deals across all airlines.

The price of renting a car in Malmo will depends on dates, the type of car, the location, and your age. We recommend SkyScanner because they can find the best deals across all car rental companies.

What did other people spend on Transportation in Malmo?

Typical prices for Transportation in Malmo are listed below. These actual costs are from real travelers and can give you an idea of the prices in Malmo, but your costs will vary based on your travel style.

Malmo On a Budget

Malmo, Sweden
Located on the southern tip of Sweden, in the province of Skane, Malmo is Sweden's third largest city. It has a very international population with about a third of the residents being from countries other than Sweden. This diversity is evident within Malmo, which is rich in culture, interesting food, and an array of entertainment options. Historically, Malmo was an industrial city with a ship building company, Kockums being the area's largest employer. Today, however, the city is much more economicaly diverse with many eco friendly neighborhoods and plenty of suburban style housing.

Malmo has an oceanic climate and is relatively mild in temperature given its northern location. It is influenced by the Gulf Stream, which keep the temperatures warmer than you might expect. Average high temperatures during the summer months are about 20 degrees Celsius, although it is not uncommon for temperatures to reach 30 degrees Celsius. Winters are quite cold and temperatures hover around freezing. Snow can occur during the months of December through March, but the snow cover usually doesn't last long. During the summer months, the northern location means that the city has about 17 hours of daylight. Alternatively, during the winter months, daylight is limited to 7 hours a day.

Other interesting highlights around town include Malmohus Castle, the Technology and Maritime Museum, the Castle Garden, Turning Torso, which is the tallest building in Scandinavia, and Davidshallstorg.

At the heart of the city are three central squares, Gustav Adolf's Square, the Big Square (Stortorget) and the Little Square (Lilla torg). These squares are popular places for eating and shopping. There are many restaurants in Little Square and there is a pedestrian only street that is lined with shopping between the squares.

Another interesting part of town is Gamla Vaster, which is between Lilla Torget and Malmohus. This is a quiet area that has many high end galleries, design shops and restaurants. It also has some old and impressive architecture. Davidshallstorg is another square where you'll find many shops and restaurants. It has a high end atmosphere. Mollevangstorget is a diverse part of town where you'll find an open air market on weekends. It is located south of the city center and has many Asian and Middle Eastern shops, restaurants, a grocery stores. There's also a great night life scene in this area.

There are several good parks that are worth exploring in Malmo. Folkets Park has some rides for younger kids and is a nice place to soak up some sun. Ribersborgsstranden is a two kilometer long sandy beach. It is a good place to sunbathe and swim during the summer months. During the winter months some people go here to ice swim, which is often followed by a visit to Kallbadhuset's sauna. If you're a golf enthusiast then there are also some good golf courses around town.

If your timing is right, there are also some great festivals that come to town, many of which are actually free. The peak season for festivals is during the summer months when the weather is at its best.

There are many restaurants around Malmo that cater to people of all different budgets. Lunches are usually much more affordable than dinners because many of the restaurants offer discounts between the hours of 11 am and 3 pm on weekdays that appeal to people on their lunch breaks. It is also a general rule that restaurants that have their alcohol license usually charge more for their food than those that don't serve alcohol. Falafel is also an excellent budget food option. Malmo is sometimes referred to as "Falafelstaden" or Falafel city because of the many vendors that sell it throughout the town. They're particularly common around Bergsgatan/Mollevangstorgeet. Falafel is usually served as a wrap with lettuce, tomato, onions, gerkin and other pickles. There are several sauces you can choose from as well. Some vendors also offer kebabs, shawarma or deep fried halloumi cheese as well.

It is possible to reach the city by either plane, train, bus, or even ferry. Connections are generally frequent, so the city is quite accessible to travelers. Once you arrive, the most fun, and easiest way to explore Malmo is on bicycle. The city has been laid out with bicyclists in mind and you will find many interconnected bicycle roads. If you're not up for cycling, you do have the option to take a bus. The local buses are green in color and referred to as Skanetrafiken. Do take note that they do not accept cash or credit card, so you must have a ticket. These can be bought at vending machines or any of the ticket offices. Alternatively, the most expensive option would be to take a taxi which will cost you anywhere from 49 to 79 SEK depending on the distance. 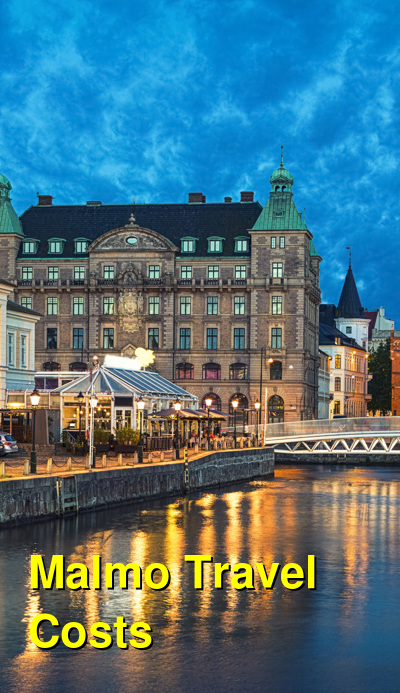 By backpackguru in Entertainment
Stortorget was built in 1538 and the town hall, which is the largest in the North, is dated back to 1547. Stortorget houses both the governor's residence as well as the Malmo City Hall. Also nearby are the Kockska house, the Hotel Kramer, and Pharmacy Leo. There's also a stature in the middle of the square for King Karl X Gustav, which was created by John Borjeson.