How much does it cost to travel to Puerto Natales?

How much money will you need for your trip to Puerto Natales? You should plan to spend around CL$37,820 ($52) per day on your vacation in Puerto Natales, which is the average daily price based on the expenses of other visitors. Past travelers have spent, on average, CL$8,162 ($11) on meals for one day and CL$13,933 ($19) on local transportation. Also, the average hotel price in Puerto Natales for a couple is CL$35,356 ($49). So, a trip to Puerto Natales for two people for one week costs on average CL$529,479 ($733). All of these average travel prices have been collected from other travelers to help you plan your own travel budget.

Find a hostel, guesthouse, or B&B in Puerto Natales

What did other people spend on Hotels in Puerto Natales?

Typical prices for Accommodation in Puerto Natales are listed below. These actual costs are from real travelers and can give you an idea of the prices in Puerto Natales, but your costs will vary based on your travel style.

What did other people spend on Food in Puerto Natales?

Typical prices for Food in Puerto Natales are listed below. These actual costs are from real travelers and can give you an idea of the prices in Puerto Natales, but your costs will vary based on your travel style.

How much does it cost to go to Puerto Natales? Naturally, it depends on the dates. We recommend SkyScanner because they can find the best deals across all airlines.

The price of renting a car in Puerto Natales will depends on dates, the type of car, the location, and your age. We recommend SkyScanner because they can find the best deals across all car rental companies.

What did other people spend on Alcohol in Puerto Natales?

Typical prices for Alcohol in Puerto Natales are listed below. These actual costs are from real travelers and can give you an idea of the prices in Puerto Natales, but your costs will vary based on your travel style.

Puerto Natales On a Budget 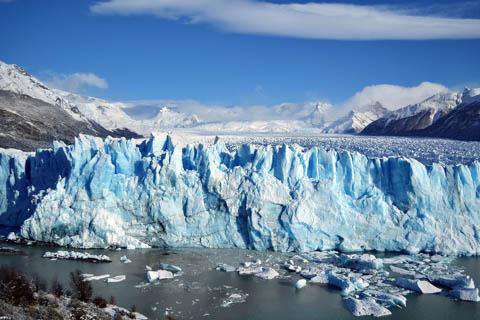 Glacier in Patagonia, Chile
Puerto Natales is a beautiful town located in the Chilean Patagonia on the Senoret Channel. The city is often used as a base camp for trips to the surrounding national parks due to their plentiful restaurant options and access to internet. Puerto Natales is also known for being the base city to the Torres del Paine National Park, which was named the 5th most beautiful place in the world by National Geographic.

Puerto Natales experiences summer weather from November through March, with temperatures ranging from 50-60 degrees Fahrenheit. From April through October, temperatures tend to be in the low 40's. The best time to visit is in January when the temperatures are comfortable and it is fairly dry.

The major sight in Puerto Natales is located 15 miles northwest of the city called the Cueva del Milodon. The Milodon is a national monument made up of a series of caves and a rock formation called the Silla del Diablo, or Devil's Chair. The area is known as a major archeological site; it is where they found the fossils of the 12-foot Milodon sloth. Inside the Milodon Cave, you'll actually find a replica of the sloth!

When you first arrive in the city, make sure to take a walk to the Muelle Historico, the old dock of the city where only the posts remain. Take a relaxing walk along the seafront to the beginning of the dock were you'll get incredible views of the nearby mountains and sea.

Puerto Natales is a small city, with the city center being the main area of interest for tourists. Just west of the city is the Torres del Paine National Park, with daily minibuses leaving from the city center of Puerto Natales to the park. About a three-hour drive south is the major city of Punta Arenas, where you'll find the international airport and the southernmost brewery in the world, Austral Brewery. Or, head three-hours north to Punta ArenasEl Calafate to trek through the stunning glacial blue Lago Argentina.

The most popular activity in Puerto Natales is a trek through the nearby Torres del Paine National Park where you'll find stunning mountains, glaciers, lakes, and rivers. The area is covered in well-marked trails ranging from small day trips to week long adventures around the entire area. Closer to the city is the Mirador Cerro Dorotea, a private hiking trail that takes you through meadows and woods to top of the hill where you're rewarded with incredible views of the city and mountains. You have to pay a fee to get onto the trail, as the land is privately owned, but one of the owners will give you a brief introduction along with some tea and snacks when you arrive! Or, for something a little more relaxed but just as scenic, take a boat ride through the Patagonian fjords from a tour leaving from the beautiful Puerto Natales Pier.

As Puerto Natales is often the base camp for travels to nearby national parks, the city ensures that there are plenty of restaurants to fill up before daily adventures begin. You'll find many restaurants cater to tourists by offering many western foods, especially pizza! Cafes are also very popular here, selling coffee, mate tea, and pastries. Be careful with water consumption, the water quality is considered safe by the government but contains a high concentration of mineral content that may be harsh on a tourist's stomach. With that, you'll want to stick to bottled water and be sure to wash any produce you purchase with clean water.

The city is very small, meaning you can easily get around on foot. When going to the National Park, the JBA bus company is a great option as they offer comfortable options with the same daily schedule.