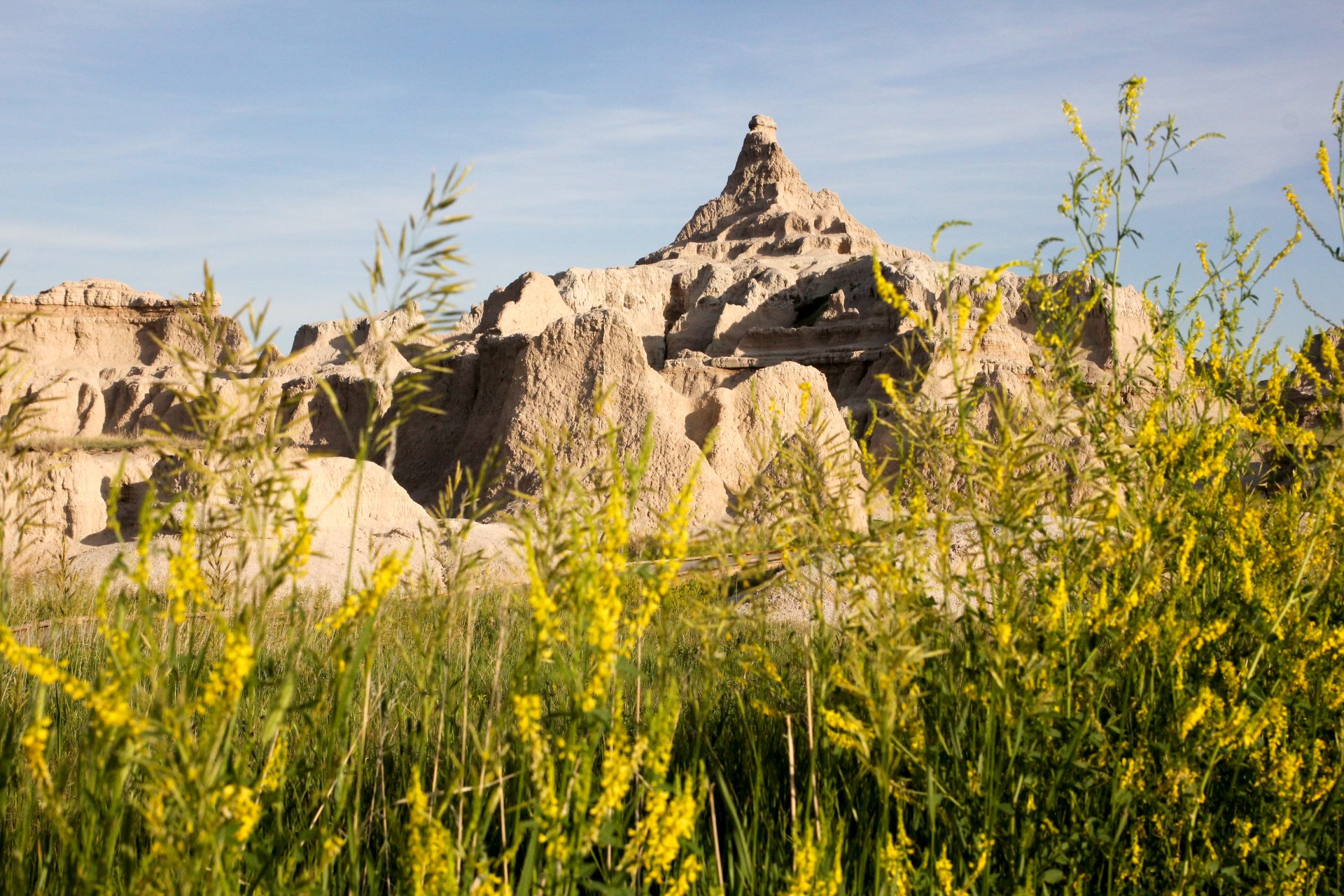 In the summer of 2017 we took a 3 month road trip across the U.S. and Canada. Here is our account of one section of our journey.

After Chicago we made the long haul west to an area of the United States that we were not familiar with, the southwestern region of South Dakota. It had been described to us by others as a true gem of the country, as it was home to so many parks, attractions, and wildlife. The area west and south of Rapid City is home to several national and state parks as well as the famous and frequently photographed Mount Rushmore. While Mount Rushmore draws a huge number of visitors every year, visiting this area and skipping the rest of the region would be like swinging through Paris to see the Eiffel Tower and visiting nothing else. The park areas around Mount Rushmore include large tracts of land where Bison roam freely, one of the largest caves in the world, unique geological landscapes not found anywhere else in the world, and fun cultural and historical attractions.

While we describe some of our adventures below, first I wanted to outline some of the many places you can visit in the area. In the area around the town of Hot Springs, you can visit the Mammoth Site, where you can see fossilized remains of ancient Mammoths. You can also visit the Pioneer Museum. Around the Mount Rushmore area are several state parks and protected forest land. Don’t miss the mesmerizing Crazy Horse Monument which is still in a state of construction, but is worth visiting to understand the important Native American history in this region. Also worth a stop for a hike is the nearby Sylvan Lake (or stay at the lodge for a night). The scenery is nice and the hiking trails are worth a look.

Badlands National Park was our first stop as we were driving in from the east. It’s characterized by unique geological formations that create a fascinating stretch of hills, valleys, and canyons showing multiple layers of rock. Additionally, the area has an interesting history relating to the local Native American tribes and early European settlers. As an added bonus, a number of animals can be seen quite easily in the park such as bison (also known as buffalo), prairie dogs, and pronghorn sheep. The rock formations are the real draw, as the white and beige peaks and towers resemble castles with interesting striped patterns.

As a break from the natural scenery of the park, we decided to have dinner one evening in the town of Wall, home to the famous (or not?) Wall Drug store. While it’s been around forever, it’s not really a store anymore as much as it is a small shopping area and play zone for kids that consumes the center section of the small town of Wall, South Dakota. With historical roots in the old west, Wall Drug is now a kitschy piece of Americana. Tourists can purchase souvenirs and western style clothing, and it’s also a good place to stop for a meal if you’re in the area.

After a few nights of camping in Badlands, the winds picked up. On the second night, the winds were whipping by at around 50 mph, which made it very difficult to sleep. So, early the next morning we moved on to our second destination in the area, the town of Hot Springs. About an hour and a half south of Rapid City lies this quaint small town at the southern end of the black hills. Named after a natural hot spring (which is now turned into a naturally heated indoor water park), the town is also home to a wooly mamoth archeological exibit and a number of local restaurants and hotels.

From Hot Springs we took the scenic roads through Wind Cave National Park and Custer State Park to visit Mount Rushmore. After all, this is one of the most iconic things to do around Rapid City, as it’s a famous landmark widely seen in movies, TV, and everyone else’s travel photos. The road to get there is arguably more scenic than Mount Rushmore itself. As you approach the monument from the south, the road passes through three small tunnels, each one designed to point you directly at the distant monument as you drive through it. A number of “pigtail bridges” are also part of the route which winds through the scenic mountains. Once we arrived, we took our requisite photos, had a snack, and then left. It’s important to note that the light hits the mountain better in the morning and mid-day instead of in the afternoon, for those of you that want to take that quintessential photo of the four faces carved in stone.

Wind Cave National Park was next on the agenda. Named for its massive subterranean geology, this park is home to one of the largest caves in the world. It’s so large that it maintains its own air pressure, creating a strong breeze at the entrance depending on the external air pressure at the surface, thus gaining its name Wind Cave. We took an hour long tour of the cave, but other shorter and longer tours are available. Several routes have been created with flat surfaces and stairs that are easy enough for almost anyone to walk through comfortably. One of the real gems of Wind Cave is what’s up on the surface: large herds of Bison, beautiful rolling hills, lush forests, and hoards of cute little prairie dogs.

Since the town of Hot Springs was named after a natural spring, we decided to check out Evans Plunge, the indoor pool and water park which is now situated on the site of the spring. With water warmed naturally by the spring, the large indoor pool has a lengthy history and plenty of fun activities for both kids and adults. Several water slides, plus a kids’ area and a row of rings to swing across provided us with several hours of great entertainment. They also have a spa area with hot tubs, a sauna, and other amenities. I also have to admit that the slide in the outdoor area was the fastest water slide I’ve ever experienced.

We saved Custer State Park for the last day because it was one of the largest in the region and we decided it needed an entire day for us to visit. The main section of the park can be traversed on the lengthy wildlife loop road which takes visitors past herds of pronghorn sheep, wild horses, more bison and prairie dogs, and some elusive coyotes. Off of this road are also numerous hiking trails which can take anywhere from a few minutes to an entire day to complete. We did a few of the shorter hikes with our daughter and stopped off to see the animals when we could (which was quite often). Finally we had a terrific meal at the State Game Lodge.

At the end of several days in the region, we were pleasantly surprised and impressed with all of the parks and activities that South Dakota had to offer. If we had more time, we would have easily filled our days. And we didn’t even make it into Rapid City, which could have provided us with even more fun. At least that will leave us with something to do next time.