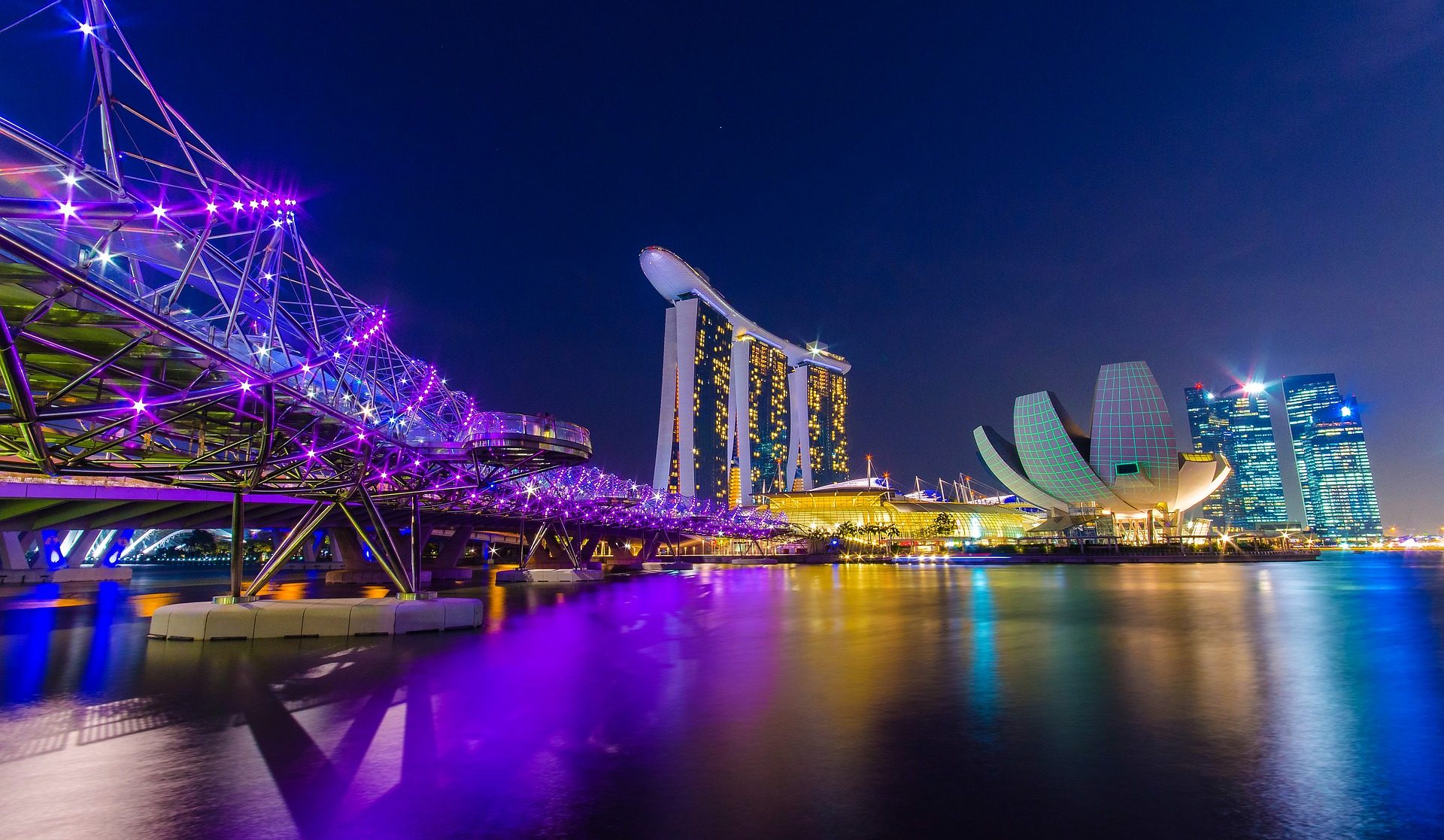 If you’re a fan of the Bachelor (you don’t have to admit to it publicly), then no doubt you’ve noticed the exotic and beautiful locations where the contestents spend their time. The ladies (and the guys) might seem preoccupied with their immediate drama (as are we), but who can overlook those amazing resorts and stunning locations?

So, where has Colton and his girlfriends visited this season? So far, they have ventured to Singapore, and are about to embark on a trip to Thailand.

Nestled at the southern tip of Southeast Asia, Singapore is both a city and a country. As one of the smallest countries in the world by land area, Singapore is very developed, very modern, and offers plenty of fun attractions and activities.

Colton first visited Sentosa Island with Tayshia. This small island at the southern end of Singapore is home to a number of attractions such as the bungee jumping platform that they visited. Also found on the island is the Universal Studios theme park, various resorts and restaurants such as the Hard Rock Cafe, several beaches, golf courses, walking and jogging trails, and a few historical sights. Sentosa Island is rightly one of the most visited places in Singapore by tourists.

On the group date, Colton and the ladies visited the street markets of downtown Singapore, specifically the areas around Chinatown. Here visitors can find all sorts of shops filled with facinating trinkets, clothes, and local restaurants. As you probably noticed from the show, some of the restaurants serve some very “authentic” dishes. However, don’t be afraid, plenty of restaurants serve terrific and gormet food at reasonable prices, too.

Finally, Colton spent another one-on-one date with Caelynn shopping in the numerous high-end shops in downtown Singapore. Shopping in this city is not only fun, but it can also be more affordable than in the U.S. or Europe. That evening, they strolled around the beautiful Gardens by the Bay, near the world-famous Marina Bay Sands hotel. At night this large park is lit up from the artistic flower-like towers which create a romantic and exotic atmosphere.

You may have seen the previews of upcoming weeks where the contestens are visiting exotic islands formed from near-vertical mountains and clear blue water.

This small island is mostly built on stilts and sits in the middle of Phang Nga bay, along with thousands of other islands. Home to a small population supported mainly by fishing and tourism, Koh Panyee can be visited from nearby locations such as Phuket (to the west) and Phang Nga City (at the north of the bay). While many visitors come here on a day-long boat trip (that also includes nearby James Bond Island and other interesting destinations), it is entirely possible to spend the night on this island, as a few small and simple hotel rooms are available at a fairly affordable price.

See Also  Now you can put travel costs on your own website!

While the ladies of the Bachelor stayed at the luxurious Robinson Club resort, we watched as they had an adventure in the jungle eating maggots. No, this is not typical food for most visitors to Thailand, but was just a fun to see how far the contestants would go.

At room or a villa at the Robinson Club is not as expensive as you might think: see prices here.

Khao Lak is located on the western shore of Thailand, a few hours north of Phuket. It is best known for beautiful beaches and scuba diving and snorkeling. It also has proximity to several natural jungle areas, including Lamru National Park and Khao Sok National Park. The Similan Islands are not too far off the shore to the west, making Khao Lak a great jumping off point for diving trips around those islands.

Perhaps your trip to Thailand will not be as dramatic as Colton’s. One can only hope….

Next stop, Vietnam! Nha Trang is a large coastal city located on the eastern shore of southern Vietnam. Typically known as a beach and party-oriented destination, Nha Trang is full of large hotels and resorts, along with smaller family-owned establishments. Plenty of restaurants, bars, and shopping can also be found here. Boating trips and “booze cruises” are quite popular activities as well.

In my opinion, this area of Vietnam, while fun, is perhaps the least cultural of the entire country. Other areas of Vietnam attract plenty of visitors for the great food, amazing natural beauty, distinct culture, and friendly atmosphere. Nha Trang, however, has the feel of a westernized beach town that has pushed out any of the real Vietnamese .

Colton and the ladies stayed at the luxurious The Anam resort, just south of the main area of Nha Trang. (Again, prices are not as expensive as you might guess.) If you visit, make sure that you’re ready for a commitment, otherwise, Colton will get question your relationship!

Denver was the next stop, as this is Colton’s home town. He and the ladies explored much of the downtown area, as well as a nearby ski resort for some snowboarding. Some of them also went for a ride on the nearby Georgetown Loop Railroad, which is a scenic and fun activity, especially for kids.

Where will they head next? After the hometown dates where Colton will sweat the stress of meeting so many parents, rumor has it that they will all head to Portugal! We’ll keep you updated….

Laurie is happiest on the road and has visited over 50 countries. She dreams about meeting tribal people, hiking through rice paddies, and driving longtail boats through crystal-clear waters. She enjoys photography, social activism, and helping others quit their jobs to travel. Laurie co-founded Budget Your Trip, and lives the life any nomadic soul would yearn for.

See Also  Coronavirus: I've Got A Holiday Booked, What Are My Options? (For UK residents)