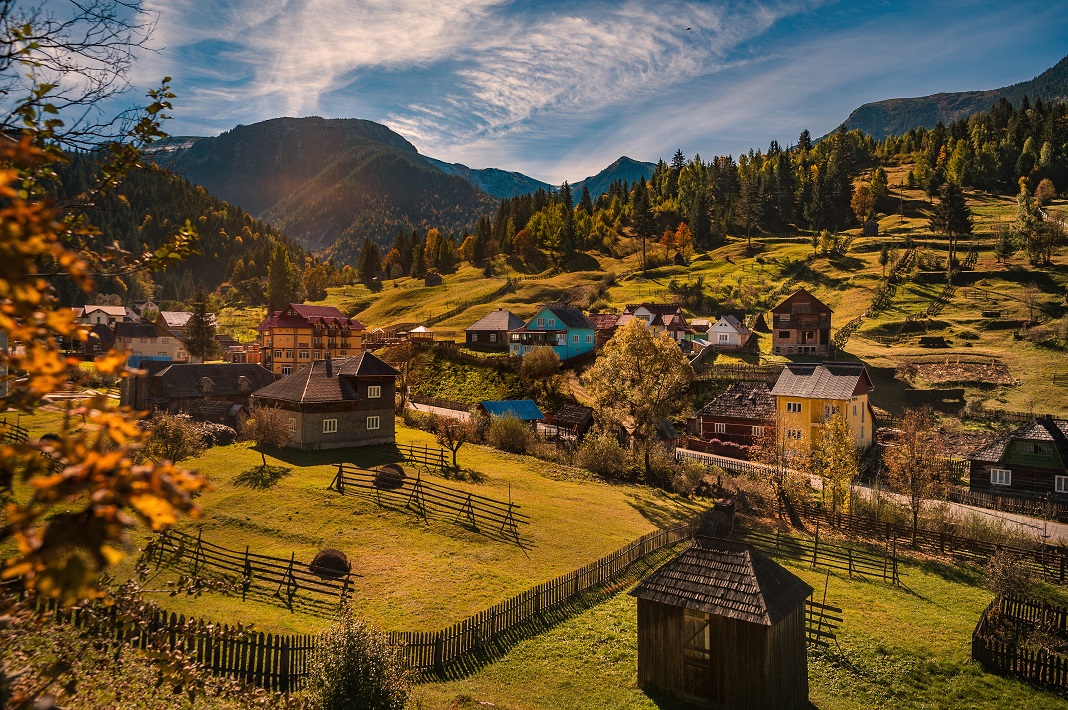 Probably the first thing that comes to mind when hearing about Transylvania is the legend of the infamous Dracula. While this might be the main reason why people want to visit the central region of Romania, those who’ve already been here will (hopefully!) tell you that there is much more to see than that Dracula’s Castle!

With rural and quaint villages where time stood still and folk traditions are still preserved, beautiful woodlands and picturesque hills, charming medieval towns and a theme park built inside a salt mine, Transylvania has everything you need for a unique trip to Romania. Plan 3-5 days for the sights mentioned below and look for some tours in Transylvania – you won’t regret it!

What makes Brasov one of the most beautiful cities in Europe and Romania is the unique and well-preserved 16th-18th century architecture of townhouses and city squares, with gothic and baroque elements mixed with modern and restored buildings. The medieval part of the city known as the Old Town is beautifully preserved, with most parts of the Fortress, the Watchtowers and the old City Gates being open for visitors. The medieval town was rebuilt many times throughout history, always preserving the beauty that helped Brasov gain its alias Crown City or Kronstadt. The most popular landmark is the 14th century Black Church which got its name because of a fire that turned its exterior walls black from smoke. A more peculiar attraction is the Rope Street, the 3rd narrowest street in Europe, with its width varying from 110-160 cm (44 to 53 inches). Brasov is your gateway into Transylvania and also a great place to set up base and explore the area on day trips.

As Romania’s #1 tourist attraction, Bran Castle doesn’t need any introduction. It is located about 50 km from Brasov, perched on a cliff surrounded by deep green forests that makes for beautiful landscapes. Although the infamous Count Dracula is what made Bran Castle so popular, this impressive and seemingly impenetrable medieval fortress has a fascinating 700-year-old history. Most of the rooms have been turned into exhibition areas showcasing authentic medieval decorations and the life of the Romanian Royal Family as Bran Castle became a Royal residence in the 1920s. Best time to visit? Preferably outside peak tourist season in July-August or on weekdays!

This is where you can admire Romania’s highest and longest limestone ridge measuring 15.5 miles in length and 6560 feet in height, unmistakable with its rugged peaks scratching the sky. The beauty of Piatra Craiului Park is featured in scenes from the movie Cold Mountain filmed here in 2003. If you are in for an adventure pick one of the many hiking trails that the Park offers. It doesn’t matter if you are a beginner or an experienced hiker, there is a trail for anyone. The 9.900 hectares of the National Park are filled with over 100 bird species, 200 butterfly species and over 150 endangered plant species included on the Red List and there are trails for every type of interest. The most popular with experienced hikers is the two-days trail crossing the massif’s ridge, surrounded by beautiful caves, glacial lakes and fairytale meadows. This is what makes the park a unique natural gem of Europe! All that’s left is to get your backpack ready, put on your boots and go hiking in Transylvania!

The Citadel as we see it now was built by the Saxons in the 12th century and it is, to this day, one of the best-preserved medieval towns in Europe. Thanks to its authentic medieval atmosphere and architecture, Sighisoara Citadel was designated as a UNESCO World Heritage Site. Its cobbled and narrow streets, old churches and defensive towers and walls are worth exploring for a day. One of the main attractions in the city is the house where Vlad the Impaler was born, a famous Romanian prince that lived in the 15th century and inspired Bram Stoker’s Dracula character – visit to find out why! The Citadel still features nine defense towers, two bastions and a beautiful main square home to year-round craft fairs. For a truly unique experience, visit Sighisoara Citadel during the Medieval Festival held yearly in July.

Jeremy Clarkson from Top Gear named it the best road in the world and for good reason! The Transfagarasan Road goes a little under 56 miles in length and its highest point reaches an altitude of 2,000m (6700 feet) crossing the Fagaras Mountains through five tunnels that go straight through the mountains. Driving on the Highway will be an unforgettable experience, but make sure to stop a few times to take in the breathtaking views of Romania’s natural scenery. The glacial Balea Lake at the top of the road is one important attraction you shouldn’t miss. Each winter an Ice Hotel is built with ice blocks extracted from the lake. The hotel is usually fully booked months before its construction so make sure to plan ahead of time. Fagaras Mts. are one of the most popular in Romania and are filled with hiking trails for hikers looking for a bit of adventure. We suggest you see all of these places on a Transylvania road trip through the region.

Turda Salt Mine, or Salina Turda as the locals call it, is one of the oldest salt mines in the world. The first excavations are believed to have been started by the Romans 2,000 years ago but the salt mine with the grottos and tunnels it has now dates back to the 17th century. The mine is about 400 feet deep and was transformed into a theme park designed to entertain both adults and kids. It holds a museum that documents the process of extracting salt from its walls, various equipment used for that and the extraction caves that tourists can visit. With carefully placed light installations, the mine will give you magical and unique feeling as you will discover the UFO-shaped theme park, with bowling alleys, mini-golf courses, ping pong courts, spas, and recreational areas. And with attractions like an underground Salt Lake and a Ferris Wheel no wonder Turda Salt Mine is such a popular destination.

This subregion of Translyvania located in the North-Western part of Romania is the best place to experience authentic rural life in Romania. Locals here live off the land and preserve traditional customs, crafts and ‘ways of doing things’. For example, woodcarving is so important and widely-used here for all types of small or big decorations that Maramures is also known as “Land of Wood”. Local craftsmen are more than happy to open their workshops and talk about their work, which typically runs in their families for centuries. But tourists can also walk or bike between villages to visit the UNESCO Wooden Churches, hike in the nearby woods and mountains and enjoy traditional Romanian dishes with homegrown produce!

Marius Iliescu is the founder of Romanian Friend – a local initiative promoting handpicked tours with the best local guides so travellers can discover the authentic beauty of Romania while supporting responsible tourism. Plan your trip with help from a Romanian Friend and follow us on Facebook or Instagram to see what you can visit!