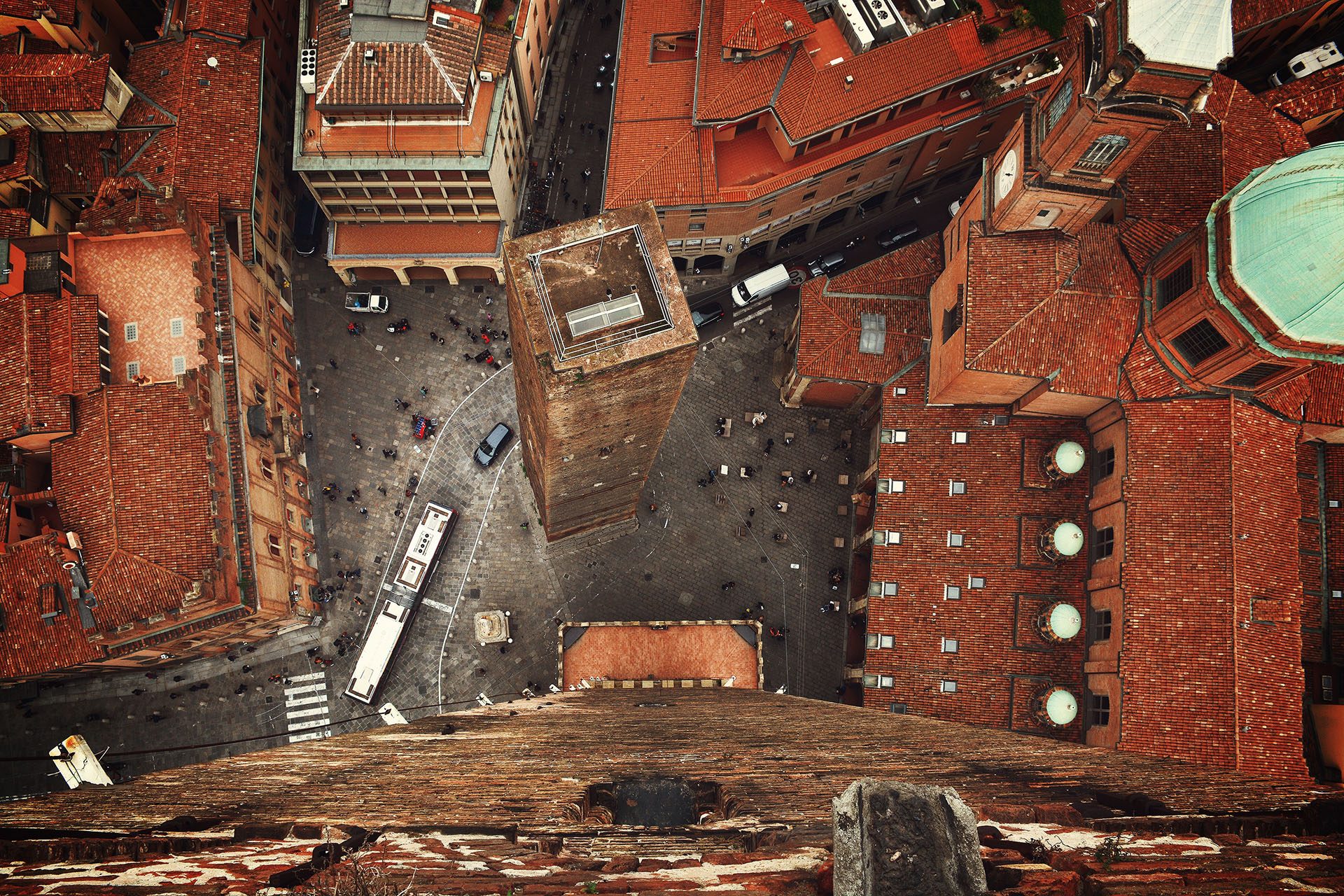 The world is full of fascinating places, some well-known, some overrun with tourists and others rarely explored. Like you, I am always up for a challenge and thrive in getting out of my comfort zone. So here follows a handpicked selection of towns, cities and regions from around the globe that are ideal for day trips or as alternatives to their more famous neighbors.

Just a 1-hour train ride from Florence, Bologna is every bit a quintessential an Italian city. Roman and medieval origins blend seamlessly with the youthful vibe of students from one of the world’s oldest universities while the flavors of local restaurants make it a veritable foodie’s paradise. Bologna was a forward-thinking place way back when city planners erected miles of arcades and porticoes to allow residents to walk for long distances around the Centro Storico without getting wet. From Piazza Maggiore, the beating heart of the city, you won’t have to walk far to discover landmark Baroque and Renaissance buildings. Highlights are the San Petronio Basilica and leaning tower Torre Garisenda.

Offering a striking contrast to the architectural landscape are graffiti-decorated squares such as the Piazza Verdi. Students have been politically and socially active here ever since the University of Bologna was established in 1088 and use graffiti as a form of expression. With students comes a young population, which has a favorable influence on the bar and nightlife scene. One thing that all city residents agree upon is its mouthwatering cuisine. Wander the alleyways of the Quadrilatero market and you’ll find every food type imaginable. Sample fresh tortellini stuffed with pork, prosciutto and mortadella. Or sprinkle parmesan cheese from the Emilia-Romagna province over a bowl of pasta and the eponymous Bolognese ragu sauce.

If you like a generous sprinkling of magnificent architecture with an easygoing charm by day and a lively nightlife scene then Brno is the place for you. It won’t take long to fall in love with this former stronghold nestled amid the gorgeous countryside of the Czech Republic’s South Moravia region. Simply take a stroll around the old town to be impressed by the Cathedral of St. Peter and Paul and the Capuchin Monastery. Or live the life of the city’s medieval rulers at Špilberk Castle. There’s superb museums, too, such as Brno House of Arts and Moravian Museum.

After absorbing the historical attractions you’ll deserve a well-earned break. Cafés with outdoor seating areas line the grandiose squares that pepper the old town. Order a coffee and pastry, sit back and enjoy watching the thousands-strong student population go about their business. Then join them after dark at brewpubs, wine bars and live music venues. Definitely try the Starobrno beer, produced at a local brewery that has roots traceable back to the 1300s. Being only a few hour’s drive from Prague, this is the place to experience Czech charm free from the mayhem of the nation’s capital.

What do most visitors to Greece want to do after seeing the ancient sights of Athens? Bask on the beaches of its idyllic islands is often high on the agenda. But should you have the urge to try something different, then the port town of Nafplion is highly recommendable. Situated on the Peloponnese peninsula, King Otto made Nafplion the first capital of the Kingdom of Greece before the title was given to Athens. Prior to this the Byzantines, Venetians, Turks and Ottomans all left their mark on the town.

The Old Town is the perfect place to put your map aside, wander aimlessly and appreciate the pomp of the previous ruling empires. Vivid flowers overflow from balconies along narrow alleyways, creating postcard-perfect images at the turn of every corner. Taverns set up tables on the pavements and locals sip on beer, wine and ouzo while stood at the windows of bars. Not content with one hillside fort, the town has two that gaze out over the glistening Argolic Gulf. This secret gem is only a 2-hour drive from Athens and if you’d still like to hit the beach then the resorts of Karathona and Tolo are close by. After all Greece, and Athens more specifically, is one of the best winter destinations in Europe, so you can visit all year long.

Despite being a much-loved holiday destination among Chileans, Southern Chile is often discarded by international tourists in favor of reaching the remote Patagonia region. Those that do make it uncover a region with a spectacular natural landscape made up of the Andes mountain range, forests, lakes and volcanoes. There’s beach towns, hot springs and a lively university town. Its location on the lands of Mapuche tribespeople presents an interesting cultural heritage, too.

If you love beer and food then be sure to check out Valdivia, Chile. German settlers arrived here in the 1840s and brought with them their passion for brewing, something that goes down well with the party-loving university crowd. The annual summer Bierfest is a riotous celebration of beer, food and music. Explore the lakes and volcanoes around Puerto Varas for something more adventurous or kick back in the hot springs of Pucón after kayaking on Villarrica Lake. You could also catch a boat to curious Chiloé Island, in the Chiloé Archipelago. Isolated from the rest of Chile, the island has a unique culture based on Chono and Hulliche traditions. Check out the collection of UNESCO-protected churches. Shellfish, vast varieties of potatoes and dishes cooked in earth ovens typify the delicious cuisine here.

See Also  3 Tips to Navigate China Without Speaking the Language

Flights and long-distance buses connect Southern Chile with Santiago, making it an excellent option for breaking up the grueling journeys into Patagonia.

As the smallest of Japan’s four main islands, Shikoku is by no means lacking in things to see and do. Situated south of Honshu island, it’s a wonderful introduction to the rural life of the Japanese archipelago. Tall mountains, deep valleys and meandering rivers sprawl across the interior, pretty beaches dot the Pacific coastline and centuries-old temples celebrate Buddhist traditions. You can get here by road, by flying from Osaka and catching a boat from Kobe so there really is no excuse to not venture off the typical Tokyo-Kyoto tourist trail.

A great way to see the coastline is to walk some, or all if time allows, of the 1,200-kilometer Shikoku Pilgrimage, which travels between 88 temples dedicated to the Buddhist priest Kobo Daishi. Visit waterfalls and hot springs, hike to mountain peaks and go white-water rafting in the Iya Valley. Gaze across pristine rice paddies from quaint rural villages such as Kamikatsu and Umaji. Boats leave from Takamatsu to Naoshima, where art galleries and museums stand on hillsides. Come to Shikoku in August for the Awa Odori dance festival in Tokushima. Colorful parades and folkdances take over the streets to welcome the spirits of departed ancestors.

Ivan is a freelancer and online entrepreneur who lived in different parts of the world before settling down in South America. He maintains a small project about relocating and living in Chile: Valdivia Guide.