A Travel Comparison for Vacations, Honeymoons, and Tours China vs. Thailand

Should you visit China or Thailand?

Thailand and China are both very popular destinations, seeing millions of tourists every year. But each country has something unique to offer.

China is massive, diverse, enigmatic, beautiful, and chaotic. But it's hard to summarize the price of everything in a country as large as this. From sprawling metropolises to sparsely populated countryside, the price of travel in China is as diverse as its attractions. Large cities are generally higher in price than the countryside, but overall China is surprisingly affordable.

Which country is cheaper, Thailand or China?

Should I visit China or Thailand? This is a popular question for many travelers. By figuring out which country is more expensive, you'll understand where you'll get more bang for your buck. A week in Thailand can cost you about $638 (per person), while a week in China may cost you around $480. These differences become even more noticable if you plan to spend a longer time in the country. 10 days, two weeks, or even one month of travel to Thailand or China can really add to your travel budget.

When comparing food in China vs. Thailand they are not just different in cuisine, but also in price. Meal and restaurant costs in China ($20) are often cheaper than Thailand ($14).


How much are flights to China and Thailand?


Find a Hostel in China or Thailand

When is the best time to visit China and Thailand? 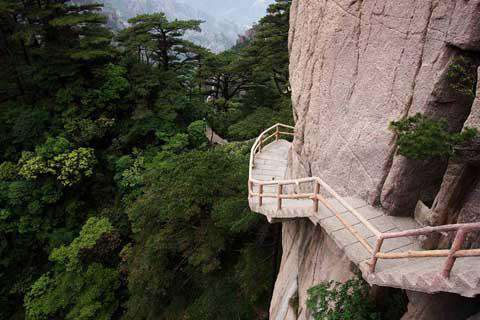 Huangshan
As China is geographically large, the weather varies by region. The northeast experiences four seasons, while the south is fairly mild and tropical. The west can be cold in the winter as well, and sometimes harsh in the high plateaus and mountains.

Why is China more expensive than Thailand?

Thailand is generally cheaper due to its economic reliance on tourism and agriculture instead of other high-end industries. The cost of living in Thailand is fairly low. While it's still more expensive in Thailand than in some of its neighboring countries, Thailand's overall economy is not as strong as some of the larger Asian nations. This means that the tourist dollar goes farther here than elsewhere (one of the best reasons to visit).

What are the most expensive and cheapest cities and regions in China and Thailand? 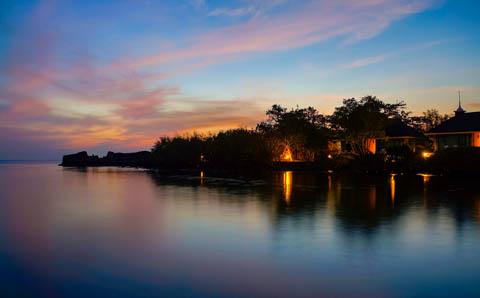 Koh Chang, Thailand
Like large cities in any part of the world, with more people comes more diversity in prices. Some of the most expensive hotels and restaurants in China can be found in Beijing and Shanghai, as well as other touristy areas. But at the same time, these crowded cities also offer cheaper options.

As a general rule in Thailand, the more touristy a destination, the more expensive it is. Southern Thailand is more expensive than northern Thailand with some of the most expensive areas being the islands of Phuket, Koh Phi Phi, Koh Samui, and Koh Phangan. The time of year can also dramatically effect cost. During the Full Moon Party festivals, prices in Koh Phangan can climb, but expenses are more reasonable during slower times.

Just like in China, visitors to the larger cities in Thailand can experience a mix of prices. With a more diverse range of options, travelers to Bangkok, Chiang Mai, Pattaya, and other urban areas can find both cheap and expensive accommodation and food options.

In the countryside of northern Thailand, prices tend to be cheap. Smaller towns in the north wish to attract visitors and lower their prices accordingly. However, sometimes transportation can get pricey. The same is true in rural China.

How you can save money when visiting China and Thailand?

Use public transportation whenever possible. China's network of trains between cities has grown lately, and high speed rail lines connect every major city in the east, as well as some in the west. Not only is it fast, but it's also affordable. Avoid paying a premium for tourist or "VIP" buses that travel between major tourist destinations. Often, the government bus station will be in the center of town or separated from the tourist areas.

Stay at locally owned hotels, and eat at local restaurants instead of giving your business to national and international chains. The prices are great, the service is great, and you'll have a more enjoyable and authentic experience.

Negotiate hard! This is particularly true in Thailand as well as many parts of China.

Plan your timings. Festivals and national holidays are fun but expensive. If going to the Full Moon Party isn't your priority, avoid the island areas of Thailand during these times. Also look at the holiday schedule to see when locals are on vacation.

Japan vs. ChinaHong Kong vs. ChinaSouth Korea vs. China