A Travel Comparison for Vacations, Honeymoons, and Tours Japan vs. China

Should you visit Japan or China?

Japan and China are both large Asian countries that see many visitors for similar reasons. Their unique histories and cultures, great food, friendly people, and charming mystique draw crowds from around the world. While these two countries have many similarities on the surface, they are very different once you dig deeper.

And the price of travel in these two nations can be quite different, too.

Once isolated but now a major world contributor, Japan is a nation of long history and honorary culture combined with a modern technological nation. In Japan, visitors can see ancient temples, castles, and shrines, and then eat at fully automated restaurants under neon lights while immersing themselves in an online culture. Away from the larger metropolitan areas, a serene agricultural
and rural countryside awaits. Here visitors can go biking, hiking, boating, or even relax on the beach.

On the other hand, China is huge and diverse nation that is also crowded and chaotic at times. It's hard to summarize all of China in a country as large and diverse as it can be, both in population and geography. From sprawling urban areas to sparsely populated wilderness in the western regions, the cost of travel in different areas of China can be as diverse as its attractions. The bigger cities are generally more expensive than the smaller cities and towns, but overall China is surprisingly affordable for anyone visiting from the U.S., Europe, or Australia.

Which country is cheaper, China or Japan?

Should I visit Japan or China? This is a popular question for many travelers. By figuring out which country is more expensive, you'll understand where you'll get more bang for your buck. A week in China can cost you about $486 (per person), while a week in Japan may cost you around $818. These differences become even more noticable if you plan to spend a longer time in the country. 10 days, two weeks, or even one month of travel to China or Japan can really add to your travel budget.

When comparing food in Japan vs. China they are not just different in cuisine, but also in price. Meal and restaurant costs in Japan ($28) are often cheaper than China ($20).


How much are flights to Japan and China?


Find a Hostel in Japan or China

When is the best time to visit Japan and China? 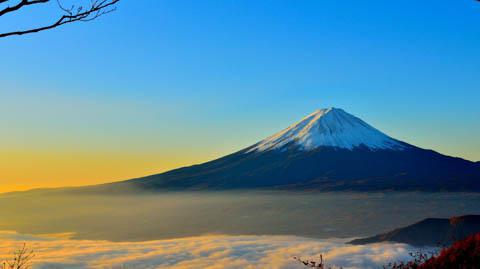 Mount Fuji, Japan
Japan experiences four seasons just as Europe and North America do. Winters in northern Japan can be very cold with plenty of snow. The southern islands are generally more mild and sometimes even warm in the winter, however. Summer is the typical peak travel time for most of the nation, especially in the larger cities in the central and northern regions of Japan. If you want to save some money, visit during the shoulder seasons for mild weather and lower prices. Skiing is common in some of the mountain areas in the winter, too.

As China is very large, geographically speaking, the weather varies by region. In the northern areas, four seasons are the norm, while the south is fairly mild and tropical throughout the year. The west can be very cold in the winter as well, especially as you approach central Asia, and sometimes harsh in the high plateaus and mountains.

In northeastern China, such as around Beijing, winters can be very cold and less tourists visit during this time. However, some areas have winter festivals (such as the famous ice festival in Harbin) which can bring in large crowds despite the snow and ice.

Summer in the northeast can be warm or even very hot and humid. Despite the heat, this is still the peak season in this region, especially in Beijing which sees a large number of tourists. Traveling in the shoulder season will usually lead to much lower prices, as well as more mild weather, too.

In the south, from Shanghai down the coast and across to southwest China, expect warm weather almost all year. This area is much more tropical, and is similar in weather to the southeastern United States and Florida. While winters do get a little cooler, it's not much to worry about. For this reason, travelers visit southern China all year, sometimes even favoring the cooler winters over the warmer summers.

In the western regions of China, the mountains and rugged terrain make everything a little more complicated. The Tibetan plateau and other mountain ranges disrupt the warmer weather patterns of surrounding provinces. Even in the usually warm southwest, higher elevations equate to colder weather, so plan accordingly. As you venture into the northwest of China near Mongolia and central Asia, expect frigid winters but more mild summers.

Other than weather, the only thing to watch out for at certain times of the year are the Chinese national holidays. During these very busy times, which usually last a weekend or a whole week, many of the Chinese people will travel on their own to experience different areas of their own country. As this was not possible only a few decades ago, the Chinese are now exploring their own nation like never before. Expect hotels to be full and transportation to be crowded, and reservations are often required. You may wish to avoid the country during these times, or stay put in a smaller city where prices are a little cheaper.

Why is Japan more expensive than China?

The main reasons that Japan is more expensive than China is because Japan has one of the highest costs of living in the world and an extremely strong economy, leading to an increased price for anything tourism related. Modern and luxurious hotels with high-tech furnishings have become quite common. Also, the public transportation systems will offer you every convenience and comfort. But these conveniences don't come cheap. While cheaper hostels and budget hotels can be found, they are still expensive due to the higher wages and high cost of living. This makes them more expensive than their counterparts in other Asian nations. Even food can be expensive in Japan, where many goods and supplies are imported from other islands or mainland Asia.

China is overall much cheaper to visit than many other developed countries in the world. Although the economy is growing, especially for the Chinese middle class, competition for tourists plus overall low wages in rural areas keep the general cost of travel down.

A pro-business Chinese economy (which is somewhat new in the last few decades) means that tourists will see more hotels, restaurants, taxis, and attractions than before. Many of the Chinese people are competing for your money as a tourist, as local families are allowed to start their own businesses. Budget hotels in China are growing by leaps and bounds. Generally, the prices for hotels and hostels in China are cheaper due to the huge number of options throughout the country. As China is very crowded, even smaller towns have a large enough population to support at least a hotel or two. While major cities have many hostels, even smaller cities and small towns are starting to jump on the hostel bandwagon, providing both dorms and private rooms for everyone of all ages: families with kids, students, backpackers, and luxury travelers.

What are the most expensive and cheapest cities and regions in Japan and China?

Longsheng, China
The big metro areas in Japan, such as Tokyo and Kyoto, are usually more expensive than out in the countryside. In these more crowded cities, as well as tourist destinations, hotels and restaurants have higher prices due to more demand for services. While the rural areas are not necessarily "cheap", they still offer a good value and have lower prices than the urban centers. More bargains can be found outside of the cities, although some of the beach and mountain resort destinations can get expensive.

Likewise, some of the most expensive areas for travel in China can be found in Beijing and Shanghai, as well as other more heavily visited areas such as Guilin and Xi'an. But at the same time, these crowded cities also offer cheaper options as competition for every type of traveler has become the norm.

Western China can be an expensive region to visit. This is due to the remote nature of the destinations. Out here, less cities and towns can be found, and transportation is pricey, food is more scarce and thus more expensive, and hotels are found less often. But at the same time, this enigmatic region can be worth the visit, and isn't that much more costly than the more populated eastern regions when compared to the cost of travel in other countries.

Otherwise, some of the most expensive places for travelers throughout China are the destinations that require people to pay for more activities. A cruise through the famous three gorges, for example, is one of the highlights of China, but it is not cheap. Hiking in the mountains or visiting world-famous parks that require entrance tickets are also worth the visit, but they can add to your travel budget.

Tibet can also become expensive because of travel restrictions, the cost of reaching remote locations, and a general lack of infrastructure. If you plan to travel to Tibet, pay close attention to the entrance requirements.

How you can save money when visiting Japan and China?

In Japan, look for and book budget accommodation online, and shop around. This will help with your overall budget, as hotels and hostels tend to be expensive and often fill up during peak times.

On the flip side, many Chinese hotels and hostels can be cheaper if you arrive without a reservation. In larger cities, this is often not the case, but it is usually a benefit in smaller towns.

To eat cheaply in Japan, look for one of the many hole-in-the-wall restaurants that serve traditional Japanese noodles and soup such as ramen. Often, these establishments will have a vending machine that takes your payment and gives you a ticket for a meal. Buy a ticket from the machine, and then the cook will prepare your bowl of noodles in a hurry.

Use public transportation whenever possible. Both China and Japan have extensive rail networks both within cities and between cities. China's network of trains between cities has grown lately, especially with high speed bullet trains that connect every major along the east coast, as well as many in the west. Not only is it fast, but it's also affordable, and it's often more convenient than flying.

Despite the amazing rail system in China, you should still look into the price of flights. The Chinese government subsidizes many airlines, leaving visitors with plenty of ways to get around this huge country cheaply and affordably.

If you want to save money, stay at locally owned hotels, and eat at local restaurants. The prices are great, the service is great, and you'll have a more enjoyable and authentic experience.

Be sure to smile and make friends with the locals. You'd be surprised at how far this will get you. Many visitors have stories of how a friendly local helped them out in a time of need, or got them a good deal on something.

Hong Kong vs. ChinaChina vs. ThailandSouth Korea vs. China