How much does it cost to travel to Livorno?

How much money will you need for your trip to Livorno? You should plan to spend around €108 ($114) per day on your vacation in Livorno, which is the average daily price based on the expenses of other visitors. Past travelers have spent, on average, €34 ($36) on meals for one day and €19 ($20) on local transportation. Also, the average hotel price in Livorno for a couple is €120 ($126). So, a trip to Livorno for two people for one week costs on average €1,517 ($1,596). All of these average travel prices have been collected from other travelers to help you plan your own travel budget.

A vacation to Livorno for one week usually costs around €759 for one person. So, a trip to Livorno for two people costs around €1,517 for one week. A trip for two weeks for two people costs €3,035 in Livorno. If you're traveling as a family of three or four people, the price person often goes down because kid's tickets are cheaper and hotel rooms can be shared. If you travel slower over a longer period of time then your daily budget will also go down. Two people traveling together for one month in Livorno can often have a lower daily budget per person than one person traveling alone for one week.


How expensive is Livorno? How much money do I need for Livorno?

How much does a trip to Livorno cost? Is Livorno expensive? The average Livorno trip cost is broken down by category here. All of these Livorno prices are calculated from the budgets of real travelers.

How much do vacation rentals cost in Livorno? Prices vary by location, date, size of the place, and the level of luxury. See below for options.

How much does it cost to go to Livorno? Naturally, it depends on the dates. We recommend Kayak because they can find the best deals across all airlines.

The price of renting a car in Livorno will depends on dates, the type of car, the location, and your age. We recommend Kayak because they can find the best deals across all car rental companies.

Livorno On a Budget 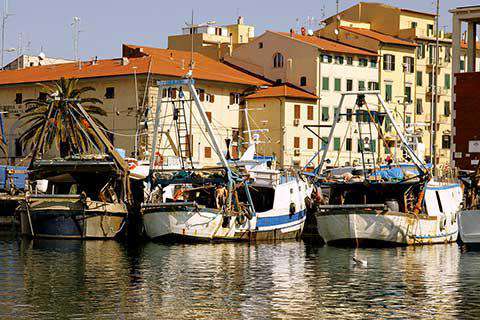 Livorno, Italy
Livorno is a relatively large port city on the Tyrrhenian Sea on the western coast of Italy. It has a population of just over 160,000 and is well connected by ferry. Because of the many ferry connections, Livorno makes a convenient starting point for a tour of Tuscany. Pisa is accessible within half an hour and both Lucca and Florence can be reached in a little over an hour. Several of the hotels in town organize comprehensive and efficient tours of the area that might include Chianti, Monteriggioni, San Gimignano, Siena and Volterra all in one day. If you're arriving on a cruise ship and hoping to make it back before departure time, then these tours are not recommended.

If you decide to spend some time in Livorno then there are some interesting sights around town. Quattro Mori, which is the Monument of the Four Moors, is one of the most popular monuments in town. Museo Civico Giovanni Fattori was opened in 1994 and has an impressive collection of paintings by Giovanni Fattori. It is located inside Villa Mimbelli. The Old English Cemetary, dating back to 1645, is the oldest foreign Protestant burial ground in Italy. The Funicolare di Montenero is also interesting as it is one of the few cable railways still in service.

Although most people simply pass through Livorno, there are some interesting places to wander. The Venice Neighborhood, or Quartiere La Venezia in Italian, is fascinating in part because of its similarities to its namesake. There are many canals and its a great place to enjoy a beer outside during the summer months. There are also some great sights around the area. The Dominican Church is at its center and is an impressive sight.

Many people chose to head out of Livorno and travel to the nearby Tuscan sights, but if you want a relaxing stay without going far then you can visit one of the two nearby spas. San Giovanni's Spa looks out on the Gulf of Portoferraio and makes use of the surrounding marshland. Venturina's Spa makes use of the thermal waters that are thought to be quite therapeutic.

There are a handful of modestly priced restaurants around town. Trattoria Sottomarino is near Piazza della Repubblica and Fortezza Nuova. They offer a variety of fish dishes including the local specialty cacciucoo. This is a type of fish stew that is quite delicious. Alternatively, you could try Cantina Senese. This restaurant is famous for both its cacciucco and riso nero, or black rice. Riso nero is a risotto dish that has been darkened with squid ink. Another local specialty is torte di ceci, which is a savory pie that is made with chickpeas. These are available around the fish market.

Most people access Livorno by sea. It is also a common stop off for cruise ships in the area as it provides easy access to both Florence and Pisa. There are direct ferry routes to many cities including Barcelona, Bastia, Golfo Aranci, Olbia, Palermo and Porto Vechio. You should book your tickets well in advance though, particularly during the peak summer months when ferries fill up early.

If you arrive by cruise ship and are planning to stay in town, then you can catch a shuttle (bus #1) to the downtown area where you can enjoy shopping and exploring. From the downtown area it's about a ten to twenty minute walk to the train station. It's easy to catch a train to either Pisa or Florence. Do remember that unless you are completely confident of your schedule, you do risk missing your cruise ship's departure. It's also recommended that you visit only Florence or Pisa as a day trip, as trying to combine the two feels very rushed and less enjoyable.