How much does it cost to travel to Mexico City?

How much money will you need for your trip to Mexico City? You should plan to spend around M$757 ($35) per day on your vacation in Mexico City, which is the average daily price based on the expenses of other visitors. Past travelers have spent, on average, M$195 ($8.92) on meals for one day and M$127 ($5.77) on local transportation. Also, the average hotel price in Mexico City for a couple is M$723 ($33). So, a trip to Mexico City for two people for one week costs on average M$10,604 ($484). All of these average travel prices have been collected from other travelers to help you plan your own travel budget.

A vacation to Mexico City for one week usually costs around M$5,302 for one person. So, a trip to Mexico City for two people costs around M$10,604 for one week. A trip for two weeks for two people costs M$21,208 in Mexico City. If you're traveling as a family of three or four people, the price person often goes down because kid's tickets are cheaper and hotel rooms can be shared. If you travel slower over a longer period of time then your daily budget will also go down. Two people traveling together for one month in Mexico City can often have a lower daily budget per person than one person traveling alone for one week.


How expensive is Mexico City?

How much does a trip to Mexico City cost? Is Mexico City expensive? The average Mexico City trip cost is broken down by category here. All of these Mexico City prices are calculated from the budgets of real travelers.

How much does it cost to go to Mexico City? Naturally, it depends on the dates. We recommend SkyScanner because they can find the best deals across all of the airlines.


How much money do I need for Mexico City?

How much do tours to Mexico City cost? Multi-day tours can often be an effecient way to see the highlights of a country or region.

Find a hostel, guesthouse, or B&B in Mexico City

Mexico City On a Budget 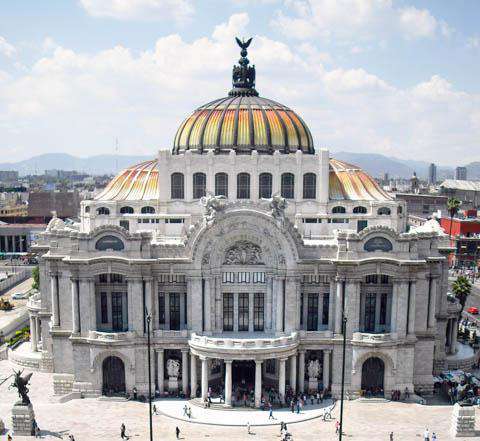 Mexico City
Mexico City is one of the largest and most populated cities in the world. There are an estimated 26 million people living in the greater Mexico City metropolitan area. The area is about 60 kilometers by 40 kilometers and is surrounded by tall mountains and volcanoes on three sides. Mexico City proper has about 8.8 million people and is the capital of the country. More than a third of the country's economy is based here, making it the wealthiest city in all of Latin America.

The city's climate can be divided into two seasons. The dry season is between November and April and the rainy season is between May and October. The spring months are usually warm and the summer months have frequent rain, particularly in the afternoons. The winter months can be quite cool with temperatures dropping to freezing at night or in the early morning.

Many of the city's major sights and landmarks are found in the downtown area. This part of the city dates back to the pre-Columbian 12th century, so there are countless historical buildings. Popular landmarks in Mexico City include Plaza de la Constitucion, La Catedral, Angel de la Independencia, Basilica de Guadalupe, Ciudad Universitaria, Coyoacan, and Plaza Garibaldi-Mariachi.

Popular parks in the city include Chapultepec Park and Zoo, Xochimilco, Parque Mexico and Parque Espana, and Viveros de Coyoacan.

Mexico City is divided into many districts, some of which are more influential than others. Centro Historico is the original district of Mexico City. It includes Zocalo and Plaza de la Constitucion and has many colonial buildings of importance. Polanco is one of the wealthier residential neighborhoods that also has many embassies and some high end shopping. Zona Rosa has much of the city's entertainment, but it is also a business district. Many museums as well as much of the city's culture can be found in Coyoacan. Condesa and Roma have many of the area's trendy restaurants and clubs, as does the recently gentrified area known as San Angel.

There are countless activities that you can enjoy while you're in Mexico City. Many of them are quite affordable, especially if you're backpacking through Mexico. Sporting events include soccer or baseball games, both of which are thrilling and adrenaline filled. Estadio Azteca is the biggest soccer stadium in the world and was built for the 1968 Olympic Games. It seats 129,300 people and is home to Club America, which is one of the most famous soccer clubs in Mexico. Other stadiums and arenas around town include Estadio Olimpico de Ciudad Universitaria, Foro Sol, Palacio de los Deportes, Arena Ciudad de Mexico, and Estadio Azul.

There are several amusement parks in the city as well including Six Flags Mexico and La Feria de Chapultepec. Seasonal festivals include Independence Day "Yell", the Independence Parade, the Day of the Dead, and Wise Men's Day.

Mexico is a large and diverse city and its restaurant scene can be quite diverse. In addition to the typical Mexican fare which you can find everywhere, there are international restaurants with cuisine from Poland, China, Japan, France, Italy, and Argentina among many others.

The most popular restaurant neighborhoods are found in Polanco, Condesa and Roma, Centro, Zona Rosa, and along Avenida Insurgentes from Viaducto to Copilco. There is also a growing scene in Santa Fe.

Mexico City Car Rental Prices
Compare prices across all major rental companies:
Mexico City can be overwhelming to navigate. Driving is not a realistic option for tourists and it is not recommended that you attempt it. Public transportation options include a metro system that is generally good as well as a bus system and an electric trolley bus system. There are also plenty of private buses that cover routes throughout the city.

The metro system is one of the largest and most used systems in the world. There are 12 lines with trains the run every few minutes. Convenient lines for tourists include Line 1 (pink) that goes through Centro Historico, the Chapultepec Forest, Condesa and Roma neighborhoods, and the Northwest Bus Station. Line 2 (blue) also goes through Centro Historico to the South Bus Station. Line 7 (orange), Line 9 (brown), and Line 3 (green) also hit several tourist attractions.

For many visitors, taxis are the easiest option. Make sure you only accept rides from official taxis, which have a red box with the word "TAXI" in the center lower area of the license plate.