How much does it cost to travel to Geneva?

How much money will you need for your trip to Geneva? You should plan to spend around Sfr153 ($168) per day on your vacation in Geneva, which is the average daily price based on the expenses of other visitors. Past travelers have spent, on average, Sfr38 ($42) on meals for one day and Sfr6.86 ($7.53) on local transportation. Also, the average hotel price in Geneva for a couple is Sfr212 ($232). So, a trip to Geneva for two people for one week costs on average Sfr2,146 ($2,356). All of these average travel prices have been collected from other travelers to help you plan your own travel budget.

A vacation to Geneva for one week usually costs around Sfr1,073 for one person. So, a trip to Geneva for two people costs around Sfr2,146 for one week. A trip for two weeks for two people costs Sfr4,292 in Geneva. If you're traveling as a family of three or four people, the price person often goes down because kid's tickets are cheaper and hotel rooms can be shared. If you travel slower over a longer period of time then your daily budget will also go down. Two people traveling together for one month in Geneva can often have a lower daily budget per person than one person traveling alone for one week.


How expensive is Geneva? How much money do I need for Geneva?

How much does a trip to Geneva cost? Is Geneva expensive? The average Geneva trip cost is broken down by category here. All of these Geneva prices are calculated from the budgets of real travelers.

Find a hostel, guesthouse, or B&B in Geneva

How much does it cost to go to Geneva? Naturally, it depends on the dates. We recommend SkyScanner or Kayak because they can find the best deals across all airlines.

Tips and Handouts Budget in Geneva

The Best Hostels in Geneva for Solo Travellers, Couples, and FamiliesZurichBasel

Geneva On a Budget

Geneva, Switzerland
Geneva is the second largest city in Switzerland and was previously the home for the United Nations Headquarters. The UN is now housed in New York City, but there is still a very strong presence in Geneva. Geneva is not known to be as energetic as some other European cities, but if you search it out, then you're sure to find some interesting places and lively nightlife. It's a very international city, in part because of the heavy UN presence, giving it an interesting feel. It is a French speaking city, and advertisements, signs, and television are all done in French.

Geneva's climate is temperate, oceanic. The winters are cool with frosts at night and occasional ice storms. Summers are comfortable and warm. Rain falls relatively evenly throughout the year. Swimming in the lake is a popular activity during the summer months and skiing in the nearby mountains is common during the winter months.

There are plenty of sights around town, many of which reflect the city's rich history and its current international feel. Make sure you make a point of visiting Cathedrale St-Pierre, Palais des Nations, Quartier des Grottes, and Monument Brunswick. Popular museums in the city include the International Museum of the Reformation, the Museum of the International Committee of the Red Cross, and Musee d'Art Moderne et Contemporain.

Geneva can be divided into two section, the Rive Gauche and the Rive Droite, or the left and right banks of the River Rhone and the lake. You'll find many of the international organizations as well as many of the international residents on the Rive Droite. Here you'll also find the airport and the main train station, in the Paquis district. On the Rive Gauche you'll find the old town, also called Vieille Ville. For shopping you can go to Rue du Rhone and Rue du Marche, which run parallel to each other. Eaux-Vives is a residential area with many shops, bars and restaurants. Carouge is also on this side of the river.

There are several interesting events throughout the year in Geneva. Of particular interest are the Bol D'Or Yacht Race in June, Fete de la Musique, also in June, Caves Ouvertes in May and Fete de Geneve in August.

There is no shortage of restaurants of all types in Geneva. The city's international flair is apparent in the restaurant selection as well. Unfortunately, Geneva is probably the most expensive city to eat out in an already expensive country. If you're hoping to find some budget food options, head to the area around the train station or in the Paquis district where you will find most of the budget eating options. Also try near rue de l'Ecole de Medecine off of Plaine de Plainpalais. Cooking for yourself is also a good way to save money. The cheapest places to pick up food are the supermarkets in France where you can expect to pay about half of what you might in Geneva.

Also take note that food options may be limited on Sunday nights. Your best options will probably be near touristy areas around the train station. Plan ahead and have reservations in advance if you can.

Geneva has a wonderful public transportation system and this is the recommended means of travel within the city. All visitors to the city can access a free travel pass which is good on all local Transport TPG. You can inquire about this at your hotel. Geneva is also an excellent city for cycling. If you have access to your own bicycle, that is ideal, but there are also several good and reasonably priced options to rent bicycles. The city itself is quite flat and has many facilities and amenities catering to cyclers.

The public transportation system includes buses, trams, mouette (boats) and a suburban train service. Trams are frequent and the lines have a hub at the Cornavin train station as well as Place Bel-Air in the old town. Suburban trains run to the outer areas of the city every half hour during the day and every hour in the evening until midnight. Most trains are used by commuters, but several stops, including Versoix and Coppet, may be of interest to tourists. The mouette service runs from the Paquis station near the Quai du Mont-Blanc to the other side of the lake near the Jardin anglais. Boats run every ten minutes. 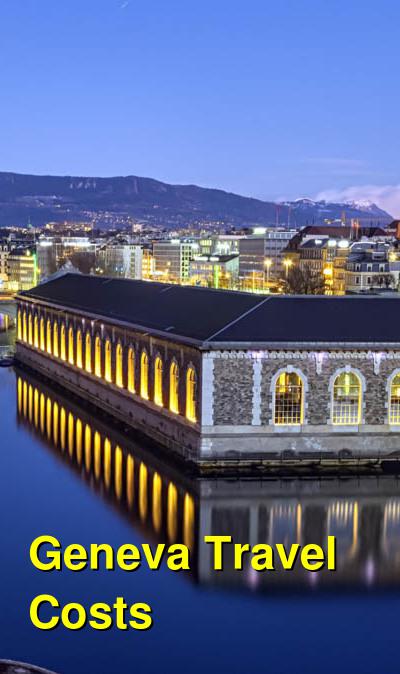 By backpackguru in Entertainment
Head to Geneva in June for the Fete de la Musique, which last three days. This music festival covers Geneva in over forty stages, where performances range from rock, to classical orchestras, to children singing. Accompanying the music is a range of international food and drink options, most of which is overpriced, but still enjoyable. If you happen to be in Geneva during this time, pick up a local newspaper, or simply ask around to find out a little about the schedule. The festival itself is free, and just exploring the city you'll bump into all kinds of impromptu performances, anything from juggling to dance.