How much does it cost to travel to Florianopolis?

How much money will you need for your trip to Florianopolis? You should plan to spend around R$58 ($11) per day on your vacation in Florianopolis, which is the average daily price based on the expenses of other visitors. Past travelers have spent, on average, R$13 ($2.55) on meals for one day and R$16 ($3.08) on local transportation. Also, the average hotel price in Florianopolis for a couple is R$60 ($12). So, a trip to Florianopolis for two people for one week costs on average R$808 ($156). All of these average travel prices have been collected from other travelers to help you plan your own travel budget.

Find a hostel, guesthouse, or B&B in Florianopolis

What did other people spend on Food in Florianopolis?

Typical prices for Food in Florianopolis are listed below. These actual costs are from real travelers and can give you an idea of the prices in Florianopolis, but your costs will vary based on your travel style.

How much does it cost to go to Florianopolis? Naturally, it depends on the dates. We recommend SkyScanner because they can find the best deals across all airlines.

The price of renting a car in Florianopolis will depends on dates, the type of car, the location, and your age. We recommend SkyScanner because they can find the best deals across all car rental companies.

What did other people spend on Entertainment in Florianopolis?

Typical prices for Entertainment in Florianopolis are listed below. These actual costs are from real travelers and can give you an idea of the prices in Florianopolis, but your costs will vary based on your travel style.

Tips and Handouts Budget in Florianopolis

What did other people spend on Alcohol in Florianopolis?

Typical prices for Alcohol in Florianopolis are listed below. These actual costs are from real travelers and can give you an idea of the prices in Florianopolis, but your costs will vary based on your travel style.

What did other people spend on Water in Florianopolis?

Typical prices for Water in Florianopolis are listed below. These actual costs are from real travelers and can give you an idea of the prices in Florianopolis, but your costs will vary based on your travel style.

Florianopolis On a Budget 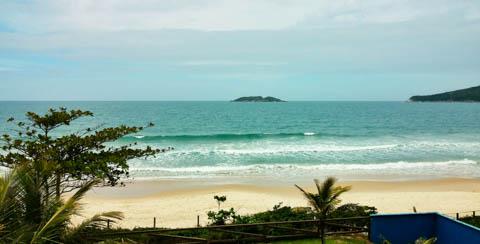 Sights within the city that you should consider visiting include Catedral Metropolitana, which is arguably the most beautiful building in the city, the municipal market, and Teatro Alvaro de Carvalho, built in 1870's architecture. Hercilio Luz Bridge is a symbol of the city and dates back to 1926. There is also a large lake at the center of the island, Lagoa da Conceicao. There are four major forts around town: Fortaleza de Nossa Senhora da Conceicao, Fortaleza de Santo Antonio, Fortaleza Santana, and Fortaleza Sao Jose da Ponta Grossa.

Most people go to Florianopolis for its beaches. There are a total of 42 beaches in the area. In the north, the most popular beaches are Canasvieiras, Praia Brava, Jurere (and Jurere Internacional), Praia dos Ingleses, and Ponta das Canas. The most famous beaches in the east are Praia Mole, Praia da Galheta (a nudist beach), Barra da Lagoa, Praia da Joaquina, and Praia Brava. To the south the most famous beaches are Campeche Armacao, Matadeiro, Pantano do Sul, Solidao, and Saquinho.

Florianopolis has plenty of shopping, restaurants, bars and nightclubs, which keep travelers entertained and busy. Facilities continue to grow and become more glamorous as the popularity of the area grows.

If you're looking for a good party, the beaches are the place to go during the summer months when tourists gather at the nearby bars. In the winter months you're more likely to find a crowd at Lagoa da Conceicao, which actually has a higher concentration of bars and clubs. Whatever the season though, you can usually expect a good time when you head out on the town.

If you're interested in surfing then it's better to head to the eastern beaches. On the south side of Santa Catarina Island you will find some beautiful isolated beaches that can only be accessed by walking trails. A major attraction of the island is also Lagoa da Conceicao, which is shallow with high winds, making it ideal for windsurfing.

Florianopolis has an airport about 12 kilometers from the city center. It is connected to the city by local bus or taxi. There is also a central bus station where you can catch a bus to most of the larger Brazilian cities.

The best way to access the beaches from the city's center is by bus. Buses are usually comfortable and reasonably priced. It may be necessary to transfer buses at some point and the wait times can be frustratingly long. On average, it takes about half an hour to an hour to get from the city to the beaches, but on occasion trips may take several hours due to long wait times.

It's also possible to take Linhas Executivas from the downtown to the main beaches. These are yellow colored, air conditioned buses that are relatively convenient.

If you want to explore the beaches in depth, then it is recommended that you have a car. You can rent cars on the island and at the airport, but this can be expensive. 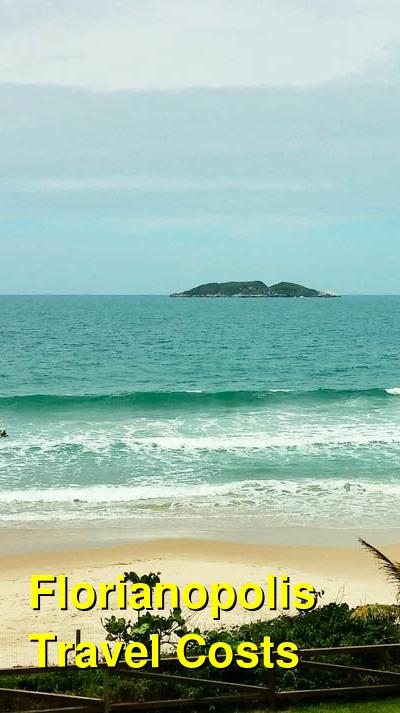