How much does it cost to travel to Ericeira?

How much money will you need for your trip to Ericeira? You should plan to spend around €44 ($53) per day on your vacation in Ericeira, which is the average daily price based on the expenses of other visitors. Past travelers have spent, on average, €16 ($20) on meals for one day and €9.50 ($11) on local transportation. Also, the average hotel price in Ericeira for a couple is €33 ($39). So, a trip to Ericeira for two people for one week costs on average €616 ($738). All of these average travel prices have been collected from other travelers to help you plan your own travel budget.

A vacation to Ericeira for one week usually costs around €308 for one person. So, a trip to Ericeira for two people costs around €616 for one week. A trip for two weeks for two people costs €1,232 in Ericeira. If you're traveling as a family of three or four people, the price person often goes down because kid's tickets are cheaper and hotel rooms can be shared. If you travel slower over a longer period of time then your daily budget will also go down. Two people traveling together for one month in Ericeira can often have a lower daily budget per person than one person traveling alone for one week.


How expensive is Ericeira? How much money do I need for Ericeira?

How much does a trip to Ericeira cost? Is Ericeira expensive? The average Ericeira trip cost is broken down by category here. All of these Ericeira prices are calculated from the budgets of real travelers.

How much do vacation rentals cost in Ericeira? Prices vary by location, date, size of the place, and the level of luxury. See below for options.

How much does it cost to go to Ericeira? Naturally, it depends on the dates. We recommend SkyScanner because they can find the best deals across all airlines.

The price of renting a car in Ericeira will depends on dates, the type of car, the location, and your age. We recommend SkyScanner because they can find the best deals across all car rental companies.

Tips and Handouts Budget in Ericeira

Ericeira On a Budget

Ericeira, Portugal
Beneath an indigo sky, a city perches at the edge of sandstone cliffs that overlook the vast expanse of the Atlantic. A seaside resort and fishing community, Ericeira is located in western Portugal within the municipality of Mafra. A picturesque village, Ericeira is quaint, quiet, and absolutely breathtaking with a population of no more than 10,260. Because of its blue waters and pristine coastlines, it has been named the Surfing Mecca of Europe. The town was a famous summer retreat for the families of Lisbon during the 1940s and 1950s and still remains so today for families beyond Lisbon's borders. Ericeira also has a World Surfing Reserve, the first in Europe and second in the world. Besides the many beaches on Ericeira, including Ribeira d'Ilhas, Pescadores, and Mataduoro, the town also has a park called Parque de Santa Maria as well as an old town center that has a collection of cafes, shops, restaurants, and bars. There are also some important landmarks that can be explored as no more than a brief visit, such as Forte Mil Regos and Casa De Cultura Jaime Lobo E. Silvs. Whether you are a surfer, fisher, or simply a lover of the beach, Ericeira is the perfect place for those who wish to experience the Atlantic like never before.

If you find yourself getting hungry amidst the surf, sun, and sand, relax, unwind, and dine at Dom Carlos Restaurant and Marisqueria. Located near Praia de Ribeira d'Ilhas Beach, Pedra Branca, and the Reef, Dom Carlos is a gastronomy like no other, specializing in quality seafood, accommodating service, and fantastic views. Named after King D. Carlos I, the penultimate king of Portugal throughout the latter part of the 1800s. An intellectual borne of extravagance, King D. Carlos assisted in servicing Portugal throughout many economic crises. He was nicknamed the Diplomat, Martyr, and Oceanographer. Faced with great turbulence in the kingdom, the king appointed Joao Franco as prime minister without any elections. King D. Carlos' dictatorial regime sparked the beginning of the republican movement, which was already gaining support throughout Portugal. Today, the name Dom Carlos now refers to a spectacular restaurant that specializes in Portuguese cuisine. Most of the fish are caught from the coast of Ericeira and served with fresh ingredients by culinary masters. Some of the dishes served at Dom Carlos include the seafood rice, the famous robalos and lagostas, the cataplana de mariscos, and the octopus a lagareiro. There is also a wide variety of genuine cod along with an extensive menu of wines and liquors that can be purchased to complement your dishes. If you are looking to savour the sea, make a reservation at Dom Carlos!

Due to the small size of the town, most of the destinations within Ericeira can be easily reached by foot. However, if you are looking to travel beyond Ericeira, rental car services are sure to be found in or near the town. This will allow you the luxury to explore the greater part of Mafra at your own pace and in your own vehicle. There are also a few bus services that connect various points in the town as well as to other neighboring cities like Lisbon. A small airport is located in Ericeira that can fly you to different parts of Spain. 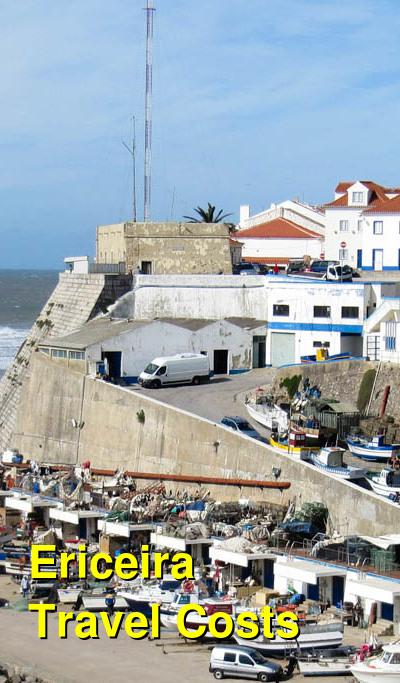