How much does it cost to travel to Figueira da Foz?

How much do vacation rentals cost in Figueira da Foz? Prices vary by location, date, size of the place, and the level of luxury. See below for options.

How much does it cost to go to Figueira da Foz? Naturally, it depends on the dates. We recommend Kayak because they can find the best deals across all airlines.

The price of renting a car in Figueira da Foz will depends on dates, the type of car, the location, and your age. We recommend Kayak because they can find the best deals across all car rental companies.

Figueira da Foz On a Budget 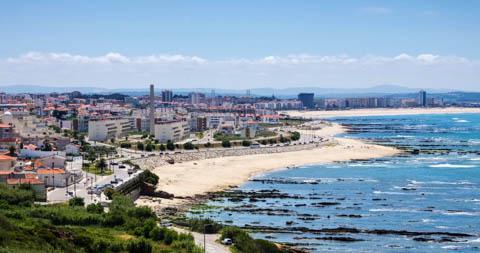 Figueira da Foz, Portugal
Located along the glistening waters of the Atlantic Ocean, a bustling city thrives near its shores with towering skyscrapers guarding the city like metallic giants. Figueira da Foz, or simply Figueira, is nestled within the Columbia District and is both a city and municipality. Sheltered by the hills of Serra da Boa Viagem, Figueira is near the mouth of the Mondego River and right beside the Atlantic. Only about 40 kilometers from Coimbra, Figueira has a population of 46,600 and is the second largest city found throughout the region. Because it is a seaside city, Figueira subsists off of Portuguese as well as international tourism, maintaining its pristine beaches, supplying seaport facilities, and a plethora of restaurants, gift shops, cafes, and more. Some of the beaches include Quiaios, Cabedelo, Claridade, Costa de Lavos, Murtinheira, Leirosa, Molhe Norte, Cabo Mondego, and many more. Tourists are also attracted to Figueira because it is a well-known gambling spot in Portugal with the Casino da Figueira da Foz and the Casino da Figueira present and popular. There are also popular landmarks that are recommended by tourists to visit, such as Forte de Santa Catarina and Torre de Relogio. There is also a museum that features the history of the Figueira within the city. Whether you are looking to surf or sight-see, there is much to do in Figueira da Foz, Portugal.

One of the most popular beaches of Figueira, the Praia de Quiaios Beach contains pristine sands and marvelous waves that make it an attraction for surfers and swimmers alike. The shores are long and pockmarked with vegetation as well as dunes. While the waves are beautiful, they are powerful and can pose a danger to amateur swimmers. Therefore, it is highly recommended that you consult Quiaios' website which informs visitors on the tide and conditions of the wave on the beach. Besides surfing and bodyboarding, Quiaios also provides bars and restaurants to sip wine as you look at the surf. Showers are also available throughout the beach as well as rentable sunshades. There are also many infrastructures, including a swimming pool, hotel, equestrian center, sports complex, and camping area at the disposal of visitors. This beach has achieved moderate fame as during 2005, the world's largest patchwork as held on this beach. Moreover, a Portuguese telenova series filmed a multitude of episodes on this beach. The village of Quiaios was itself donated by Queen D. Teresa in 1122 to her lover D. Fernao Peres de Trava. After which, the land was passed down from many hands until it was incorporated into Figueira. Whether you enjoy the sun, the sand, the surf, or all of them combined, be sure to relax and enjoyr yourself at the Praia de Quiaios Beach.

If you find yourself getting a bit hungry amidst all the excitement in Figueira, why not take a load off at a high-class, quality restaurant? Casa dos Suecos, a restaurant and guest house, is located in the city of Figueira and has excellent views of the Atlantic Ocean for its patrons to marvel at. The restaurant includes two connecting rooms, one with a fireplace that creates a warm, cozy atmosphere that makes Casa dos Suecos a home away from home. With a friendly staff and a team of culinary geniuses, the meals prepared are done with the utmost care, using fresh ingredients to make the tastes savory and memorable. Casa dos Suecos also has a gourmet store on the ground floor for those who wish to bring these delicious dishes home with them. Some of the meals include grouper entree with duck sauce, corral cod with coriander crust, grilled black pork tenderloin with risotto, duck leg confit with honey, lemon, and rosemary, ox medallions with portobello mushrooms, and many more.

Most of the destinations within the city can easily be reached by foot. However, for trips of a longer distance, AVIC provides a number of bus lines throughout the city. If you are going to use public transportation, it is highly advised that you consult the website for prices and times before your trip. Besides this, Figueira can be traveled by taxi (though fares can add up if used often). There are also a few car rental companies near the airport that can be used for one's own convenience. No matter if you are on the beach or bus, be sure you enjoy every minute of your time at Figueira da Foz, Portugual.