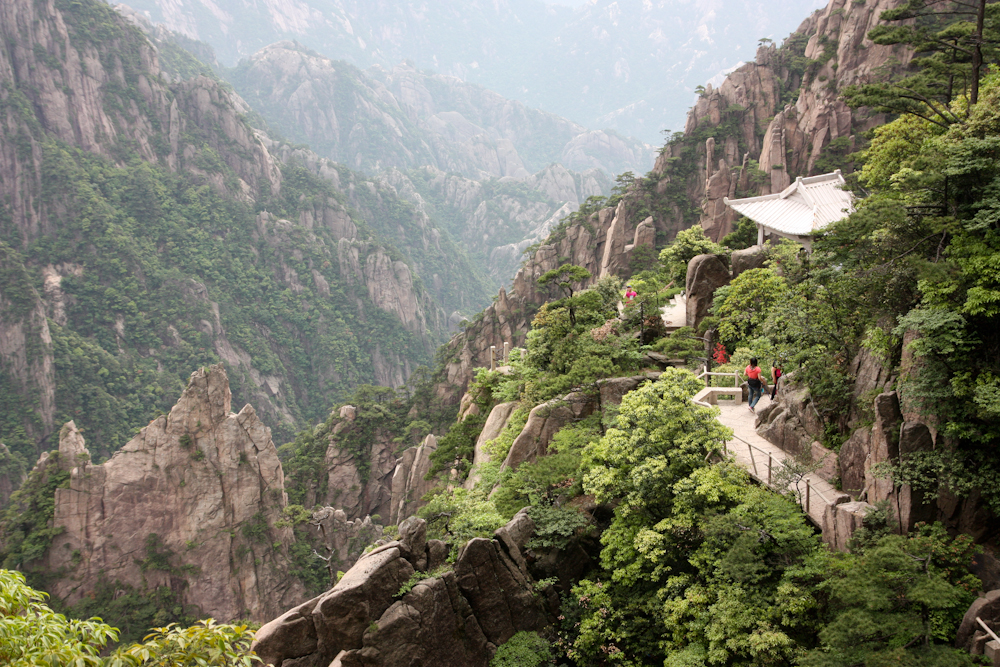 We arrived in China almost two weeks ago. The country has made a good impression so far. This is actually our second trip to China, our first being five years ago to the southern part of China (from Hong Kong to the Yunnan). After five years, this behemoth of a country is advancing in leaps and bounds. Economic growth can be witnessed everywhere. At the same time, ancient culture and personal experiences await around every corner.

After arriving in Beijing late in the evening, we found our hotel down one of Beijing’s many Hutong alleyways. These microcosms of Chinese culture, where locals live in close proximity to one another and share a tight-knit neighborhood, are slowly being torn apart and replaced with towering skyscrapers. While this is controversial, it adds to the dynamic and diverse nature of the city. Beijing as a whole is impressive. It’s huge and modern in some parts, but ancient and cultural in others. We visited Beihai park, where crowds perform Tai Chi in unison along the shore of an ancient lake with a modern skyline as a backdrop.

Spending the night in a hostel, which actually had more private rooms than dorm beds, saved us a great deal. The hotel was in an old building with a courtyard in the middle. It was more rustic than luxurious, but for those of us that aren’t picky, it’s much cheaper.

Since we’re planning to return to the capital at the end of our trip, we made our way south after just a few days to the Anhui province, home to ancient villages and the stunning Huangshan (Yellow Mountain). We based ourselves in Tunxi while we visited the sights in the region. Tunxi has a number of inexpensive hotels that also double as hostels with dorm beds. Ours was quite nice and modern, and for $20 was a great deal.

While in Anhui, we first visited Hongcun, an old village shaped like an ox that’s full of fascinating architecture and surrounded by terraced rice fields.  We spend the night in the village at a small home-stay guesthouse and ate some local dishes which were very tasty but a tad too spicy.

Find Shanghai Hostels Near the Bund

Our next destination was Huangshan. Chinese and foreign tourists clamber up, around, and down the mountain in droves, but it’s quite easy to see why. Huangshan’s beauty is unmatched. Vertical spires of granite have been tamed by sidewalk-like trails, some of which are built onto the vertical surfaces of the cliff-face. Some of the trails are an engineering marvel and almost steal the show from the curiously shaped mountain peaks. Huangshan is really multiple mountains in one, as many of the peaks on the mountain can be climbed. Hikers can also descend into several large canyon-like valleys.

We spent the night in a dorm on the mountain in one of the many hotels at the top. It was somewhat more expensive than dorms in hostels in the rest of China, but that was expected given the location. Food at the top is very pricey, so pack your own meals (including water) if you want to save some cash. But fear not, every luxury is available at the top, so you don’t need to camp, but you’ll pay for it.

After our climbing adventure, we visited several ancient villages in the Wuyuan area, just southwest of Tunxi. We ended up scoring an amazing home-stay for only a few dollars in one of the villages, and the next morning we wandered around the rice terraces and explored the village. The only way we ever would have found such cheap accomodation was by walking into the village and hoping for the best. Our guidebook and other travelers told us this was possible, so we went for it and it payed off.

Prices in China, on average, are going up. Our guidebook has yet to quote us an accurate price, as increases of ten to two-hundred percent are quite common for everything from food, hotels, bus and train tickets, and entrance fees. The Chinese economy is growing, and this has led to a larger middle class of Chinese citizens all ready and willing to spend their newly earned money on new luxurious previously unavailable to them. Our advice is to get here soon, before it becomes too expensive. After all, Rick Steves said, “Travel now, because tomorrow you may be dead.”