How much does it cost to travel to Yunnan?

How much money will you need for your trip to Yunnan? You should plan to spend around ¥302 ($44) per day on your vacation in Yunnan, which is the average daily price based on the expenses of other visitors. Past travelers have spent, on average, ¥110 ($16) on meals for one day and ¥70 ($10) on local transportation. Also, the average hotel price in Yunnan for a couple is ¥251 ($37). So, a trip to Yunnan for two people for one week costs on average ¥4,222 ($622). All of these average travel prices have been collected from other travelers to help you plan your own travel budget.

A vacation to Yunnan for one week usually costs around ¥2,111 for one person. So, a trip to Yunnan for two people costs around ¥4,222 for one week. A trip for two weeks for two people costs ¥8,445 in Yunnan. If you're traveling as a family of three or four people, the price person often goes down because kid's tickets are cheaper and hotel rooms can be shared. If you travel slower over a longer period of time then your daily budget will also go down. Two people traveling together for one month in Yunnan can often have a lower daily budget per person than one person traveling alone for one week.


How expensive is Yunnan? How much money do I need for Yunnan?

How much does a trip to Yunnan cost? Is Yunnan expensive? The average Yunnan trip cost is broken down by category here. All of these Yunnan prices are calculated from the budgets of real travelers.

Looking for a hotel in Yunnan? Prices vary by location, date, season, and the level of luxury. See below for options.

How much does it cost to go to Yunnan? Naturally, it depends on the dates. We recommend Kayak because they can find the best deals across all airlines.

The price of renting a car in Yunnan will depends on dates, the type of car, the location, and your age. We recommend Kayak because they can find the best deals across all car rental companies.

Tips and Handouts Budget in Yunnan

Yunnan On a Budget 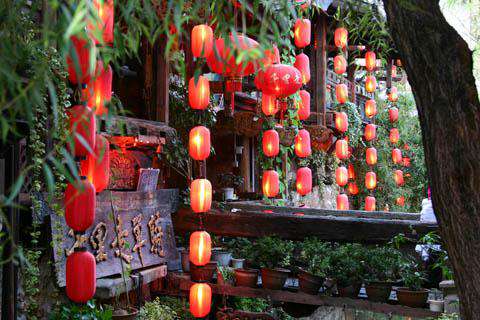 Lijiang, China
Located in southwestern China, Yunnan is a province known for its large number of ethnic minorities as well as its varied landscape from snow-capped mountains and rice terraces to lakes and deep gorges. It is also one of the most diverse provinces in China with the Northwest being heavily influenced by Tibet and the South being influenced by the cultures of Laos and Burma.

The sights of Yunnan Province are many and varied. Starting with the natural landmarks, one of the most popular is the stone forest of Shilin National Park near Kunming. Exhibiting unique karst topography, the cropping of large stones is listed as an UNESCO World Heritage Site. Other notable natural sights include Jade Dragon Snow Mountain, Tiger Leaping Gorge, Cangshan Mountain, and Lugu Lake.

If its culture you seek, Yunnan is the most diverse province of China. Good places to immerse yourself in some of Yunnan's ethnic gems are the historic districts of the province. One such place is the Dali Ancient City, or Old Town, dating back to the early Ming Dynasty and ranking as one of the most noted historical and cultural cities in China. Huoguo Road, or Foreigner Street, is the central thoroughfare which is most frequented by tourists. From here the opportunity to explore is abundant with traditional architecture, heritage sites, local food and handicrafts, as well as plenty of cafes, bars, and restaurants. The streets are paved with cobble and lined with traditional folk houses, temples, and workshops of the Bai ethnic minority. Much of the architecture is decorated with grey-green roof tiles, woodcarvings, colored patterns, as well as marble and wash drawings. Other cultural hubs like this can be found in Lijiang, Heshun, and Guandu.

Throughout the province, you are also bound to come across beautiful architecture both new and traditional. Temples and pagodas can be found in just about any city, usually painted brightly in reds and golds.

Yunnan covers a large area with varying landscapes, cities, towns, and communities. Kunming Prefecture is the heart of the province, with Kunming city being its capital. It is the main point of entry for most visitors with a good variety of accommodations and places to eat. Central Yunnan is west of Kunming with rugged hills that are popular with backpackers. The city of Dali is also located here. Eastern Yunnan is full of rolling hills and plateaus, while Southeastern Yunnan is extremely diverse with a mix of arid badlands, lush pine forests, barren hills, rice terraces, and tropical rainforests. The urban centers of the southeast are very compact and easy to get from one to the next, with Yuxi being the largest. Southern Yunnan is culturally and ethnically more a part of Southeast Asia, serving as a tropical escape where many Chinese residents flee from winter, while Western Yunnan is very rugged and former home of the famous Burma Road. And finally, there is Northwestern Yunnan which offers a sampling of Tibet in towering mountains and local culture.

While in Yunnan, visitors have access to a full range of activities from hiking, backpacking, and camping in the rugged hills and swimming in pristine lakes to dining, shopping, touring, and entertainment in the cultural hubs and cities of the province. Just about any of the larger cities even have tours available for the visitors who prefer a more guided experience of Yunnan's sights and cultures. The province of Yunnan promises a spread of opportunities as many and varied as the people who inhabit the place itself.

The people of Yunnan are accustomed to cooking and eating very spicy food. Beyond this, each area of the province has its specialties, for example, Shi Ping County is known for its tofu while Xinping County is known for its sauerkraut. Guo Qiao Mi Xian, a favorite throughout the province, is a local style of steamy noodles with a variety of vegetables, meats, and usually a raw quail egg. Another common specialty is RuBing, or Yunnan goat cheese, which is soft and usually served fried with vegetables, mushrooms, or meat. LaoNaiYangYu, or Grandmother's Potatoes, are also a Yunnan favorite, a kind of spicy mashed potato with green onions, as is SuHongDou which is a kind of deep fried kidney bean dish. Each city of Yunnan will have a variety of places to eat from sit down restaurants to street food. A few of the more frequented hubs include Kunming, Dali, and Lijiang.

By plane, Kunming Changshui International Airport is the newest airport of the province, located about 22 kilometers from the urban center of Kunming. There are a number of transfer buses available at the airport for taking visitors to hotels and passenger terminals in the downtown area. The airport provides non-stop service from Beijing, Xiamen, and other Chinese cities. There are also flights to Southeast Asia to places including Seoul, Hanoi, Bangkok, Vientiane, Mandalay, Yangon, and Dhaka.

Within the province, Kunming is the hub of train transport in Yunnan. Day and night trains now go both to Dali and Lijiang. Buses are also widely available from Kunming to just about every place in Yunnan.