A Travel Comparison for Vacations, Honeymoons, and Tours Thailand vs. Indonesia

Should you visit Thailand or Indonesia?

Which country is cheaper, Indonesia or Thailand?

Should I visit Thailand or Indonesia? This is a popular question for many travelers. By figuring out which country is more expensive, you'll understand where you'll get more bang for your buck. A week in Indonesia can cost you about $353 (per person), while a week in Thailand may cost you around $654. These differences become even more noticable if you plan to spend a longer time in the country. 10 days, two weeks, or even one month of travel to Indonesia or Thailand can really add to your travel budget.

When comparing food in Thailand vs. Indonesia they are not just different in cuisine, but also in price. Meal and restaurant costs in Thailand ($14) are often cheaper than Indonesia ($13).


How much are flights to Thailand and Indonesia?


Find a Hostel in Thailand or Indonesia

When is the best time to visit Thailand and Indonesia? 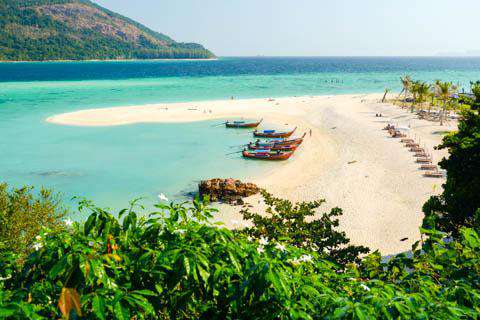 Koh Lipe, Thailand
The high season for travel in Thailand is between November and February, although visitors come all year. The seasons are caused by monsoon winds more than temperature changes, though. In the north, the dry season is between November and May. The southern coasts stay relatively dry during this time as well. Due to a change in weather patterns, the east and west coasts receive rainfall at different times of the year. The wettest time on the western coast is usually between April and October, while the east coast experiences more rain between September and December.

Why is Thailand more expensive than Indonesia?

Thailand's economy is strongly dependent on tourism. Thailand has a numerous bus and other transportation companies in place that cater specifically to backpackers and mid-range travelers. These services are significantly more expensive than the public government-run transportation system that locals use. (However, they are not always more efficient.)

Touristy areas in Thailand are expensive simply due to supply and demand. On many islands, land is limited and therefore accommodation options are not as numerous as the number of tourists needing beds. Also, many of the islands need to have food, fuel, and supplies shipped in, leading to a higher cost of food at restaurants, higher taxi prices, and an increase in the price of souvenirs, clothing, etc.

What are the most expensive and cheapest cities and regions in Thailand and Indonesia?

Ubud, Bali, Indonesia
As a general rule in Thailand, the more touristy a destination, the more expensive it is. Southern Thailand is more expensive than northern Thailand with some of the most expensive areas being the islands of Phuket, Koh Phi Phi, Koh Samui, and Koh Phangan. The time of year can also dramatically effect cost. During the Full Moon Party, prices in Koh Phangan can climb, but expenses are more reasonable during slower times.

Visitors to the larger cities can experience a mix of prices. With a more diverse range of options, travelers to Bangkok, Chiang Mai, Pattaya, and other urban areas can find both cheap and expensive accommodation and food options.

In the countryside of northern Thailand, prices tend to be cheap. Smaller towns in the north wish to attract visitors and lower their prices accordingly. However, sometimes transportation can get pricey.

How you can save money when visiting Thailand and Indonesia?

Negotiate hard! This is particularly true in Thailand, but also true in Indonesia as well as most Southeast Asian countries.

Plan your trip schedule. Festivals are fun but expensive. If going to the Full Moon Party isn't your priority, avoid the island areas during these times. Also look at the holiday schedule to see when locals are on vacation.