A Foodie's Guide to Steel Town

North America / United States of America / The Northeast / Pittsburgh /
When the steel industry collapsed in Pittsburgh in the 1980's, people thought this Western Pennsylvania city was done for, that it would be just another landmark on the stretch of Rust Belt cities that dominate the landscape of the northern part of the United States. But then something happened a few decades later. The former steel capital of the world was reborn. Call it a miracle, call it a "Hail Mary Play," but whatever you call it, Pittsburgh was brought to life again and nowhere is this more evident than in its wonderfully diverse restaurant scene.

For years, the biggest and most infamous food to come out of Pittsburgh was the Primanti's sandwich, a crazy concoction that was created in the early 1930s to feed the late-night and early-morning workers who were unloading fish, fruits, and vegetables from the factories, warehouses, and produce yards in the city's Strip District neighborhood. It consists of grilled meat, melted cheese, an oil and vinegar-based coleslaw, tomatoes, and French fries between two thick slices of Italian bread. Thankfully the Pittsburgh palate has matured since then, graduating beyond the likes of a sloppy sandwich filled with French fries to be home to multiple restaurants that have been awarded designations as" best restaurants" by food magazines such as Bon Appetit and Food and Wine. But if slightly daring and innovative cuisine isn't really your thing and you're more of a comfort food, hole in the wall-type diner, then you're in luck. Pittsburgh has always been a city of immigrants and whether you're craving food from the ethnic groups that settled here a century ago or the foods of its modern day immigrants, you won't leave hungry, nor will your wallet be depleted.

To truly get the most of Pittsburgh's eclectic and varied foodie scene, here are ten restaurants you don't want to miss on a trip to the Steel City. 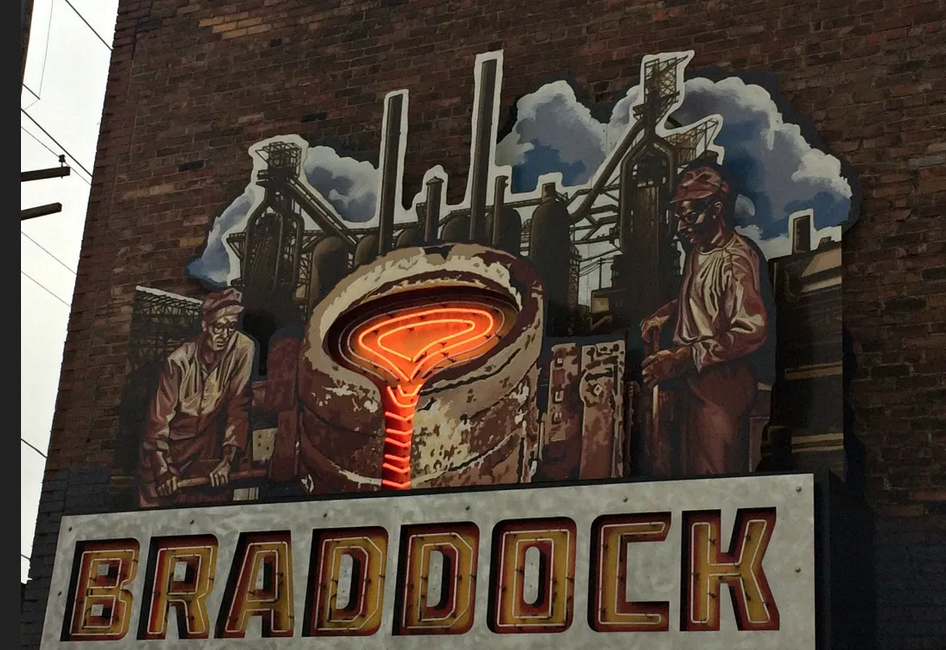 Okay, so Superior Motors is technically not located IN Pittsburgh, but it's so worth the short drive to get there. Started from a kickstarter campaign, the restaurant has the unique distinction of being housed in the former site of a Chevrolet dealership in Braddock, an economically depressed community since the collapse of steel in the United States. But thanks to chef, owner, and local celeb Kevin Sousa, the town has enjoyed a comeback. Superior Motors was the first sit-down restaurant to open in Braddock in decades. Its menu changes often but its focus is farm-to-table fare, with many of its ingredients locally sourced as a means of further supporting the community.
Address: 1211 Braddock Ave, Braddock, PA 15104 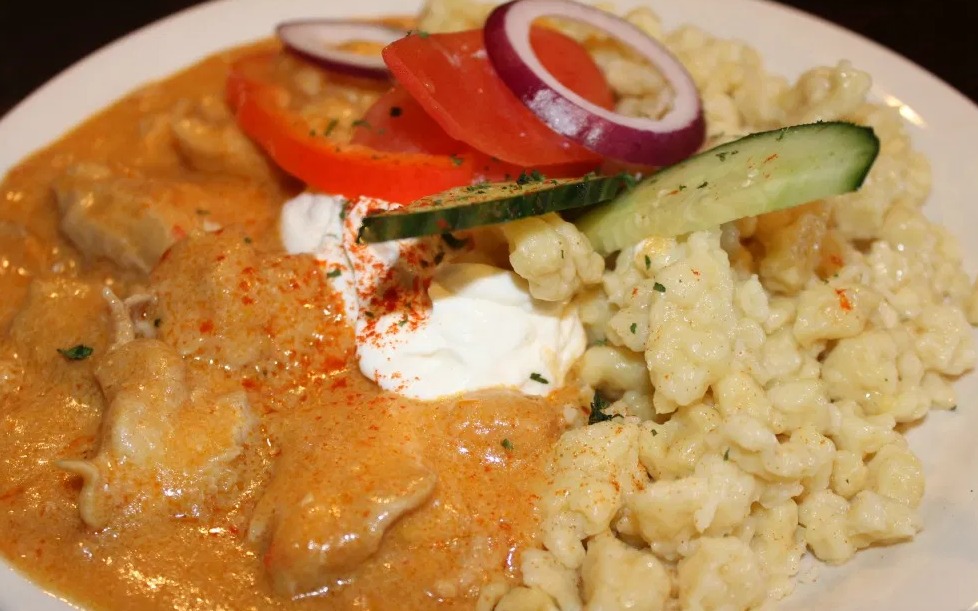 Hungarians were one of the immigrant groups that settled in Pittsburgh in droves during the city's peak immigration period and thankfully today there is Huszar, family-owned by the daughter of Hungarian immigrants. Portions are large and representative of the country's Old World cuisine featuring everything from langos to goulash to chicken paprikash. And of course the desserts, that look and more importantly taste like they came straight out of a Budapest cafe.
Pittsburgh neighborhood: The North Side (627 E North Ave #4844)

Obviously there's no shortage of pizza places in Pittsburgh but it's another matter entirely if they're worthy enough to be called "good pie." Well, Pizzeria Davide is just that. Although it's relatively new to the Pittsburgh dining scene, the people who opened it are not; they also own DiAnoia's, a longtime beloved favorite spot for Italian fare in the city's Strip District. At Pizzeria Davide, things are kept simple- delivery and pickup only and their specialty is Old World-style pizza and cheesesteaks. Their crust is also the type one finishes. No getting to the end of the sauce/cheese portion and discarding the rest. Did I mention the pizza sizes are massive?
Pittsburgh neighborhood: Strip District (2551 Penn Ave, Rear) 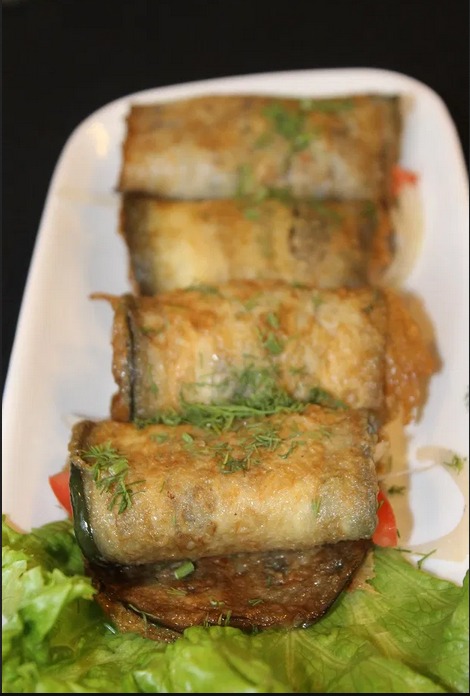 For being only a medium-size city, it's pretty cool that Pittsburgh can boast that it's home to an Uzbek restaurant. But then that shouldn't come as too surprising since Pittsburgh has always welcomed immigrants from just about every corner of the earth. Besides offering a vast array of dishes of which you'll want to try just about everything (prices are extremely reasonable), you'll truly get to explore and become pretty knowledgeable on a cuisine most people know very little about. And if Russian food is also your thing you're in luck since there's also a bevy of Russian dishes available on the menu too.
Pittsburgh neighborhood: Mount Washington (16 Southern Ave) 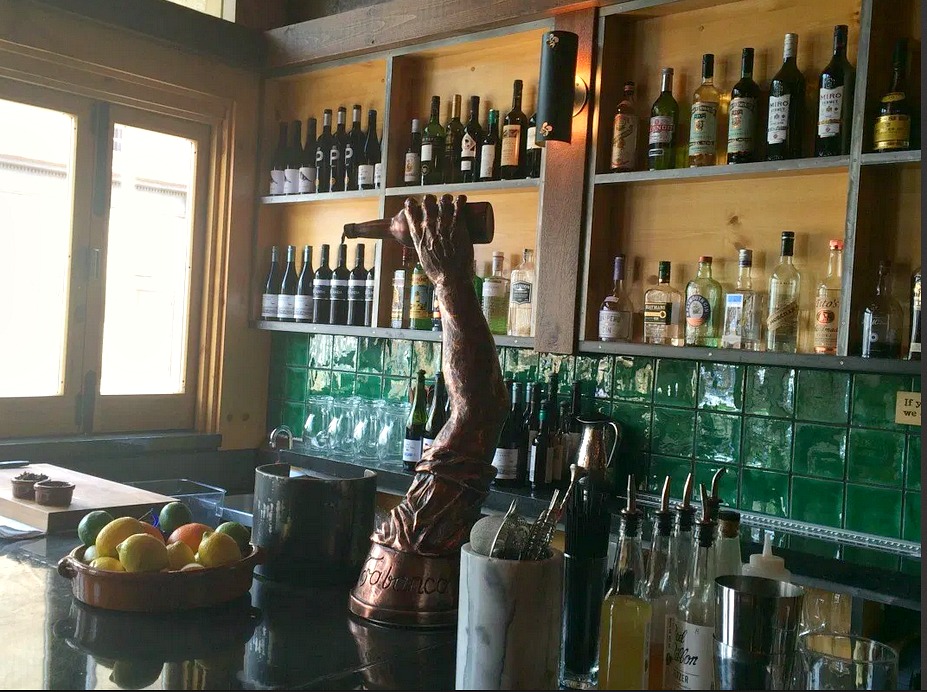 Every city has its golden boy (or girl) of the food scene and for Pittsburgh it's Justin Severino. He was already a local celebrity with his restaurant Cure, so when he opened his Spanish eatery Morcilla, it was an instant success. Spanish fare is definitely something more on the "lacking" rather than "deluge" side of things, filling the void with such popular items as cod croquettes, grilled octopus, and of course, churros with a chocolate hazelnut fondue.
Pittsburgh neighborhood: Lawrenceville (3519 Butler St)

Although there are many locals who would say a restaurant on Mount Washington with views of the city's famed Golden Triangle (where the city's three rivers intersect which showcases the skyline too) is the most romantic spot, for true romantic ambience on the inside along with incredible French food, head to Poulet Bleu. One of the newer restaurants of the popular Richard DeShantz Restaurant Group, Poulet Bleu is more of an intimate restaurant experience than older ones in the group, less about crazy eclectic cuisine offerings and more of just French continental favorites. All of this while you dine in an interior that resembles a country chateau in the Loire Valley.
Pittsburgh neighborhood: Lawrenceville (3517 Butler St)

Most people will agree that one of the coolest parts about dining at Everyday Noodles is seeing the hand-pulled noodles being crafted (and to a lesser degree, slightly frightening the first time you hear the cook striking the dough). Its menu is of the Chinese variety but it's organized around the many variations of wheat-pasta dishes including noodle soups, dry noodles served with sauce and toppings, dumplings, wontons, and potstickers . And if noodles aren't your thing, never fear because there's still a host of rice dishes, steamed vegetables, and dim sum buns and pancakes to entice you. You and your wallet will go home incredibly happy. And it goes without saying that kids will love this unique dining experience too.
Pittsburgh neighborhood: Squirrel Hill (5875 Forbes Ave) 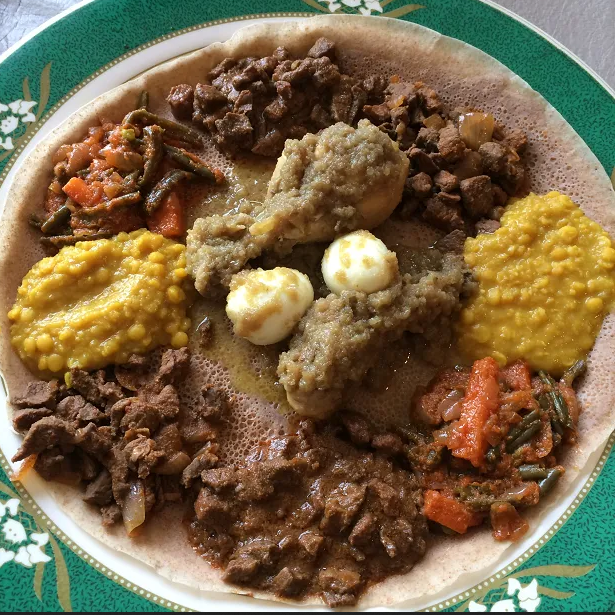 Pittsburgh is only home to one Ethiopian restaurant but thankfully that's all you need when you're craving injera, the spongy bread that's a ubiquitous sight on Ethiopian tables and menus. The perfect way to start off your meal includes an order of sambusa, Ethiopian-style turnovers, and from there move on to your entrees. A really cool thing about Ethiopian food besides the fact that family-style dining is encouraged along with eating with your hands (that's where the injera comes into play) is that there are scores of vegetarian options. So if you have a vegetarian dining companion (or two), you'll be rewarded with great tasting vegetable entrees. Shira wot (powdered roasted chickpeas sauce cooked in spices) and fossolia (green beans and carrots cooked in a special Tana sauce) will win over the palattes of even the heartiest of carnivores.
Pittsburgh neighborhood: East Liberty (5929 Baum Boulevard) 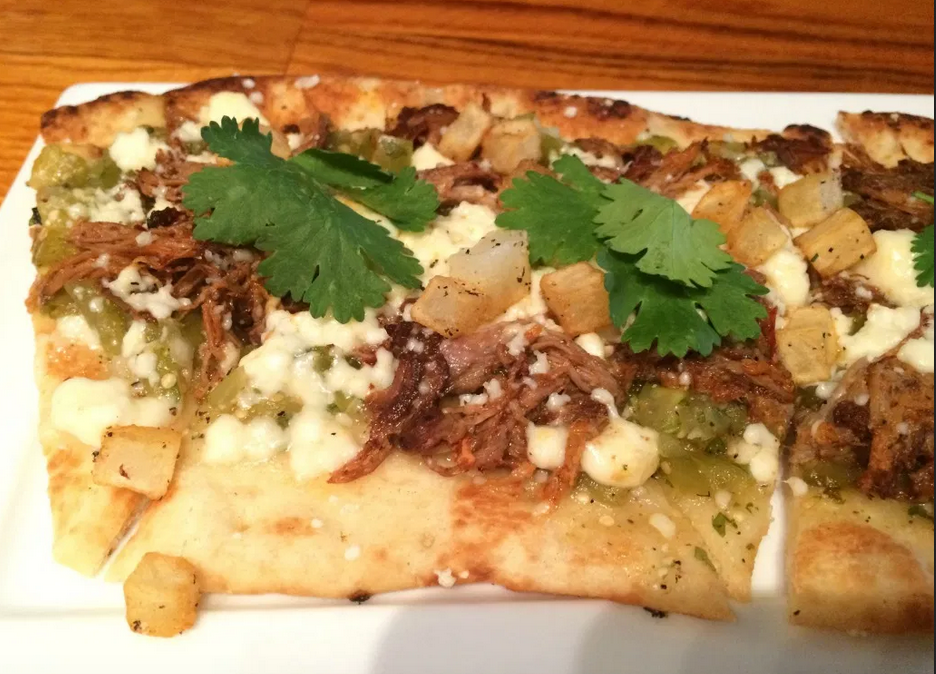 Global-style tapas. Need a person say more? If you've ever been in a situation where you and your dining companions can't agree on a cuisine, well, Streets on Carson is the place to go as its menu features foods from more than a dozen different countries at any given time (it does change periodically). The menu is divided into various sections including small plates, larger/family sharing size ones, and also sandwiches. It's probably one of the few restaurants where you and your stomach can literally travel and taste the world, all without incurring the cost of an expensive around the world plane ticket. The arancini (stuffed rice balls) have been on the menu since the restaurant first opened and it's easy to see why they're still there.
Pittsburgh neighborhood: South Side (1120 East Carson Street)

Whether your time in Pittsburgh is brief or long, there's one thing certain, you won't go hungry. It may not have the size or scope of cities like New York or Los Angeles, but its smaller size sure packs a lot of punch in the restaurant department. Bon appetit!

Julie is the author and creator of the travel and food blog The Red Headed Traveler. Travel is her greatest love but when she's not traveling the world, she's either testing out a new recipe in the kitchen or playing the part of foodie in Pittsburgh. She also recently published her first novel, The Tears of Yesteryear, a work of historical fiction set in Pittsburgh in the early 1900's. 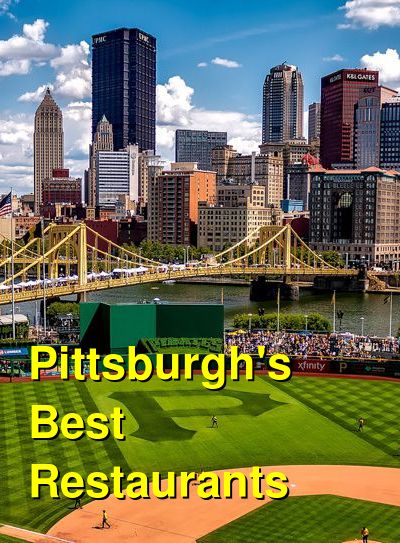