How much does it cost to travel to Washington?

How much money will you need for your trip to Washington? You should plan to spend around $155 per day on your vacation in Washington, which is the average daily price based on the expenses of other visitors. Past travelers have spent, on average, $30 on meals for one day and $37 on local transportation. Also, the average hotel price in Washington for a couple is $181. So, a trip to Washington for two people for one week costs on average $2,169. All of these average travel prices have been collected from other travelers to help you plan your own travel budget.

A vacation to Washington for one week usually costs around $1,085 for one person. So, a trip to Washington for two people costs around $2,169 for one week. A trip for two weeks for two people costs $4,338 in Washington. If you're traveling as a family of three or four people, the price person often goes down because kid's tickets are cheaper and hotel rooms can be shared. If you travel slower over a longer period of time then your daily budget will also go down. Two people traveling together for one month in Washington can often have a lower daily budget per person than one person traveling alone for one week.


How expensive is Washington? How much money do I need for Washington?

How much does a trip to Washington cost? Is Washington expensive? The average Washington trip cost is broken down by category here. All of these Washington prices are calculated from the budgets of real travelers.

How much do AirBnB's cost in Washington? Prices vary by location, size of the place, and the level of luxury. See below for options.

What did other people spend on Food in Washington?

Typical prices for Food in Washington are listed below. These actual costs are from real travelers and can give you an idea of the prices in Washington, but your costs will vary based on your travel style.

How much does it cost to go to Washington? Naturally, it depends on the dates. We recommend SkyScanner because they can find the best deals across all airlines.

The price of renting a car in Washington will depends on dates, the type of car, the location, and your age. We recommend SkyScanner because they can find the best deals across all car rental companies.


What did other people spend on Transportation in Washington?

Typical prices for Transportation in Washington are listed below. These actual costs are from real travelers and can give you an idea of the prices in Washington, but your costs will vary based on your travel style.

Tips and Handouts Budget in Washington

Washington On a Budget

The Lincoln Memorial during the Cherry Blossom Festival - Washington, D.C.
Washington, DC is the capital city of the United States of America. It is also a city rich in history and culture. The city dates back to 1791 when the states of Maryland and Virginia donated the land to create the capital. In 1846, Congress returned the land that was ceded by Virginia and in 1871 it created a single municipal government with the remaining area. Today, Washington, DC has a population of over 600,000 people. The metropolitan area includes suburbs in Maryland and Virginia and has a population of about 5.8 million.

Washington DC is the center of all three branches of the federal government including Congress, the President, and the Supreme Court. As the political center of the country, there is no shortage of sights, landmarks and monuments. It is also one of the most diverse cities in the U.S. as it attracts immigrants and diplomats from all over the world. There are 176 foreign embassies located in the city along with the headquarters for many different international organizations, non-profits and professional groups.

As a tourist, you are likely to spend much of your time around the National Mall. This is the name given to the giant lawn that is surrounded by many monuments and museums. Here you will find the famous Smithsonian Museums as well as the Washington Monument, the reflecting pool and the Lincoln Memorial among many others.

The capital city has no shortage of monuments and memorials, and they seem to add new ones every year. Some of the most famous landmarks are the FDR Memorial (best visited at night), the Vietnam War Memorial, the Jefferson Memorial, the National Gallery of Art, the Holocaust Museum, the White House, and the US Capital Building. Most of the sights and museums in Washington DC are free. This makes the city a surprisingly budget friendly destination.

While many of the sights you want to see are around the mall area, it's important you venture into some of the neighborhoods around Washington, DC. Each neighborhood has its own feel and character. Make sure you step off the beaten path to see Washington DC as a real city, not just a gathering of monuments.

Most tourists spend the majority of their time around the National Mall. You should really explore other neighborhoods though, as the city has a lot to offer. The downtown area is where you'll find the National Mall, the East End, West End, and Waterfront. The North Central area has Dupont Circle, Shaw, Adams Morgan, Columbia Heights, and LeDroit Park. The West has Georgetown and Upper Northwest. East has Capitol Hill, Brookland-Teworth-Takoma and Anacostia.

There is no shortage of activities and events in the city. There always seems to be a festival going on, particularly during the summer months. Parks worth exploring in the area include Rock Creek Park and Roosevelt Island. Interesting festivals include the National Cherry Blossom Festival, the National Kite Festival, and the Smithsonian Folklife Festival.

The Zoo is part of the Smithsonian, and entry is free (parking a car entails a fee, though). Located near Rock Creek Park and not far from a couple of metro stations, getting here is easy. Plenty of amazing exhibits are on display, including Pandas! For more details, check out fun facts about the Smithsonian National Zoo which includes more information about the Pandas, the location, and other animals.

Washington DC's restaurants are heavily influenced by the international character of the city. There is no shortage of ethnic restaurants around town, most of which are excellent. Popular options include Ethiopian, Filipino and Vietnamese restaurants. Unfortunately, the most interesting restaurants are generally not located near the tourist attractions. The dining options around the National Mall are limited to food stands and museum cafeterias, most of which are way overpriced and low in quality. Plan your day so that you can venture further out to find a local eatery with unique food. Otherwise, you're sure to be disappointed with your dining options and miss a large part of what the city has to offer.

It is possible to find cheap meals in the city. Ethnic restaurants are some of the most affordable options. There are also high end, trendy restaurants where you may bump into lobbyists or politicians. The most expensive restaurants tend to be located in the West End, East End, Dupont Circle, and Georgetown.

If you're planning to stay within the District, then walking is very easy. For longer distances, the metro system is excellent and efficient. Most of the city's attractions are concentrated near the National Mall. You can easily take the metro to this area and then walk between museums, monuments and memorials.

In general, Washington, DC has an excellent metro system which stretches into the nearby suburbs. Public transportation is the cheapest, and easiest way to make your way around the area. There are six color coded lines that run underground until you reach the suburbs. The system is very clean (no food allowed) and safe. There are also hundreds of bus routes around town. Buses provide access to most places the metro does not. The system is efficient and affordable.

There is also no shortage of taxis, but do keep in mind that if you cross from DC into Virginia or Maryland, you are likely to pay a lot more for the ride.

Driving in the city is not recommended. Parking is expensive and can be difficult to find. There are plenty of public transit options that make the city accessible to visitors without the hassle of having a car. 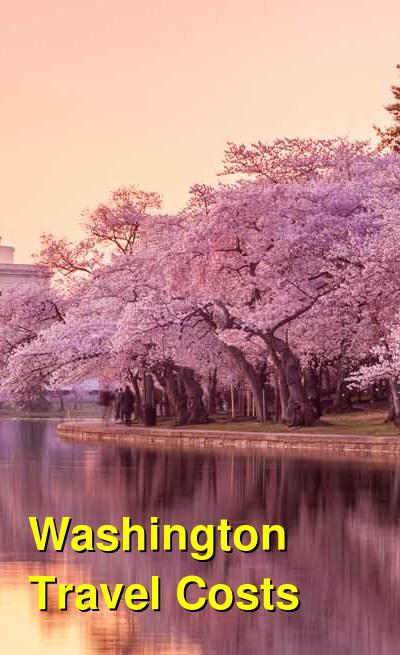 By Bryan in Entertainment
There are so many free things to do in this city, so maybe you can use more of your travel budget for your hotel or some of the many great restaurants. Basically everything along the mall is free, including all of the Smithsonian Museums (Native American, Air and Space, American History, Natural History). The original Smithsonian castle in the middle often has interesting rotating exhibits (also free). The American art museum and modern art museum are also free (across from Air and Space). Don't let the long lines fool you, this is just the security line. There's no ticket to buy. Often the capital building has sections that are open to the public, depending on the schedule of congress. Check out the Newseum behind the art museum, and the national archives housing the Constitution behind the American History museum (both are free). The White House tours require a reservation to be made through your local congressman. The west half of the mall is mostly monuments, including the World War 2 memorial, Vietnam War memorial, Korean War memorial, MLK Memorial, Lincoln Memorial, and reflecting pool. South of the Lincoln and Korean memorial along the tidal basin is the FDR memorial, which is best viewed at night. Further south is the Jefferson memorial. In the summer, you can rent a boat on the tidal pool (but not for free).

At 16th and M street is the National Geographic Museum. It's not huge but has rotating exhibits (make sure you hit both buildings). Various art galleries around town are also free. The National Zoo is also free, and is a great place to just take a walk or a jog. There are multiple entrances, and it's accessible via the metro or buses.