How much does it cost to travel to New Orleans?

How much money will you need for your trip to New Orleans? You should plan to spend around $191 per day on your vacation in New Orleans, which is the average daily price based on the expenses of other visitors. Past travelers have spent, on average, $36 on meals for one day and $41 on local transportation. Also, the average hotel price in New Orleans for a couple is $200. So, a trip to New Orleans for two people for one week costs on average $2,672. All of these average travel prices have been collected from other travelers to help you plan your own travel budget.

A vacation to New Orleans for one week usually costs around $1,336 for one person. So, a trip to New Orleans for two people costs around $2,672 for one week. A trip for two weeks for two people costs $5,344 in New Orleans. If you're traveling as a family of three or four people, the price person often goes down because kid's tickets are cheaper and hotel rooms can be shared. If you travel slower over a longer period of time then your daily budget will also go down. Two people traveling together for one month in New Orleans can often have a lower daily budget per person than one person traveling alone for one week.

How much does a trip to New Orleans cost? Is New Orleans expensive? The average New Orleans trip cost is broken down by category here. All of these New Orleans prices are calculated from the budgets of real travelers.

Looking for a hotel in New Orleans? Prices vary by location, date, season, and the level of luxury. See below for options.

How much does it cost to go to New Orleans? Naturally, it depends on the dates. We recommend Kayak because they can find the best deals across all airlines.

The price of renting a car in New Orleans will depends on dates, the type of car, the location, and your age. We recommend Kayak because they can find the best deals across all car rental companies.

What did other people spend on Transportation in New Orleans?

Typical prices for Transportation in New Orleans are listed below. These actual costs are from real travelers and can give you an idea of the prices in New Orleans, but your costs will vary based on your travel style.

What did other people spend on Entertainment in New Orleans?

Typical prices for Entertainment in New Orleans are listed below. These actual costs are from real travelers and can give you an idea of the prices in New Orleans, but your costs will vary based on your travel style.

New Orleans On a Budget 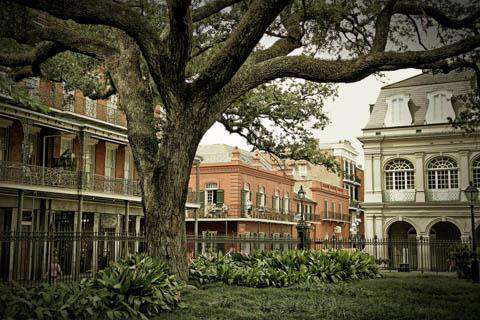 New Orleans, Louisiana
New Orleans is the largest city in the state of Louisiana, and it is a cultural city that is the home of jazz, unique cuisine, and Mardi Gras in the U.S. It was established in 1718 and is one of the oldest cities in the country. The culture of the city has a mix of French, Creole, African American, Caribbean, Irish, Haitian, German and Vietnamese. There's an energy and atmosphere that is unlike any place else.

The city's climate is humid subtropical with short and mild winters and hot and humid summers. Summers can be quite hot and oppressive while winters are comfortable and pleasant. Snow is very rare but does occasionally occur. Hurricanes are a significant risk in the area and the city's low elevation makes it particularly vulnerable to damage. It is also surrounded by water from the north, east and south. Hurricane Katrina devastated the city in 2005 but the city continues to rebound to this day.

New Orleans is a city that is really about atmosphere. The city's rich history means that it has a lot of historical architecture that is fun to explore. There are many old cemeteries throughout the older parts of town as well. Popular sights in the French Quarter include Bourbon Street, Royal Street, Jackson Square, the Moon Walk, Chartres Street, the Old French Market, and Lower Decatur Street.

Other sights include the Superdome, the Audubon Zoo, the New Orleans Museum of Art and the Mississippi River.

New Orleans can be divided into seven districts. The French Quarter is the most notable area for tourists. This is the oldest part of the city and there are many restaurants, music clubs and bars in this area. The Central Business District is next to the French Quarter and also has many attractions. It's the city's financial district and has both skyscrapers and high rise hotels. Downriver refers to the older neighborhoods that are located "Downriver" from the French Quarter. This is where you'll find Marigny's Frenchmen Street which is the main drag in the music district. Uptown is upriver from the central business district and has beautiful old architecture. Other districts in the city include Middle, Lakeside and Algiers.

New Orleans is at its peak during Mardi Gras. During this time there is no shortage of parades, balls, events, and festivities that you can enjoy. Other festivals around town include the New Orleans Jazz and Heritage Festival (or Jazz Fest), the French Quarter Festival, the Essence Festival, Southern Decadence, Satchmo Summer Festival, and San Fermin en Nueva Orleans.

But Mardi Gras is not everything. Penty of other things to do in New Orleans include riverboat cruises, riding the streetcar, exploring the historic neighborhoods, taking a carriage ride, taking a walking or bicycle tour, shopping, or taking a cooking class.

New Orleans truly is a culinary capital of the country. There are many regional and local specialties that are available at the restaurants throughout the city. Fresh seafood is commonplace in many of the dishes. Oysters and crawfish are particularly popular. Po-boys are a local sandwich that are made with a po-boy loaf and fried shrimp or oysters. The Muffaletta is also a local sandwich that is made on a large, round Italian loaf with sliced meats like salami and capicola, cheeses, and olive salad. For some great restaurant suggestions, see where the locals eat in New Orleans. Other local dishes include gumbo or red beans and rice. Bananas Foster is a well known, local dessert that is made with warm bananas mixed with brown sugar, cinnamon, butter, rum and ice cream (recipe). Other sweets include beignets and pralines.

If you plan to spend all of your time in the French Quarter, then a car is not necessary for your trip to New Orleans. Finding parking, even at your hotel, may be difficult. There is a rapid transit system, streetcars and buses that run throughout the day. It's also possible to walk through most parts of the French Quarter. During the late night time hours you're probably better off calling a taxi, but the prices are reasonable. It's also possible to rent a bike and explore the city.

The Riverfront, Canal Street and St. Charles streetcars all travel past many of the most interesting sights. There is also a new streetcar line that opened in 2013 along Loyola Avenue that connects Canal Street to the main public library and Union Terminal. Fares are cheap.