Things to Do in Naples

Things to Do in Naples

Naples has no shortage of tourist attractions. The following sights are some of the most impressive.

$25.63
The Naples Harbour is the city's lively gateway to the Mediterranean. It's the main port for southern Italy and it is worth explore for its bustling energy and beautiful views of the bay. There are cafes where you can grab a drink and people watch, or you could simply enjoy a walk along water's edge soaking up the atmosphere.

The harbour located between Castel Nuovo and Piazza San Giovanni Battista. It's possible to wander the area for several hours exploring the docks and the many people coming and going.

The National Archeological Museum is a world renowned museum with an impressive collection of archeological pieces, many of which were collected from the famed cities of Pompeii and Herculaneum. You'll also find artwork from the kings of Naples and collections from the palaces of Portici and Capodimonte.

Tickets are €12 full price, reduced €6. There's a €2 fee to reserve tickets online. Discounts are available for people under 18 and EU teachers. Free admission to the museum is available for everybody the first Sunday of every month.

This museum and palace was originally built as a lodge for King Charles III. It now houses the Farnese collection and has over 500 works that include portraits of the ruling families by Titian. The grounds around the palace once served as hunting grounds and is where King Charles III established the Capodimonte workshops to produce ceramics. Today the park is a nice place to wander with shaded avenues, statues, and a pond.

Tickets are €12 full price €8 reduced for people between 18 and 24 years old. Entry is €4 the first Sunday of every month. Buy tickets in advance here. Visitors under 18 are free. Combined tickets with a shuttle bus are available for €16 (adults). 4 and under are free and 5 to 25 year olds are 6 euros. For just the shuttle service round trip is €8 and one way is €5.

The Naples Cathedral dates back to the 13th century but it has undergone several restorations following earthquakes. Surrounding the cathedral are several other churches including the Archbishop's Palace, the Gothic Santa Maria Donnaregina, the Baroque churches of San Filippo Neri and San Paolo Maggiore.

The San Martino Monastery was originally built in 1325 and later rebuilt in the 17th century. The church is decorated with impressive paintings from the 17th and 18th centuries, beautiful ceiling frescoes, and marble work. It houses the San Martino Museum which has a beautiful collection of porcelain, an 18th century state coach, and a wide variety of historical items from around southern Italy. There's also a beautifully detailed Nativity scene.

$10.03
The Catacombs of San Gennaro date back to the second century and they're a maze of passageways and chambers split into two levels. The upper level has frescoes from the late second century. You'll also find the Crypt of the Bishops and the underground basilica.

Tickets are €9 for adults, €5 for those under 18, students and seniors are €6 and under 6 is free. Buy tickets in advance here. 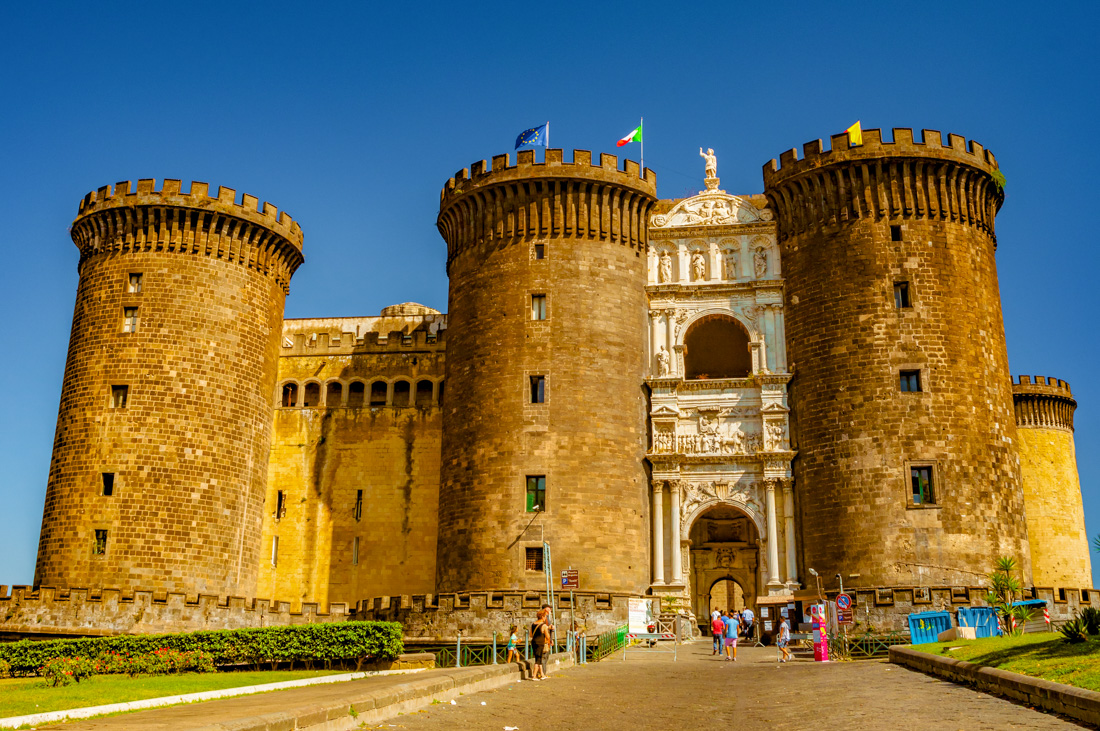 The "New" Castle
The Castel Nuovo once served as the home of the kings and viceroys of Naples. It's located on the south side of the Piazza del Municipio and it was built between 1279 and 1282 by Charles I of Anjou. It was later enlarged by Alfonso I of Aragon. Today parts of it are used for events and expositions but other parts are open to the public.

San Domenico Maggiore was built around 1300 and it houses many impressive early Renaissance pieces. It is one of the most ornate and beautiful churches in Naples, with a paneled ceiling and beautiful high altar.

The Monastery of Santa Chiara was established in 1310 and is decorated with Majorlica tiles made at the Capodimonte workshops. It's brightly colored and has the feel of a lively park more so than a serene religious setting.

The district of Santa Lucia offers a glimpse into traditional Neopolitan life. The neighborhood is located to the west of the Piazza del Plebiscito on the hill going down to the sea. You'll want to explore the area north of Via Santa Lucia where the narrow streets and neighborhood shops create an old world charm. There are many artisan shops and cafes to explore. The kids are out playing, the laundry hangs from the windowsills and neighbors call out to each other from their balconies.

Cappella Sansevero was begun in 1590 and served as a private church to the Sansevero family. It was redesigned in Baroque style during the 18th century today the inside is quite impressive with its many pieces of artwork and impressive ceiling.

Or, this terrific tour of central Naples covers admission plus a number of other nearby sights, and it's a good deal. 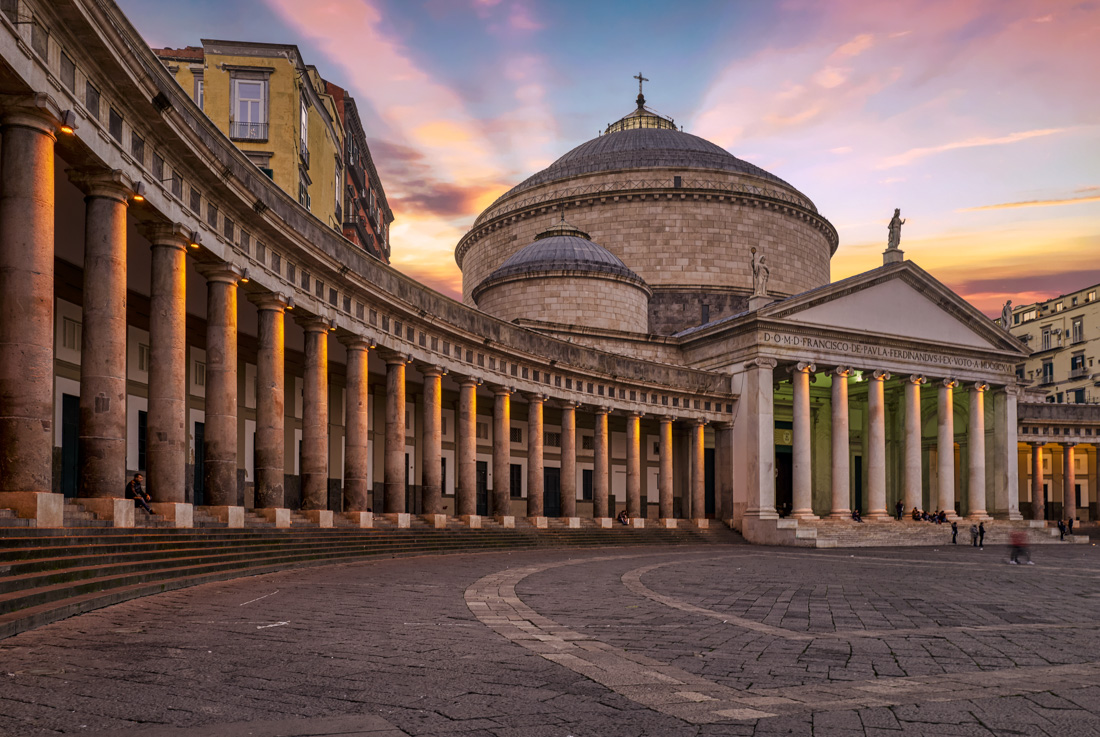 Basilica Reale Pontificia San Francesco da Paola, at the Piazza del Plebiscito, Naples
This is the main square in Naples and it's where you'll find the Royal Palace and the Basilica Royal. It's also a destination in its own right. The square has vast open space and impressive official buildings such as the Palazzo Salerno and the Prefecture Palace. Many visitors use this square as a starting point for their tour of Naples as there are many historic buildings here.

The Royal Palace is located across from the Basilica Reale in the Piazza del Plebiscito. It was begun in 1600 by Domenico Fontana and later restored in the mid 1800s. At the base of the building are eight marble statues of various kings. The inside is quite impressive with a grand marble staircase and more than two dozen rooms that are ornately decorated. Teatro San Carlo is connected to the palace. It's one of Italy's most famous opera houses and on the the largest theaters in Europe.

If you're entering Naples by sea, then this castle will be one of your first sights. This castle was originally built in the early 6th century BC, making it the oldest remaining defensive structures in the city. Although it once stood on an island, It's now accessible by footpath and road.

It's possible to explore the castle, wandering through its many passageways and arches and enjoying the views of the Mediterranean sea. There are also several history and art exhibits worth seeing. 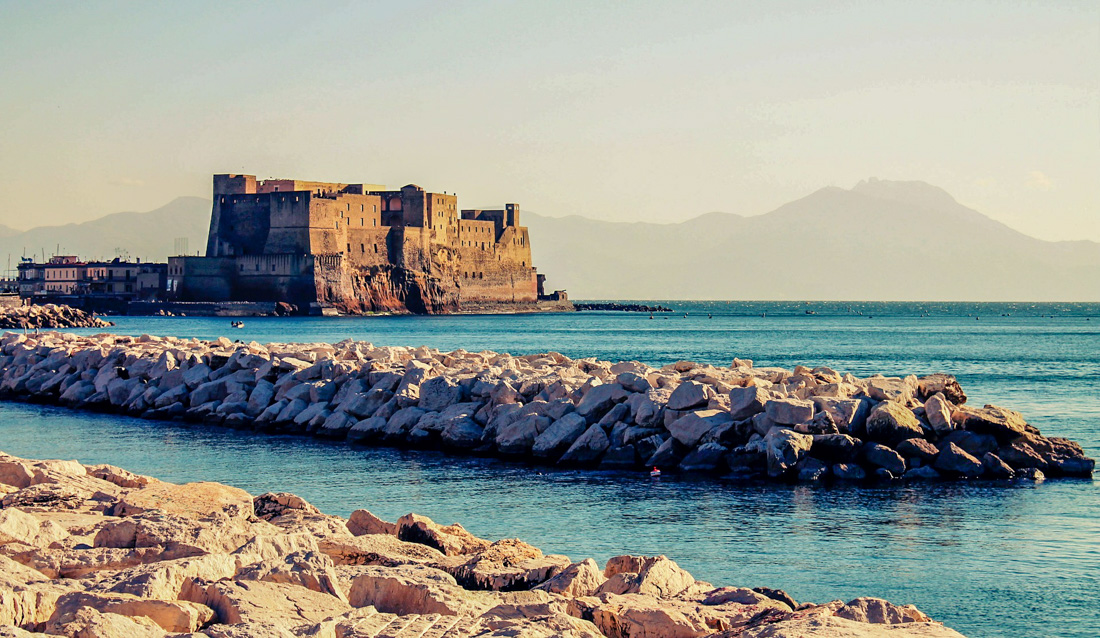 This public shopping area is an iconic and historical building in its own right. Constructed in the late 1800's, the beautiful glass-roofed architecture might remind you of a cathedral. However, this mixed use building is home to shops, cafes, and even apartments. Take a while to gander at the sights, go shopping, have a meal, or all of the above. 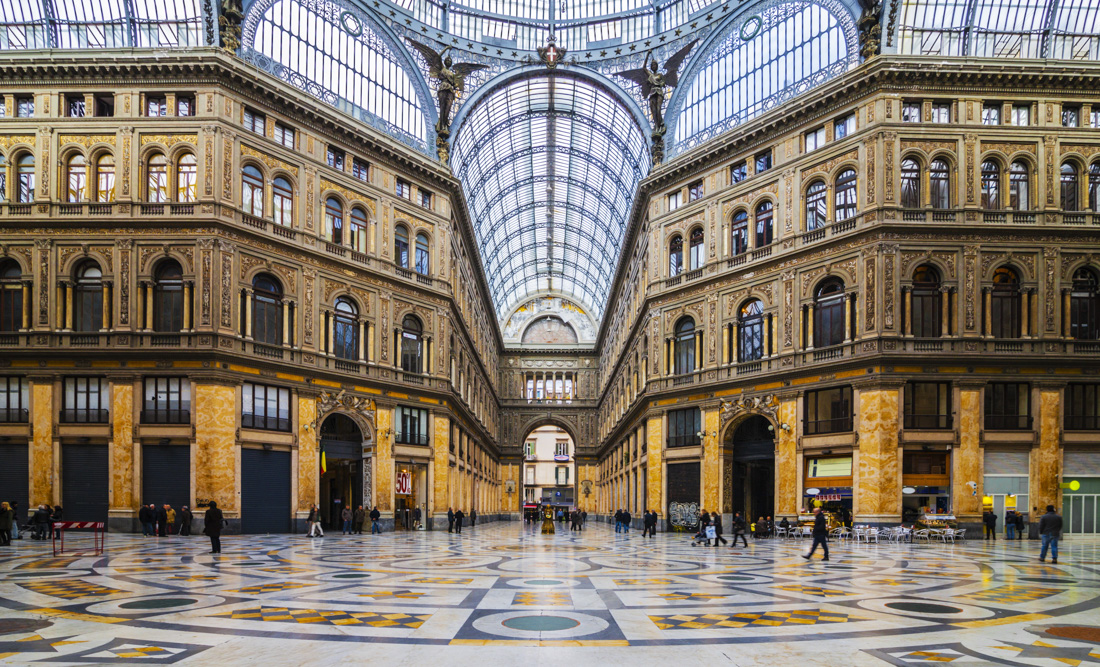 Naples: The Ultimate Travel GuideThe Best Day Trips from NaplesGetting Around Naples: The Circumvesuviana, Ferries, the Metro, and Taxis 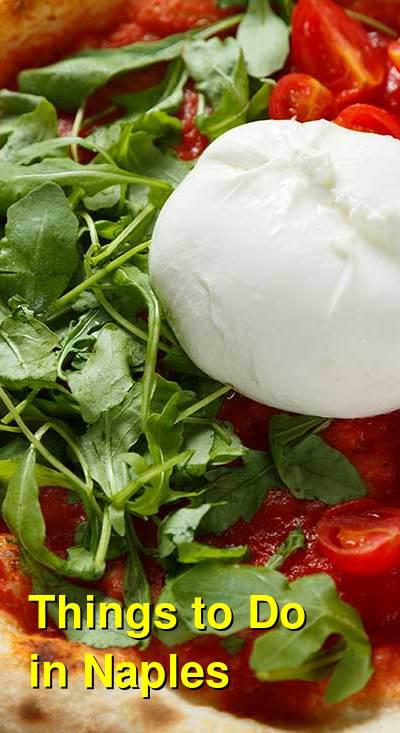