How much does it cost to travel to Genoa?

How much money will you need for your trip to Genoa? You should plan to spend around €120 ($119) per day on your vacation in Genoa, which is the average daily price based on the expenses of other visitors. Past travelers have spent, on average, €41 ($41) on meals for one day and €6.95 ($6.92) on local transportation. Also, the average hotel price in Genoa for a couple is €141 ($141). So, a trip to Genoa for two people for one week costs on average €1,676 ($1,669). All of these average travel prices have been collected from other travelers to help you plan your own travel budget.

A vacation to Genoa for one week usually costs around €838 for one person. So, a trip to Genoa for two people costs around €1,676 for one week. A trip for two weeks for two people costs €3,353 in Genoa. If you're traveling as a family of three or four people, the price person often goes down because kid's tickets are cheaper and hotel rooms can be shared. If you travel slower over a longer period of time then your daily budget will also go down. Two people traveling together for one month in Genoa can often have a lower daily budget per person than one person traveling alone for one week.


How expensive is Genoa? How much money do I need for Genoa?

How much does a trip to Genoa cost? Is Genoa expensive? The average Genoa trip cost is broken down by category here. All of these Genoa prices are calculated from the budgets of real travelers.

Looking for a hotel in Genoa? Prices vary by location, date, season, and the level of luxury. See below for options.

How much does it cost to go to Genoa? Naturally, it depends on the dates. We recommend Kayak because they can find the best deals across all airlines.

The price of renting a car in Genoa will depends on dates, the type of car, the location, and your age. We recommend Kayak because they can find the best deals across all car rental companies.

Best Hostels in Genoa for Solo Travellers, Backpackers, and StudentsAffordable, Safe, and Quiet Hostels and Bed and Breakfasts in Genoa, ItalyLa SpeziaSan RemoImperiaVentimiglia

Genoa On a Budget 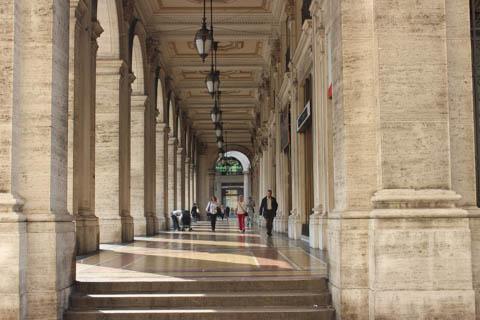 Genoa, Italy
Located on the coast of northwest Italy, Genoa is a port city and capital of the Liguria region. With a long history as a rich and powerful trade center, Genoa's past of many centuries is still visible in its old port, stunning architecture, and charming alleyways. A traveler can spend days walking along seaside villas, admiring towering churches, and shopping the boutiques of the city. Genoa is also the birthplace of Christopher Columbus, featuring what is thought to be his birth home and many other quaint abodes.

Known to be one of Europe's largest historical centers, Genoa is a city filled with remnants of the past. Medieval walls and forts are abundant throughout the city as are Renaissance palaces and other historic buildings. Some of the top sights include places like the Palace of the Doges, the medieval Church of San Donato, the Carlo Felice Opera House which dates back to the 19th century, and the 16th century churches of St. Ambrose and the Annunciation. The narrow streets and alleyways of the Old Harbor allow visitors to step back in time amongst the modern attractions of dining and entertainment, while the Laterna-the oldest European lighthouse-has become an important landmark for Genoa as well. Other notable sights include what is said to be the natal home of Christopher Columbus in Piazza Dante, the promenade known as Corsica Italia, a picturesque fishermen's quarter called Boccadasse, and the Il Galeone "Neptune" recreation of a 17th Century Spanish galleon pirate ship.

The main square of Genoa is called Piazza de Ferrari. This is the heart of the city, situated between the old and modern centers, renowned for its fountain, and surrounded by several palaces and historic buildings. On the old side of town, the main street is called Via Garibaldi. Well known for its ancient palaces, the street dates back to the year 1550 and is on the list of UNESCO World Heritage Sites. On the modern side of town there is plenty of shopping, with luxury boutiques and world class fashion available along Via XX Settembre. And then there is the Old Harbor, or Porto Antico, which is a hub for entertainment with a number of museums, cinemas, cafes, eateries, and a beautiful promenade overlooking the sea. Other popular neighborhoods include Castelletto, Albaro, Carignano, Sturla, Quarto dei Mille, Quinto del Mare, and Nervi.

Beyond the wealth of historic architecture and charming alleyways, the history of Genoa is also present in an abundance of museums. Some of these include a sea and naval museum, an ethnographic museum, a museum of natural history, the museum of Ligurian archaeology, a number of museums of modern art, as well as those displaying fine art of all places and cultures. Another unique museum is the Santa Maria di Castello which also doubles as a cloister of the Dominican order. And then there is the Museum at the Prince's Palace which holds a historical collection of Genovese art.

Beyond history, Genoa has many opportunities for entertainment in the present as well with plenty to do along the Old Harbor including an Aquarium-one of Europe's largest! For more information, check out what to see in Genoa in one day.

The cuisine of Genoa is based on traditional Mediterranean cooking and is very rich in ingredients and flavors. Being a major port of Liguria, Genoa has a selection of seafood that is abundant and fresh. Olive oil is used in almost everything, and the most common sauce is pesto made with basil, pine nuts, garlic, olive oil, and Parmesan cheese. There are many different kinds of homemade pasta like trofie and tagliatelle, as well as a selection of meat dishes like veal roulades, lamb stew, and stuffed pancetta all seasoned with aromatic herbs and spices of the region. Focaccia and vegetable pies are also common and can be eaten as main entrees, appetizers, or snacks. Most restaurants in Genova follow the Italian custom of charging a fixed amount per person for dinner (known as coperto). Generally, restaurants are open 12:30pm to 3pm for lunch and 7:30pm to 10pm for dinner.

By plane, Genoa is served by the Genoa Cristoforo Colombo Airport with daily flights from other major European cities like Rome, London, Munich, Paris, Moscow, and Istanbul. To reach the city center there are rental cars and shuttle buses (Volabus) available at the airport.

Genoa can also be easily reached by train from Milan, Turin, Rome, and Tuscany (Pisa, Livorno and Florence. It is also connected to France by train with direct routes connecting with Nice and Marseille. There are two main train stations in Genoa, called Brignole and Principe. Brignole serves most local routes and provides access to many bus lines, while Principe serves local as well as long distance trains.

By bus, Eurolines coach provides services from many European countries.

There are also a number of ferry routes arriving in Genoa's port.