How much does it cost to travel to Lombardy?

How much money will you need for your trip to Lombardy? You should plan to spend around €135 ($140) per day on your vacation in Lombardy, which is the average daily price based on the expenses of other visitors. Past travelers have spent, on average, €34 ($35) on meals for one day and €29 ($30) on local transportation. Also, the average hotel price in Lombardy for a couple is €148 ($154). So, a trip to Lombardy for two people for one week costs on average €1,888 ($1,966). All of these average travel prices have been collected from other travelers to help you plan your own travel budget.

A vacation to Lombardy for one week usually costs around €944 for one person. So, a trip to Lombardy for two people costs around €1,888 for one week. A trip for two weeks for two people costs €3,776 in Lombardy. If you're traveling as a family of three or four people, the price person often goes down because kid's tickets are cheaper and hotel rooms can be shared. If you travel slower over a longer period of time then your daily budget will also go down. Two people traveling together for one month in Lombardy can often have a lower daily budget per person than one person traveling alone for one week.


How expensive is Lombardy? How much money do I need for Lombardy?

How much does a trip to Lombardy cost? Is Lombardy expensive? The average Lombardy trip cost is broken down by category here. All of these Lombardy prices are calculated from the budgets of real travelers.

Looking for a hotel in Lombardy? Prices vary by location, date, season, and the level of luxury. See below for options.

How much does it cost to go to Lombardy? Naturally, it depends on the dates. We recommend Kayak because they can find the best deals across all airlines.

The price of renting a car in Lombardy will depends on dates, the type of car, the location, and your age. We recommend Kayak because they can find the best deals across all car rental companies.

Tips and Handouts Budget in Lombardy

Lombardy On a Budget 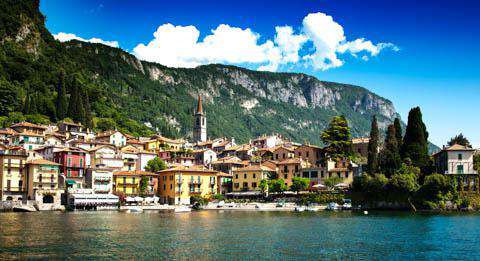 Varenna Village, Lake Como, Italy
As the fertile surrounding mountains turn from vibrant green to a mystic blue as the sun wanes, the only lights that remain are that from the ancient Italian architecture that glisten brightly on the glassy Lake Como. Though darkness surrounds the region, Lombardy, Italy glows a golden radiance that cannot be extinguished. Located in Northern Italy, Lombardy is one of Italy's largest regions and shares its border with neighbor Switzerland. The region is known for its capital Milan that is a fishbowl of fashion and art with its haute couture boutiques and exquisite galleries that feature works of the most widely acclaimed Italian artists. Like much of Italy, Lombardy is simply teeming with an extensive, unique history that has fascinated millions for centuries. Sforza Castle, Milan Cathedral, Santa Maria delle Grazie-Lombardy is nearly a timecapsule of ancient relics and treasures. Besides its profound history, Lombardy also furnishes its visitors with a wide array restaurants, bars, clubs, malls, and beaches to ensure that you not only relish the past but enjoy the present as well! Whether you are looking to bathe underneath the warm Italian sun on the shores of Lake Garda or marvel at the artistic specimens on display in Pinacoteca di Brera, life is leisure when you are in Lombardy!

Nearly a shadow amidst the towering Rhaetian Alps, Lake Como, or Lago di Como, is one of the most breathtaking lakes found throughout Europe. Once a refuge for Lombard kings from invaders on Isola Comacina, Lake Como now harbors a cluster of towns where visitors can delight in exquisite malls and tasty eateries. Measuring about 120 kilometers, Lake Como acquires a distinct shape, forming an upside-down letter Y. Whether you seek to climb the mountains starting from Menaggio for a brisk jog or engage in a lively expedition of water skiing, there is plenty to do in the region of Lake Como. Plenty of off the beaten path destinations in Italy can be found in this region. Boat trips are highly recommended as you get to explore the expanse of the lake as well as a stop at some of the most popular tourist towns like Bellagio, Menaggio, and Varenna. The views of Lake Como are simply amazing and is well worth a trip.

Refined, elegant, sophisticated-restaurant Da Vittorio acquires a unique flair in dining that cannot be duplicated. Established in 1966 by Vittorio Cerea and his wife Bruna, the restaurant is located just below the start of the Bergamo Alps and the Italian lakes in the city of Bergamo. Da Vittorio became well known due to its riskily creative fish dishes during a time where meat was the predominant staple of Italian cuisine. Just as the Cerea family grew, the popularity of Da Vittorio grew as well. Presently, the restaurant offers a special menu âin the tradition of Vittorio' to celebrate its renowned seafood dishes. Besides its restaurant, Da Vittorio also offers catering, banquet halls, and cooking demonstrations for the public. Some of Da Vittorio's meals include raw "damare" fish and shellfish, crab bisque, spit-roasted lobster and oyster nage, "hourglass" white sea bass, and grilled fantasy of prawns.

If you are looking to explore the expanse of the Lombardy region, most seasoned travelers suggest renting a car. This will allow you the convenience to travel at your own pace and to your own destinations.

However, if you are looking to remain within the borders of major metropolitan areas of Lombardy like Milan, public transportation is the best way to go. Milan as well as other cities are known for its excellent, on-time public transportation service. However, if you are looking to enjoy the view of Lombardy, many take the tram instead as views of the landscape are often missed when taking the subway. However, be weary that the tram often runs behind schedule and continually gets caught in traffic.

Via Italy's very efficient rail network, major cities in Lombardy, including Milan, connect to Rome, Venice, Florence, and other major cities throughout Italy.

Have a lovely time in Lombardy!