How much does it cost to travel to Ise?

A vacation to Ise for one week usually costs around ¥76,352 for one person. So, a trip to Ise for two people costs around ¥152,704 for one week. A trip for two weeks for two people costs ¥305,408 in Ise. If you're traveling as a family of three or four people, the price person often goes down because kid's tickets are cheaper and hotel rooms can be shared. If you travel slower over a longer period of time then your daily budget will also go down. Two people traveling together for one month in Ise can often have a lower daily budget per person than one person traveling alone for one week.


How expensive is Ise? How much money do I need for Ise?

How much does a trip to Ise cost? Is Ise expensive? The average Ise trip cost is broken down by category here. All of these Ise prices are calculated from the budgets of real travelers.

Looking for a hotel in Ise? Prices vary by location, date, season, and the level of luxury. See below for options.

How much does it cost to go to Ise? Naturally, it depends on the dates. We recommend Kayak because they can find the best deals across all airlines.

The price of renting a car in Ise will depends on dates, the type of car, the location, and your age. We recommend Kayak because they can find the best deals across all car rental companies.

Ise On a Budget 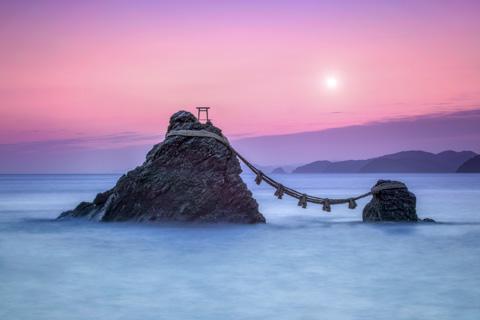 Ise, Japan
A coastal city of Japan, Ise is best known for the Ise Shrine, arguably the holiest and most important Shinto site and the reputed home of the Emperor's Sacred Mirror. The shrine dates back to 4 BC and actually consists of two shrines: the inner shrine called Naiku and the outer shrine called Geku.

When visiting Ise, one comes to see the Ise Shrines. The Inner Shrine, also known as Naiku, is dedicated to the sun goddess and is the larger of the two. One of Japan's most sacred shrines, it is believed to have been established over 2000 years ago, with a unique architectural style that resembles ancient rice granaries. A visit to the Inner Shrine begins at the Uji Bridge with a large traditional torii gate on either end marking the shrine's entrance. The shrine itself is simple and barely painted, surrounded by peaceful trees in the surrounding woods. There is also an area for visitors to cleanse themselves with the waters of the sacred Isuzugawa River. Other features of the complex include the main sanctuary atop a flight of stone stairs, a number of smaller shrines, and an ancient rice granary used to store offerings.

The Outer Shrine, also known as Geku, is dedicated to the Shinto guardian and deity of food, clothing, and housing and is traditionally the first shrine to be visited. The deity, Toyouke, provides food for the sun goddess who is enshrined in the Inner Shrine to the south. The Outer Shrine is believed to have been established over 1500 years ago, about 500 years after the Inner Shrine. Both the Inner and Outer Shrines are rebuilt every 20 years, keeping the simplicity of the architecture intact, a style nearly free of influence from the Asian mainland. The grounds of the Outer Shrine are a bit smaller than the inner with a series of paths amongst tall trees. At the entrance to the shrine grounds stands the Sengukan Museum, which exhibits replicas of the Inner Shrine and main sanctuary.

Oharaimachi is the main route to approaching the Inner Shrine of Ise. About one kilometer long, the stretch is lined by many traditional style buildings, housing shops and restaurants-some of which have been catering to pilgrims and tourists for several centuries. This is also a great place to indulge in some of the local flavors like the noodle dish of Ise Udon or the sweet treat of the akafuku. Halfway down the street there is a district called Okage Yokocho which recreates a scene of centuries past from the Edo Period to the early Meiji Period, with a variety of interesting shops and restaurants open to explore. Kawasaki Kaiwai is another interesting district standing as the old merchants' quarters of town with many traditional buildings still remaining.

Beyond shrines, another popular sight to visit while in Ise is Meoto Iwa, also called the Husband and Wife Rocks or the Wedded Rocks. The two rocks just offshore are tied together with a Shinto shimenawa rope weighing over a ton. They are said to represent Izanagi and Izanami, the creator gods of Shinto myth, with the larger male rock supporting a small torii gate on top.

Futami Sea Paradise, just a few minutes' walk from Meoto Iwa, is an aquarium that offers another range of activities from seal and walrus shows to interactive hands on activities with the animals.

The local specialty of Ise is a Japanese spiny lobster, known as Ise-ebi in Japanese. Another local favorite includes Ise udon, a very simple dish of thick noodles in a strong flavored sauce with spring onion. For dessert, a popular confection is akafuku, a mochi rice cake wrapped in red bean jam which is often served with complimentary green tea. Ise udon and akafuku are common to find in at stalls around Naiku. You can also buy akafuku it boxed at the main stations, Iseshi Station and Ujiyamada Station. Being a coastal city, Ise also has many seafood items on its restaurant's menus. And of course throughout Japan, the alcoholic beverage of choice is sake-made from fermented rice.

By plane, Chubu Centrair International Airport is the closest. Ferry service is available from Centrair Airport to Tsu pier. From Tsu pier you can get to JR or Kintetsu Tsu Station by bus.

By bus, the cheapest option for travel between Ise and Tokyo is the overnight bus operated by Sanco.