How much does it cost to travel to Nagoya?

How much money will you need for your trip to Nagoya? You should plan to spend around ¥10,743 ($84) per day on your vacation in Nagoya, which is the average daily price based on the expenses of other visitors. Past travelers have spent, on average, ¥3,339 ($26) on meals for one day and ¥1,371 ($11) on local transportation. Also, the average hotel price in Nagoya for a couple is ¥11,312 ($88). So, a trip to Nagoya for two people for one week costs on average ¥150,403 ($1,176). All of these average travel prices have been collected from other travelers to help you plan your own travel budget.

A vacation to Nagoya for one week usually costs around ¥75,201 for one person. So, a trip to Nagoya for two people costs around ¥150,403 for one week. A trip for two weeks for two people costs ¥300,805 in Nagoya. If you're traveling as a family of three or four people, the price person often goes down because kid's tickets are cheaper and hotel rooms can be shared. If you travel slower over a longer period of time then your daily budget will also go down. Two people traveling together for one month in Nagoya can often have a lower daily budget per person than one person traveling alone for one week.


How expensive is Nagoya? How much money do I need for Nagoya?

How much does a trip to Nagoya cost? Is Nagoya expensive? The average Nagoya trip cost is broken down by category here. All of these Nagoya prices are calculated from the budgets of real travelers.

How much do vacation rentals cost in Nagoya? Prices vary by location, date, size of the place, and the level of luxury. See below for options.

How much does it cost to go to Nagoya? Naturally, it depends on the dates. We recommend Kayak because they can find the best deals across all airlines.

The price of renting a car in Nagoya will depends on dates, the type of car, the location, and your age. We recommend Kayak because they can find the best deals across all car rental companies.

Nagoya On a Budget 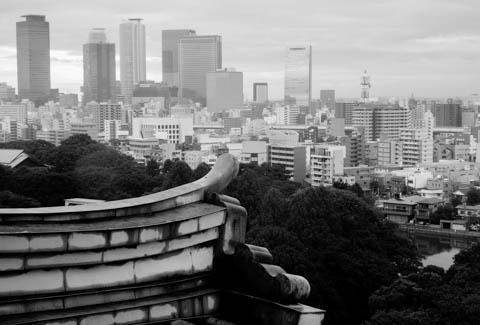 Nagoya, Japan
Nagoya is Japan's fourth-largest city after Tokyo, Yokohama, and Osaka, as well as one of the nation's major economic centers, being the home of auto giants like Toyota, Honda, and Mitsubishi Motors. With a history that dates back to samurai and ninja, Nagoya has evolved over the years into a trade center and hub for automobile and aircraft manufacturing. And it's also home to the Legoland resort!

As home of the headquarters for Japan's leading car manufacturer, Toyota, Nagoya has a museum called the Toyota Kaikan Museum, where Toyota displays its new models and technologies to the public and periodically holds robot shows. The Toyota Techno and Toyota Automobile Museums are also popular as are the factory tours just outside the city. Other museums worth visiting include the Tokugawa Art Museum which displays treasures and artifacts of the former feudal lords, and the Nagoya City Science Museum which houses one of the world's largest planetariums.

If you seek traditional architecture, Nagoya Castle is a reconstruction of an earlier building dating to the Edo Period which was once home to a branch of the ruling Tokugawa family. There is also a park surrounding the castle keep which is especially beautiful in cherry blossom season which peaks in late March to early April. The Atsuta Shrine is another important landmark, one of Shinto's most important shrines for the Sun Goddess Amaterasu and home to the sacred sword Kusanagi (though it is not shown to the public). Osu Kannon is also an important structure, a Buddhist temple located in central Nagoya. A few modern feats of architecture include Midland Square and the JR Central Towers.

The downtown central hub of Nagoya is called the Sakae district. Here there are a number of malls and department stores like Sunshine Sakae, Matsuzakaya, and Nadya Park as well as a wide range of dining options. A few of the district's more notable landmarks include the Nagoya TV Tower which was finished in 1954, and the futuristic-styled Oasis 21 which accommodates Nagoya's highway bus terminal and several shops and restaurants. Another important waypoint is Nagoya Port, south of the city center. It has recently been developed into more of a leisure district with an aquarium, shopping mall, amusement park, museums, and green space. Another attraction of the port is the Antarctic Museum, which is housed in the Fuji Icebreaker, the ship Japan used to explore the Antarctic Ocean from the 1960s to the 1980s. Other nearby destinations just outside Nagoya include the castle town of Inuyama, the mountains and farm houses of Shirakawa-go, and the preserved old town of Takayama.

If you seek a little something beyond city sights, Nagashima Resort is a major vacation destination just outside Nagoya. Its facilities include Nagashima Spaland amusement park, a water park, a hot spring complex, an outlet shopping mall and a flower park named Nabana no Sato.

Nagoya is also home to the Legoland park in Japan. For obvious reasons, this is a great place for kids, but adults will find it fun as well. It should definitely be on your 3-week itinerary in Japan with kids. The resort area is on the south side of the city by the water.

Other activities include taking a tour on a sightseeing bus, catching a traditional Japanese play at Nagoya Noh Theatre, enjoying the green spaces and gardens of Nagoya like the largest Meijo Park, or visiting Higashiyama Park which features a zoo, conservatory, monorail, and roller coasters.

A few events worth mentioning include the annual tradition of the Nagoya Sumo Tournament, the street festivities of the Osu Summer Festival, the World Cosplay Summit where fans from around the world dress up as their favorite anime characters, and the traditional celebration of the Nagoya Castle Summer Night Festival.

As far as cuisine goes, Nagoya has many dishes built on the foundations of miso, a sauce made from fermented soybeans and grains. Miso katsu is one dish that is especially popular, consisting of a fried pork cutlet topped with a sweet miso sauce. Another local specialty is kishimen, a dish made from the flat broad udon noodle often served in a miso or soy sauce broth. Shrimp tempura, Hitsumabushi (eel dish), and Moriguchi pickles are common as well. For dessert, a confection called uiro is a kind of rice dumpling made from rice flour and sugar with flavors like red bean and green tea, while sake remains the alcoholic beverage of choice throughout Japan. Many dining options are available in Nagoya's central Sakae district.

By plane, Chubu Centrair International Airport is the closest major airport located just 30 minutes south of the town center on an artificial island. Airport facilities include two hotels, restaurants, a shopping area, and an onsen (bath house/spa) with views of the runway. From the airport to Nagoya's center, the best way of travel is by train on the Meitetsu Airport Line.

Nagoya is located along the Tokaido Shinkansen route between Tokyo and Osaka, with different travel times depending on the train and city of departure-anywhere from 35 minutes to 2 hours.

Since Nagoya is a major city, there are also many buses that run between Nagoya and other locations throughout Japan.