How much does it cost to travel to Toronto?

How much money will you need for your trip to Toronto? You should plan to spend around CA$224 ($178) per day on your vacation in Toronto, which is the average daily price based on the expenses of other visitors. Past travelers have spent, on average, CA$74 ($59) on meals for one day and CA$35 ($28) on local transportation. Also, the average hotel price in Toronto for a couple is CA$187 ($148). So, a trip to Toronto for two people for one week costs on average CA$3,140 ($2,489). All of these average travel prices have been collected from other travelers to help you plan your own travel budget.

A vacation to Toronto for one week usually costs around CA$1,570 for one person. So, a trip to Toronto for two people costs around CA$3,140 for one week. A trip for two weeks for two people costs CA$6,280 in Toronto. If you're traveling as a family of three or four people, the price person often goes down because kid's tickets are cheaper and hotel rooms can be shared. If you travel slower over a longer period of time then your daily budget will also go down. Two people traveling together for one month in Toronto can often have a lower daily budget per person than one person traveling alone for one week.


How expensive is Toronto? How much money do I need for Toronto?

How much does a trip to Toronto cost? Is Toronto expensive? The average Toronto trip cost is broken down by category here. All of these Toronto prices are calculated from the budgets of real travelers.

How much do vacation rentals cost in Toronto? Prices vary by location, date, size of the place, and the level of luxury. See below for options.

What did other people spend on Food in Toronto?

Typical prices for Food in Toronto are listed below. These actual costs are from real travelers and can give you an idea of the prices in Toronto, but your costs will vary based on your travel style.

How much does it cost to go to Toronto? Naturally, it depends on the dates. We recommend SkyScanner because they can find the best deals across all airlines.

The price of renting a car in Toronto will depends on dates, the type of car, the location, and your age. We recommend SkyScanner because they can find the best deals across all car rental companies.

What did other people spend on Transportation in Toronto?

Typical prices for Transportation in Toronto are listed below. These actual costs are from real travelers and can give you an idea of the prices in Toronto, but your costs will vary based on your travel style.

What did other people spend on Entertainment in Toronto?

Typical prices for Entertainment in Toronto are listed below. These actual costs are from real travelers and can give you an idea of the prices in Toronto, but your costs will vary based on your travel style.

Tips and Handouts Budget in Toronto

Toronto On a Budget

The Toronto Skyline
The capital of Ontario and the most populated city in Canada, Toronto is a very popular travel destination for any number of reasons. It's positioned along the coast of Lake Ontario and has a population of more than 2.6 million with 6.2 million in the Greater Toronto Area. It's a very international and diverse city, with a very rich cultural history. More than half of the city's population was not born in Canada, and there are more than eighty different ethnic neighborhoods sprinkled throughout the city. The city is a center for music, theater, film, and television. It has countless museums, festivals, and sights that attract more than 25 million tourists every year.

Toronto's climate is humid continental. There are four distinct seasons with warm and humid summers and cold and snowy winters. Spring and early summer can remain cool because of the lake breeze off of Lake Ontario. Temperatures in the winter months drop below freezing and snow can fall anytime between November and mid April. The summer temperatures are usually around 35 degrees Fahrenheit with temperatures in the 80s not uncommon. Summer is usually the wettest season but precipitation is still spread throughout the year.

There are any number of sights throughout Toronto. Some of the most popular include museums, architectural buildings and parks. Popular museums and art galleries include the Art Gallery of Ontario, Royal Ontario Museum, Bata Shoe Museum, Gardiner Museum of Ceramic Art, the Toronto Aerospace Museum, and Ontario Science Centre. Other landmarks around the city include Rogers Centre, the Toronto Zoo, the Toronto City Hall, Black Creek Pioneer Village, the Hockey Hall of Fame, Spadina House, Casa Loma, and CN Tower.

Toronto is divided into six of districts. Old Toronto includes the city's downtown area, West End, East End, Midtown, and the Islands. This area is the urban core of the city and Yonge Street runs through the middle.

Etobicoke is an industrial and residential area with suburban homes. It's where you'll find the Sherway Gardens, Woodbine Racetrack, and St. George's Golf Course.

York is an ethnically diverse area and was originally a separate city. East York was also a former autonomous borough. North York is where you'll find Parc Downsview Park, which is the Canada's first national urban park as well as Downsview Airport and North York Performing Arts Centre.

Scarborough feels like an old suburb of Toronto with interesting character. It is also the greenest part of the city.

Toronto is a great place to simply walk around. Head to Chinatown or wander one of the popular nearby islands. Also try to take in a show as theater is very popular here. Comedy shows are also a great way to pass some time and can make for a wonderful night outing.

Toronto has an excellent restaurant scene with many top rated restaurants as well as plenty of unique and delicious dives. The city's diverse population means that it has an endless supply of ethnic restaurants with options from almost anywhere around the world. There are also many ethnic grocery stores where you can buy products that are hard to find outside of such a large and diverse city.

Despite its large size, Toronto is relatively easy to navigate with a public transit system. Even so, it is likely easier and faster to drive if you have access to a car. The major exception to this is during rush hour when traffic can be frustratingly congested. Also make note that, while there are no shortage of parking garages, they are usually quite expensive. Public transit is easily the cheapest way to travel throughout the city. The system is also one of the most popularly used systems in North America, next to Mexico City and New York City. The system includes a subway system, a rapid transit line, streetcars and buses. If you're traveling during rush hour, it is best to avoid the buses or streetcars, unless you are on a route where the streetcar has its own dedicated lane. Because of the dense traffic, don't be surprised if you find yourself waiting for half an hour for a streetcar, only to have four reach you at the same time. 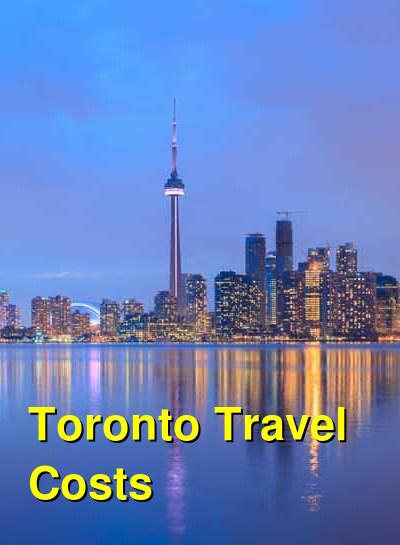