How much does it cost to travel to Cagliari?

How much money will you need for your trip to Cagliari? You should plan to spend around €96 ($110) per day on your vacation in Cagliari, which is the average daily price based on the expenses of other visitors. Past travelers have spent, on average, €28 ($32) on meals for one day and €24 ($28) on local transportation. Also, the average hotel price in Cagliari for a couple is €106 ($121). So, a trip to Cagliari for two people for one week costs on average €1,345 ($1,536). All of these average travel prices have been collected from other travelers to help you plan your own travel budget.

A vacation to Cagliari for one week usually costs around €673 for one person. So, a trip to Cagliari for two people costs around €1,345 for one week. A trip for two weeks for two people costs €2,690 in Cagliari. If you're traveling as a family of three or four people, the price person often goes down because kid's tickets are cheaper and hotel rooms can be shared. If you travel slower over a longer period of time then your daily budget will also go down. Two people traveling together for one month in Cagliari can often have a lower daily budget per person than one person traveling alone for one week.


How expensive is Cagliari? How much money do I need for Cagliari?

How much does a trip to Cagliari cost? Is Cagliari expensive? The average Cagliari trip cost is broken down by category here. All of these Cagliari prices are calculated from the budgets of real travelers.

How much do vacation rentals cost in Cagliari? Prices vary by location, date, size of the place, and the level of luxury. See below for options.

How much does it cost to go to Cagliari? Naturally, it depends on the dates. We recommend Kayak because they can find the best deals across all airlines.

The price of renting a car in Cagliari will depends on dates, the type of car, the location, and your age. We recommend Kayak because they can find the best deals across all car rental companies.

The Best Hostels in Cagliari, ItalyNaplesPalermoBariCataniaMessina

Cagliari On a Budget 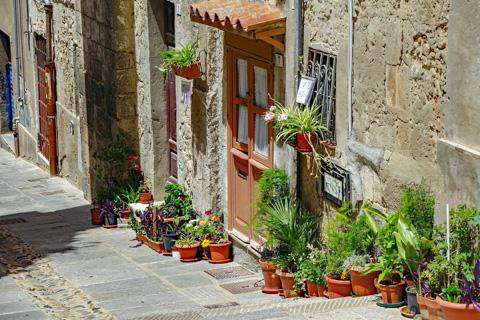 Cagliari, Sardinia, Italy
Cagliari is the capital of the Italian island, Sardinia, located in the Mediterranean Sea. It is best known for its abundance of seafood, beach access, and an array of architecture that reflects both Roman and medieval history.

Most of Cagliari's main attractions, which are largely historic and architectural, are concentrated closer to the coast within the city center and Marina district. One impressive example is the Roman Catholic Cagliari Cathedral, which dates to the 13th century and is home to royal tombs. The Torre dell’Elefante is another example of medieval workmanship, still standing as an imposing limestone tower adorned with a sculpted elephant. Nearby is also the Bastion de Saint Remy where visitors can see panoramic views of the city. Constructed with a limestone arch and pillars, the site's terrace and promenade are often used for cultural events.

Towards the outskirts of the city and traveling further back in time, visitors also have the chance to see 2nd-century Roman ruins at the Roman Amphitheatre of Cagliari. Traveling just a bit further up the hill will also allow visitors to experience the Castello di San Michele, a medieval castle built in the 12th century whose hill is now a large park. Other significant landmarks include the 14th-century church complex at the Santuario e Basilica di Bonaria, the historic gardens at the Orto Botanico dell’Universita di Cagliari, the 5th-century Basilica of San Saturnino, and many other beautiful churches.

The city also boasts a number of fascinating museums, such as the Museo Archeologico Nazionale, which explores Sardinia’s ancient history via archaeological exhibits, as well as the Cittadella dei Musei, which hosts art and other archaeological exhibits around a central courtyard. For an escape from the bustle of the city, there are also a number of outdoor parks including the hilltop Parco di Monte Urpinu and the natural area of Parco di Monte Claro.

The heart of the city is located at the Piazza Yenne, a pedestrian square that marks the city center as well as the center of the Marina district. The square can be recognized for the statue of King Carlo Felice, an important monarch of the mid-19th century. Especially in the summer evenings, this area becomes a hub for the younger crowd looking to enjoy local bars, gelaterie, and cafes. Another important part of the city center is the Via Roma, which serves as Cagliari's main street and runs along the sea-front. As a whole, the street is a unique promenade, lined with cafes, shops, and a high-end department store. On the one end is the more modern building of the Regional Parliament, while on the other sits the Town Hall (or Palazzo Comunale), which was initiated in the early 20th century and showcases Catalan-Gothic and Art Nouveau styles. Another part of the city worth mentioning is the hilltop Castello, a medieval walled quarter that is situated high above the rest of the town.

Visitors can spend time sightseeing, admiring architecture, and exploring the age-old history represented in the city's layout and museums. Being a coastal city, however, Cagliari also has access to beaches that offer waterfront activities as well. Poetta Beach is about 8 kilometers long with easy access to amenities like restaurants and bars. Calamosca Beach is smaller, but also very beautiful for swimming and sunbathing.

Local cuisine of Cagliari follows traditions of Sardinia as a whole, with more emphasis on the seafood. Food here is considered to be part of the Mediterranean diet, often featuring many courses from starters to main dishes. Cagliari itself focuses more on seafood dishes that are unique to the city. Visitors will find a wide array of pastas served with all kinds of sauces and many different varieties of seafood, both raw and cooked. Mussels marinara or octopus salad, for example, are popular starters, while a main meal can consist of something like spaghetti and sea urchin or seafood fregola. Other dishes specific to Cagliari include fregula cun cÃ²ciula (fregula with clams), cÃ²ciulas e cotzas a sa schiscionera (clams and mussels cooked in a pan), burrida a sa casteddaja (dogfish with vinegar and walnuts), cassÃ²la (soup consisting of fish, crustaceans, and mollusks), and s’aligusta a sa casteddaja (Cagliaritan-style lobster). Meals can be accompanied by wines produced in the nearby vineyards of the Campidano plain, including varieties such as Cannonau, Nuragus, Nasco, Monica, Moscau, GirÃ², and Malvasia.

The nearest major airport to Cagliari is Cagliari Elmas Airport, located about 7 kilometers from the city center. Several airlines operate here, connecting the city to many Italian and European cities. Taxis, a rail service, and a shuttle bus service operate transportation between the airport and the city center. Taxis also operate throughout the city, as do a number of bus and metro lines. It is also very easy to navigate the city on foot or rent a bike, though keep in mind that the city is very hilly.

Alternatively, visitors can ferry in from other Italian coastal cities.