How much does it cost to travel to Piazza Armerina?

How much money will you need for your trip to Piazza Armerina? You should plan to spend around €74 ($88) per day on your vacation in Piazza Armerina, which is the average daily price based on the expenses of other visitors. Past travelers have spent, on average, €26 ($31) on meals for one day and €3.43 ($4.05) on local transportation. Also, the average hotel price in Piazza Armerina for a couple is €90 ($107). So, a trip to Piazza Armerina for two people for one week costs on average €1,036 ($1,225). All of these average travel prices have been collected from other travelers to help you plan your own travel budget.

How much do vacation rentals cost in Piazza Armerina? Prices vary by location, date, size of the place, and the level of luxury. See below for options.

How much does it cost to go to Piazza Armerina? Naturally, it depends on the dates. We recommend SkyScanner because they can find the best deals across all airlines.

The price of renting a car in Piazza Armerina will depends on dates, the type of car, the location, and your age. We recommend SkyScanner because they can find the best deals across all car rental companies.

Piazza Armerina On a Budget

Piazza Armerina
Located in central Sicily in the province of Enna, Piazza Armerina is famous for its Roman Mosaics of the Villa Romana di Casale. The city, originally called Piazza, grew up during the Norman domination of Sicily in the 11th century, although the area has been settled since prehistoric times. The city was at its peak during the Roman times, which is notable by the impressive mosaics.

Piazza Armerina is a Lombardic commune in Sicily, meaning its dialect is unique from other areas. The destruction of the old Piazza by King William I of Sicily was followed by the area's repopulation by William II. This led to a dialect that is influenced by different regions. The colonists came from the Lombard regions of northern Italy, most commonly from Monferrato and Piacenza.

Most people travel to Piazza Armerina for the Roman mosaics that are found in the Villa Romana del Casale. There is also an interesting medieval history to the city that can be seen in the houses and major landmarks around town. There are a variety of different architectural styles that are represented in the many buildings of significance. Buildings worth seeing include the Baroque Cathedral that was built in the 17th and 18th centuries, Palazzo Trigona, the Church of Fundro, the Palazzo di Citta, the Aragonese Castle, the Church of San Giovanni Evangelista, the Church of Sant'Anna, the CHurch of St. Martin of Tours, the Church of Santa Maria di Gesu, and the Garibaldi Theater.

Piazza Armerina is located in the hills of Sicily. It was built in two different parts. The original part of the city was built by the Saracens in the 10th century. It grew toward the southeast in the 15th century and grew further during the 17th century. An interesting area to explore is the area around the Via Monte near the Duomo. This area dates back to the 13th century.

Many people enjoy simply wandering around the interesting, winding streets of the city. The architecture is impressive and the town's character is unique.

The city holds an annual Palio dei Normanni, which is a re-enactment of the entrance of the Norman Count Roger I to the city. The re-enactment is done in full costume and takes place between August 12th and August 14th. It's an interesting event to see.

There are a decent number of restaurants that serve up traditional cuisine in Piazza Armerina. The prices range from budget to high end and the quality is usually quite good with fresh ingredients and seasonal specialties.

The easiest way to reach Piazza Armerina is by bus. There are frequent buses that travel to and from Enna, Caltagirone, Catania, Palermo and Pergusa. They stop in Piazza Senatore Mareschali. Once you arrive in town then your best option is to walk. You can easily walk around both the old and new towns.

It is best to take a bus to the famous Villa Romana, which is located 5 kilometers southwest of town. There are about 5 buses a day that depart from Piazza Senatore Mareschali. If you're motivated, you could simply walk there, or alternatively you could catch a taxi in the nearby Piazza Generale Cascino. 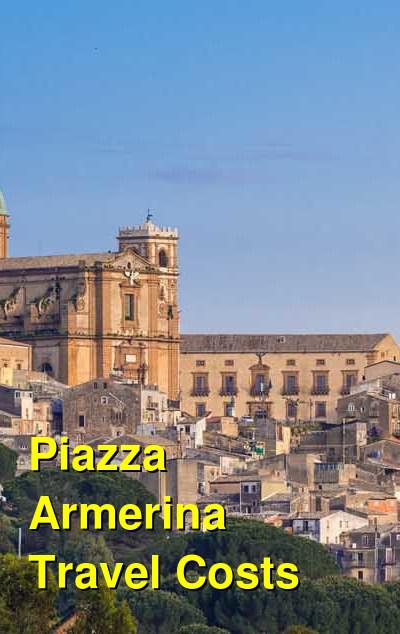 By backpackguru in Entertainment
The Villa Romana del Casale is home to one of the largest collections of Roman mosaics in the world. Unfortunately large parts of it are closed for restoration. The price to enter is less than you'd expect, but what you get when you enter is less as well. Do some research before you go to see what the current status of the restoration is. If you have to go now, do, but If possible, consider waiting until the entire property has been reopened so you can enjoy the full experience.