How much does it cost to travel to Nagasaki?

How much money will you need for your trip to Nagasaki? You should plan to spend around ¥10,981 ($86) per day on your vacation in Nagasaki, which is the average daily price based on the expenses of other visitors. Past travelers have spent, on average, ¥3,407 ($27) on meals for one day and ¥2,190 ($17) on local transportation. Also, the average hotel price in Nagasaki for a couple is ¥11,570 ($90). So, a trip to Nagasaki for two people for one week costs on average ¥153,731 ($1,202). All of these average travel prices have been collected from other travelers to help you plan your own travel budget.

A vacation to Nagasaki for one week usually costs around ¥76,865 for one person. So, a trip to Nagasaki for two people costs around ¥153,731 for one week. A trip for two weeks for two people costs ¥307,461 in Nagasaki. If you're traveling as a family of three or four people, the price person often goes down because kid's tickets are cheaper and hotel rooms can be shared. If you travel slower over a longer period of time then your daily budget will also go down. Two people traveling together for one month in Nagasaki can often have a lower daily budget per person than one person traveling alone for one week.


How expensive is Nagasaki? How much money do I need for Nagasaki?

How much does a trip to Nagasaki cost? Is Nagasaki expensive? The average Nagasaki trip cost is broken down by category here. All of these Nagasaki prices are calculated from the budgets of real travelers.

How much do vacation rentals cost in Nagasaki? Prices vary by location, date, size of the place, and the level of luxury. See below for options.

How much does it cost to go to Nagasaki? Naturally, it depends on the dates. We recommend Kayak because they can find the best deals across all airlines.

The price of renting a car in Nagasaki will depends on dates, the type of car, the location, and your age. We recommend Kayak because they can find the best deals across all car rental companies.

Nagasaki On a Budget 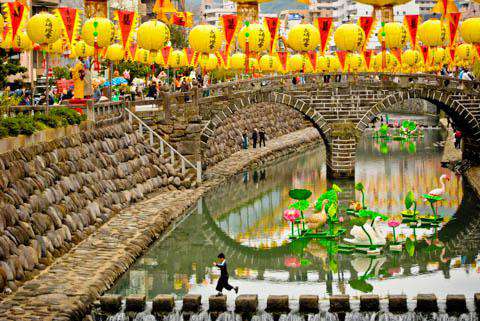 Nagasaki, Japan (©Sue Ann Simon/©JNTO)
Set in a natural harbor on the northwest coast of Japan, Nagasaki is a Japanese city synonymous with a key moment during WWII after suffering an Allied nuclear attack in 1945. While the event is memorialized at the city's Atomic Bomb Museum and Peace Park, the city in no way is defined by the event. Today it exists as a culturally and religiously diverse port town with a certain charm amongst the terraces of surrounding hills.

If you are looking to pay homage to the horrible nuclear decision of WWII, the Atomic Bomb Museum presents commemoration of one of the greatest tragedies of the 20th century. Its exhibits argue powerfully against nuclear warfare and the outdoor Peace Park acts as a reminder of international friendship with statues donated from countries worldwide.

Overlooking the city, Mount Inasa offers 360-degree views of Nagasaki and its harbor. The nighttime view of the city is one of the best in the country and can most easily be reached by car or taxi. Some other top attractions of the city itself include Glover Garden with a historic collection of European style homes built for foreign trader and diplomats in the mid-19th century, Koshibyo Confucius Shrine-the only one built outside of China with a rich Chinese history museum, the Oura Cathedral, the Urakami Cathedral, the site of the former Dutch factory called Dejima, and many museums celebrating Japanese history and culture. The Nagasaki Penguin Aquarium is also worth a visit, which features a variety of penguins as well as some local fish and invertebrates.

Nagasaki Chinatown, also known as Shinchi Chinatown, is Japan's oldest Chinatown, forming during the 15th to 19thcenturies. As it was once the only port in the country open to Chinese trade, this Nagasaki neighborhood began to adopt a Chinese flair unlike any other of Japan's cities. Trade goods included silk, sugar, medicines and books, and the Chinese culture began to have a great influence on the people of Nagasaki. Today Nagasaki's Chinatown is best known for its restaurants, street food, and their two famous noodle dishes: champon and sara udon. Restaurants typically open between 11:00 and 15:00 (11am-3pm) for lunch and from 17:00 to 21:00 (5pm-9pm) for dinner. This area is one of the city's top attractions for tourists, especially during the Nagasaki Lantern Festival, the largest Chinese New Year celebration in Japan.

As far as activities go, one could spend a day exploring Gunkanjima, translated "Battleship Island." Abandoned since 1974, the island is covered with the ruins of a mining city, a ghost town of what the society left behind. Gunkanjima is about 15 km away from Nagasaki and is reachable by a ferry with tours of the island available.

Chinatown is, of course, a must during a stay in Nagasaki. Full of vibrant colors, sizzling smells, and the sounds of bustling streets, this is a place of culture to get lost in. As mentioned earlier, the Lantern Festival, which occurs mid-Jan to mid-Feb for the Chinese New Year, is the most popular time to visit. During the festival 20,000+ lanterns are displayed throughout the city, featuring shapes of animals and figures from Chinese mythology. Speaking of festivals, one of Nagasaki's biggest is called O-Kunchi. It is a celebration of their patron, with festivities featuring choreographed routines with giant floats, good food, sake, and a general feeling of celebration.

Nagasaki is very well known for a seafood dish called champon. This regional cuisine consists of a hearty dish of noodles in a pork-based broth, filled with vegetables, bacon, shrimp, squid, and scallops. Sara udon is another popular dish that combines the meat, seafood, vegetables, and sauce of champon, but serves it on a plate, or "sara," over crispy dry fried noodles. When looking for some of the best local eats, Chinatown is the top neighborhood. Not only can you enjoy good eats at Nagasaki's best champon and sara udon restaurants, but you can also sample some of the city's fantastic street food. Some of these quick bites include a marinated braised pork cutlet served in a steamed bun called kakuni-manju, shrimp fried in chili sauce and served in a steamed bun called ebichiriman, and a steamed pound cake called marakao usually available in chocolate and chestnut flavors.

Nagasaki Airport is about an hour north of the city on an island in Omura bay, served by both of Japan's major air carriers. Japan Airlines and All Nippon Airways offer nonstop flights from Haneda Airport in Tokyo and Osaka's Itami Airport. Connections to Tokyo, Osaka, Kagoshima, Okinawa, and other destinations can be made here.

By train from Nagasaki Station there are JR trains to Hakata Station in Fukuoka for Shinkansen connections to Yamaguchi, Hiroshima and Osaka, Kumamoto and trains to Oita. Nagasaki Station also serves local JR trains going to Isahaya, Omura, Huis Ten Bosch, Haiki and Sasebo as well as Kikitsu, Hizen-Yamaguchi, Saga, and Tosu. There are also sleeper trains available overnight from Tokyo to Nagasaki.

By bus, highway buses from Hakata station and the Fukuoka airport international terminal are the most economical way to reach Nagasaki from Fukuoka.

Inside the city, most of Nagasaki is well-connected by trams and local buses.