What are the cheapest and most expensive countries to visit in the Middle East?

The following travel cost rankings for countries in the Middle East are calculated based on the travel budgets of real travelers. Also referred to as a Travel Cost Index, or a Backpacker Index, the countries below are in order from most to least expensive by their average daily travel price, per person, per day

What are the cheapest countries to visit in the Middle East?

What are the most expensive countries to visit in the Middle East?

Affordable Travel in the Middle East

The Middle East is a fascinating mix of cultures, sights, smells, and sounds. Three major world religions share overlapping backgrounds in the Middle East, a meeting place for the ancient heritages of Christianity, Islam, and Judaism. A visit to the land of hummus, tabbouleh, dates, pita, turmeric and cumin is a brilliant vacation for your tastebuds. Foodies will delight in the regionality of dishes. For first-time visitors to the Middle East, the surprise is the region's diversity. You'll find some of the world's greatest desert scenery, but the area also boasts snow-capped peaks, the highest is Iran's volcanic Mount Damavand, lush valleys particularly in Israel, Lebanon and north Jordan, hip cities, such as Beirut, Dubai or Tel Aviv, especially on a Friday night and world-class diving along the Red Sea and Arabian Sea coasts. Fortunately, adventurous backpackers can spend a long time in this region and get very good value to go along with unforgettable experiences. While Amman may not be a classic destination all by itself, it's the gateway for trips to Petra and Wadi Rum, so it's a popular stop which is also quite cheap. Even the tours to those popular attractions in the desert are very reasonable so this is a good budget stop for those in the region. Lebanon is justifiably popular, with great nightlife and plenty to see during the day. Beirut is much cheaper than Tel Aviv, so it's a good choice to spend a bit of time in without breaking the bank.

No surprise that Dubai is not a budget-friendly destination. Those sticking to just the hotel district and shopping malls will spend much more, with alcohol being a particular budget-killer. The only hostels here are quite expensive, so sharing a cheap hotel room might be better value. As close neighbors it won't be a shock to learn that a trip to Abu Dhabi costs about the same as in Dubai. There are once-again no hostels, and cheap hotels are also hard to find. The good news is that the most interesting activities, such as visiting the stunning Sheikh Zayed Mosque, are actually free. Fast foods in malls or on back streets are much cheaper than the hotel restaurants. Much of Tel Aviv is very European, so it makes sense that this seaside resort town lines up in price with a typical European party city. Visiting Jerusalem or other popular destinations nearby will usually cost less per day, so Israel shouldn't be too problematic for most budget travelers and backpackers. Alcohol has become quite expensive due to recent tax increases, so this is yet another place to consider being a teetotaler. 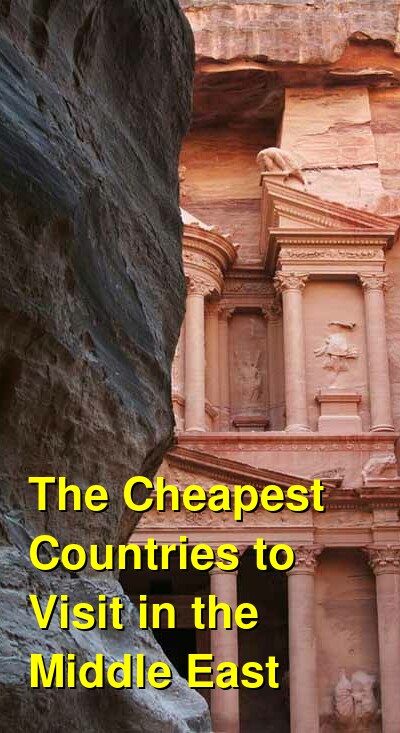