What are the cheapest cities to visit in North America?

The following travel cost rankings for cities in North America are calculated based on the travel budgets of real travelers. Also referred to as a Travel Cost Index, or a Backpacker Index, the cities below are in order from least to most expensive by their average daily travel price, per person, per day

A historical melting pot of cultures and identities, North America features some of the world's most multicultural art. From red-rock deserts to lush tropical rainforests, North America has the rare claim of covering every climatic zone. Towering forests, undulating fields, high-plain deserts, pulsating metropolises and offbeat oases, whatever your travel dreams, North America offers a range of cultures, cuisines, landscapes, history and adventures that are bound to fulfill. There is such a wide range of things to see and do in North America. Prices vary greatly depending on location, as major cities like San Francisco and New York are always going to be more expensive options. However there is some good news in terms of hostel prices, especially in New York and San Francisco, where some new and popular hostels have suddenly made these cities more within reach of backpackers.

The U.S. can be a fairly expensive destination because of high transportation and accommodation costs, but these costs can vary greatly from state to state with prices running highest on the coasts, in the national parks, and in Hawaii. Thankfully, the U.S. has a wide range of options to suit most tastes, and is still a country that can be travelled enjoyably on a relatively low budget. A genuine travel bargain is New Orleans, which has affordable accommodation as well as fantastic food and drinks that are cheaper than most other large cities, even at some of the fancier places. Miami Beach, and parts of the nearby city of Miami, has really transformed itself into more of a luxury playground in the past two decades, yet there are still some good deals for the backpacking crowd. Washington DC is quite expensive for hotels, and finding cheap restaurants isn't always easy when you are in the main tourist zones. However, nearly all of the museums in the city are free, giving visitors a bit more to spend on food and drinks. Surprisingly, those who can avoid gambling, can actually stretch their funds in amazing ways in Las Vegas, where hotel rooms can be found for as low as USD$15 per night. Canada is growing in popularity with international travelers thanks to an awesome working visa option and wide open beauty. Montreal isn't necessarily cheap but thanks to some good hostels at reasonable prices and the many free things to do and see, it can be quite affordable for backpackers. Similar to Montreal, Toronto isn't really a cheap city by international standards, but it is an impressive and affordable city worth a visit. Another Canadian city that is still plenty worth a visit even though it's a bit pricey is Vancouver. Hostels have become more expensive in the last couple of years, so keeping your budget down is a challenge. 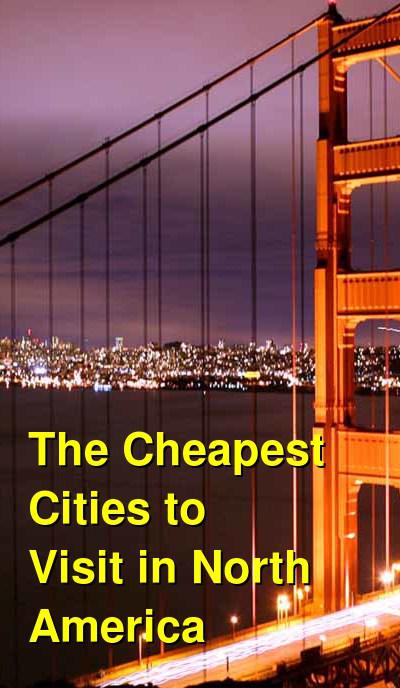