How much should you plan your family's Disney World Trip? 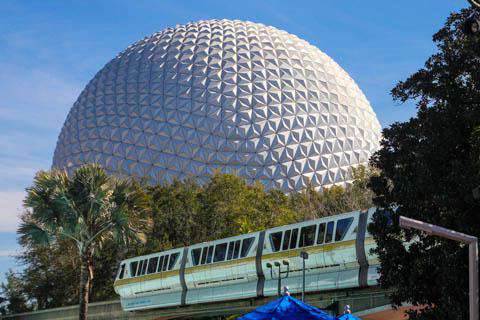 Epcot Center, Disney World, Orlando
It's the quintessential trip for a family, almost a writ of passage. For us, it was one of those things we swore we would never do before we had kids. Kind of like our plans to feed our child an organic unprocessed diet, provide her with only educational wooden toys, and of course, no screen time.

But here we were, driving down to Florida, our child staring at her tablet and munching on a fruit bar as we headed down I-95 to the happiest place on earth.

And yes, it ended up being awesome! So awesome, in fact, that we went back again the next year, and again a few years after that. It's just magical to see your child's eyes light up with the sights, sounds, and experiences that Disney World offers (and the other Orlando attractions, too).

The planning had begun a few months earlier. We were invited to join some extended family in Orlando for a week long Disney vacation. Accommodation was taken care of and our daughter was just under three years old, so she could enter the park for free because of her age (a hefty savings when you look at the Disney price tag). We purchased our park passes about four months in advance and were ready to go.

So that's the first step - buying your tickets. Do not wait, as discounts can be found if you purchase ahead of time. We suggest you buy them here for Disney and Universal, and here for SeaWorld.

It was about a week or two later that I found the Disney posts on a parenting Facebook group that I belong to. The questions, the panic, the planning that I didn't realize I needed to be doing. Fastpasses? Dinner reservations? Character Meals? It led me down the rabbit hole of Disney websites and advice boards. I saw spreadsheets where parents had planned their days down to fifteen minute increments detailing when they would go on each ride, eat meals, or laugh on cue. I was told to download the Disney App well in advance, so I'd know which rides had the longest rides, and when. I was even told of another unofficial app that tells you exactly where to be at exactly what time to make the most of your park experience! At some point I had to step away. This wasn't our travel style and it just wouldn't work for us. But can you really do Disney World with a toddler and minimal planning? We were about to find out.

We visited Disney in February. It happened to be the same week that most of New England had a break from school. So, it was busier than most winter weeks, but still better than peak times such as summer, Thanksgiving, or Christmas break. We also had accommodation lined up in advance and we scheduled our Fastpasses about three weeks before our trip. What's a fast pass you ask? Google it, but don't fall into the rabbit hole that I did. Basically, you can get a few skip-the-line passes for many of the rides at Disney Parks. Universal and SeaWorld have similar programs, although sometimes you might have to pay more to get it.

What We Didn't Plan

We had no meal reservations and we didn't purchase a Disney meal plan. We also had no plans to do any "character meals". Because we had our Fastpasses, we knew which days we'd be at each park, but we didn't know much else about the parks. We had our car, so we could drive everywhere but we didn't research where to park. In hindsight, I wish I had seen a guide to the best Disney restaurants like this one, as knowing where to eat ahead of time would have been very helpful.

What we learned - the pros and cons of not planning

The Cons of Not Planning

Lunches and Dinners - Meals (particularly dinner) became a real struggle. Many of the best restaurants on Disney grounds had booked up months earlier. Patient and smiling Disney employees looked at their schedules for us, but their efforts were futile. Unless we were willing to pay $60 a head for a fine dining experience with our toddler, eating within the Disney complex at a sit-down restaurant was pretty much a lost cause. This includes restaurants within the parks and also in the nearby Disney resorts. The restaurants at Disney Springs, while not rejecting us completely, did have significant wait times. But yes, fast food is always available if you are willing to pay a bit too much for a burger or chicken fingers. So, you won't starve, but your dining experience will be not ideal.

Deals and Discounts - We purchased our park passes through the Disney website. We didn't use a Disney travel agent and we didn't buy any packages that would include meal plans or accommodation. Perhaps, had we researched more, we would have found some discounts and saved a bit of money.

The Pros of Not Planning

Cheaper Dinners Off-site - Ultimately, we gave up on eating dinner within the Disney compound. We did eat lunch most days within the parks with minimal wait times for fast food. We had sit down meals at the Moroccan restaurant in Epcot Center with no wait, and an interesting African/Asian fusion restaurant in Magic Kingdom (The Skipper Canteen), but with a long wait to get a table. We also had several counter-service lunches of varying quality. For lunch, make sure you eat as early as possible, because lines get longer as the day progresses.

For dinners, we had a wide variety of experiences. We enjoyed an all-you-can-eat buffet in an off-site hotel (The Gaylord Palms) that was a fraction of the price of those on the Disney grounds. We also ordered pizza one night, and made a meal in our condo, all cheaper options than anything we found within Disney World. (But buying groceries was a bit of a pain in the bum.)

Flexibility - Our limited planning allowed us the flexibility to change our plans based on the weather or our child's temperament. We switched two days we were in parks because of the weather, as it rained a good bit during our week in Orlando. If we needed to slow down, we could spend some time at a relaxing activity or just linger on a bench. If it rained, we could find indoor activities and not feel like we were missing the park's "must-see" activities.

So, in the end, do you really need to plan your Disney World vacation? 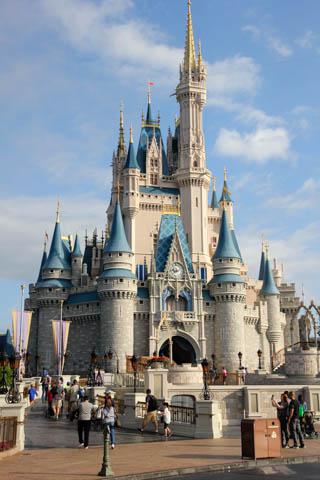 Magic Kingdom, Disney World, Orlando
There are obvious benefits to planning, both financially and logistically. If you want to dine at specific restaurants or enjoy a "character meal" you'll need to make reservations well in advance. If you are adamant about going on every ride or meeting specific Disney characters, then scheduling those activities with Fastpasses can help. There may also be some cost savings if you research various packages that include accommodation, admission, and meal plans.

But when it comes to your daily activities, Fastpasses, and rides, we personally saw little benefit to extensive planning. We changed several of our Fastpasses at the last minute and didn't even use some passes because the lines were shorter than we expected. At least one of our Fastpasses was changed for us because the ride (It's a Small World) was broken on our chosen day. We even changed which days we visited two of the parks because of the weather, and this had little impact on our experience.

Ultimately, this is Disney World, and even if you've meticulously planned your entire day, things will change. Rides will break, it will rain, or your kids will have a thermonuclear meltdown. Lines will be longer or shorter than expected. Whether you choose to plan everything in great detail, or "just wing it", there will likely be at least one instance where you're running through the park and weaving through crowds with a screaming child to make your Fastpass time for a ride. It's just how it goes and it's part of the Disney experience.

But either way, you'll have plenty of fun memories for a lifetime. Don't forget to take photos! 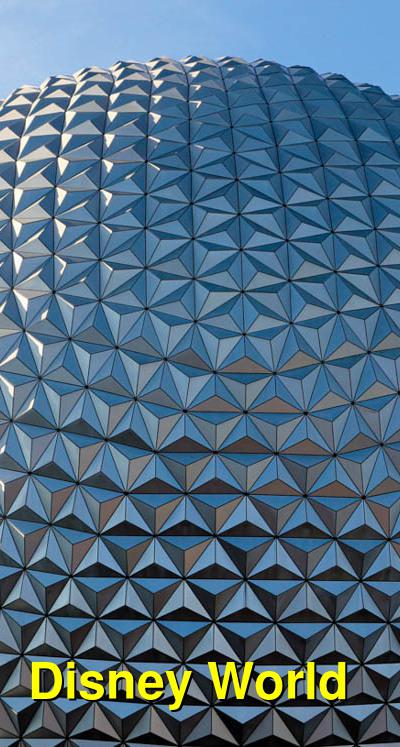