12 Unique Things to Do in Orlando

North America / United States of America / The South / Florida / Orlando /
Orlando is well known for its Disney and Universal theme parks, but neither offers a true glimpse into the City Beautiful. If you want to beat the crowds, heat and exorbitant price tags on everything from food to water, you've got to get off the beaten theme park and explore the city as the locals do.

With a metro population of more than 2.5 million people and one of the top tourist destinations in the country, getting away from the hustle and bustle of it all, getting out into smaller groups of people and taking in the city how it was meant to be is truly amazing.

From cooling down on a hot summer day to exploring untouched Central Florida in the dead of mild winters, these 11 unique things to do in Orlando other than Disney will truly rock your world.

Relax at an Amazing Natural Spring 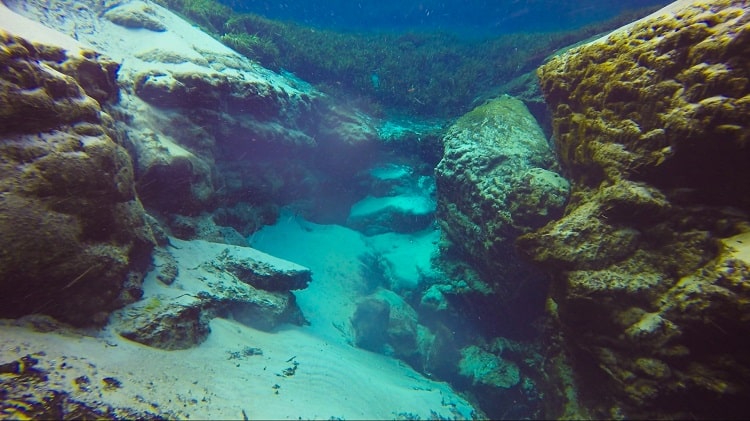 Since Orlando sits smack dab in the middle of Central Florida, you can easily and quickly escape the sweltering summer heat and be at one of these majestic springs in as little as 30 minutes to an hour.

The closest springs to downtown Orlando are Wekiwa and Rock Springs, which typically reach max capacity before noon nearly every weekend and pretty much the entire summer. That's why the Central Florida locals can be found at nearby Blue Spring State Park, which is just 45 minutes from downtown, and Alexander Springs, which is just over an hour away in Ocala National Forest.

While springs are especially great for cooling down in the summertime, the natural 72-degree freshwater springs mean you can snorkel, free dive and scuba dive through the crystal-clear water all year.

If you want to get on top of the water, each spring offers kayak and canoe rentals you can take down the river that flows freely with those amazingly clear spring waters.

Yes, it's a major theme park, but it's not what you think. As you probably have heard, SeaWorld has taken a hit lately mainly due to the documentary movie about how the Orcas had been treated. However, SeaWorld has cleaned up their act with regards to the Orcas (it's been quite a few years since the movie, after all). And now, SeaWorld in Orlando opens its doors to a much smaller crowd than Disney and Universal. Thus, you can have a great time at a fantastic park without huge crowds, long lines, and high prices. Tickets to SeaWorld are usually on sale. And once you're there, the lines have been quite short for the last few years. You'll get to ride roller coasters, see animal shows, visit aquariums, and do lots of other fun family-friendly stuff. Give it a chance, you won't regret it.

Take in Downtown and Lake Eola 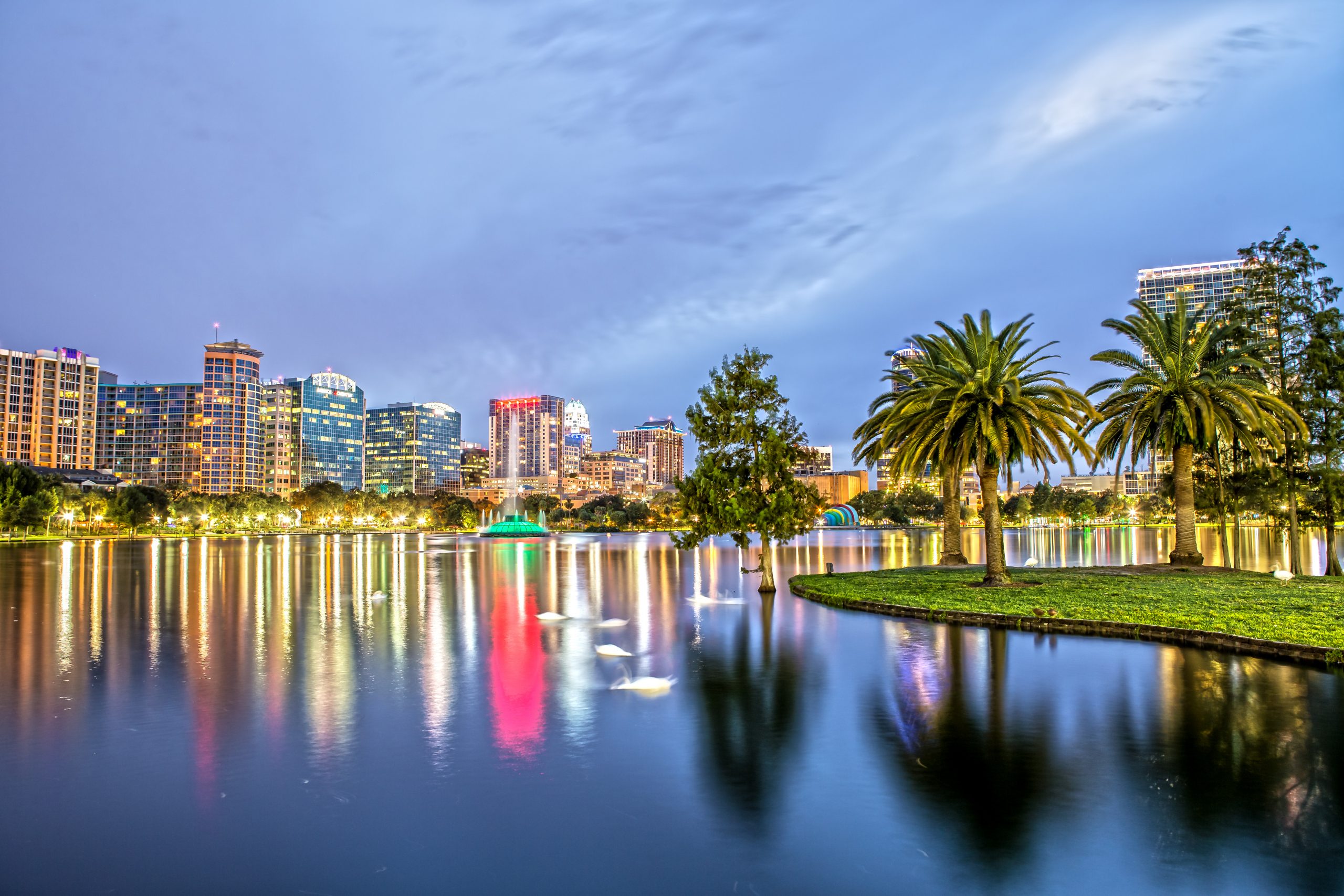 There are a few different neighborhoods to explore in Orlando, but downtown is home to some of the best bars, restaurants, nightlife and swan paddling in the entire city.

Yes, I said swan paddling. Lake Eola is at the heart of downtown Orlando and it's famous for renting swan-inspired paddle boats to anyone wishing to take a cruise on the nearly 20-acre lake.

If you're looking to have a good time in Downtown Orlando, there are plenty of places to go to. The entire downtown district centers off N. Orange Avenue, which is closed down to vehicular traffic every weekend to make it safer for pedestrians.

Orange Ave has a ton of cool bars, including my all-time favorite Tanqueray's (a downstairs speakeasy with live music and cheap drinks). But you can also check out Wall Street Plaza and Church Street, which each has its own array of bars on closed-off streets.

Winter Park may have the second-most famous Park Avenue in the entire country. Or at least the most famous in Florida. It's a half-mile street lined with mom-and-pop shops and one-off restaurants that have some of the best non-American food in the city.

If you're walking along Park Avenue, take a turn behind the main strip of buildings and you can find yourself in alleyways filled with fountains, tile-covered walls and tiny bistros with outdoor seating. It's almost like stepping into Europe for a few minutes.

But the best thing to do in Winter Park is taking a scenic boat tour on Lake Osceola, a few blocks off of Park Ave. There are also two green-grass parks in Winter Park and it's conveniently located on the SunRail route, so getting there has never been easier.

Tasty Tuesday in the Milk District

Tasty Tuesday in the Milk District, which is just a few minutes East of downtown and gets its name from the T.G. Lee Dairy milk factory across the street, is basically the origin of food truck rallies in the United States.

Every Tuesday from 6:30 p.m. to 10 p.m., food trucks roll into the back parking lots of four bars, which all open their doors to open carry laws and have some sort of entertainment each Tuesday. Not only do you get to bar hop with the same drink in your hand, but you also get to eat some of the most delectable food that can't be found in restaurants.

You may not know this, but Orlando has quickly turned into a huge sports city. From the Magic of the NBA, Orlando City of the MLS and the Solar Bears of the East Coast Hockey League, professional sports are big in the City Beautiful.

But ever since the University of Central Florida's football team posted one of the best continuous unbeaten streaks in college football history beginning in 2018, the college's athletic program is on the rise and makes for an entertaining game that's cheap.

All three pro sports teams conveniently play downtown and UCF is about 20 minutes east on campus.

The Orlando Watersports Complex is little-known to visitors of the area, but it packs a huge punch. The complex is home to two cable parks that allow you to wakeboard, waterski, wakeskate or kneeboard while being pulled through the park on automated cables.

There's also a new boat that takes wakeskaters for an epic journey through the park and a brand new aquapark filled with a floating obstacle course that's fun for people of all ages. Located about 20 minutes south of downtown, the complex is quietly tucked between the theme parks and the Orlando International Airport.

While there aren't any mountains or miniature hills to hike in the mostly flat Central Florida, there are more than 50 curated trails that get you outside and take you through some of the most pristine and untouched parts of Central Florida.

No matter where you are in Orlando, you're not far from a great trail to get outdoors. Some of my favorites in the city are the Econ River Wilderness Area near UCF, the Orlando Wetlands Park out east of the city and Pine Island near the theme parks.

Go on an Airboat Ride 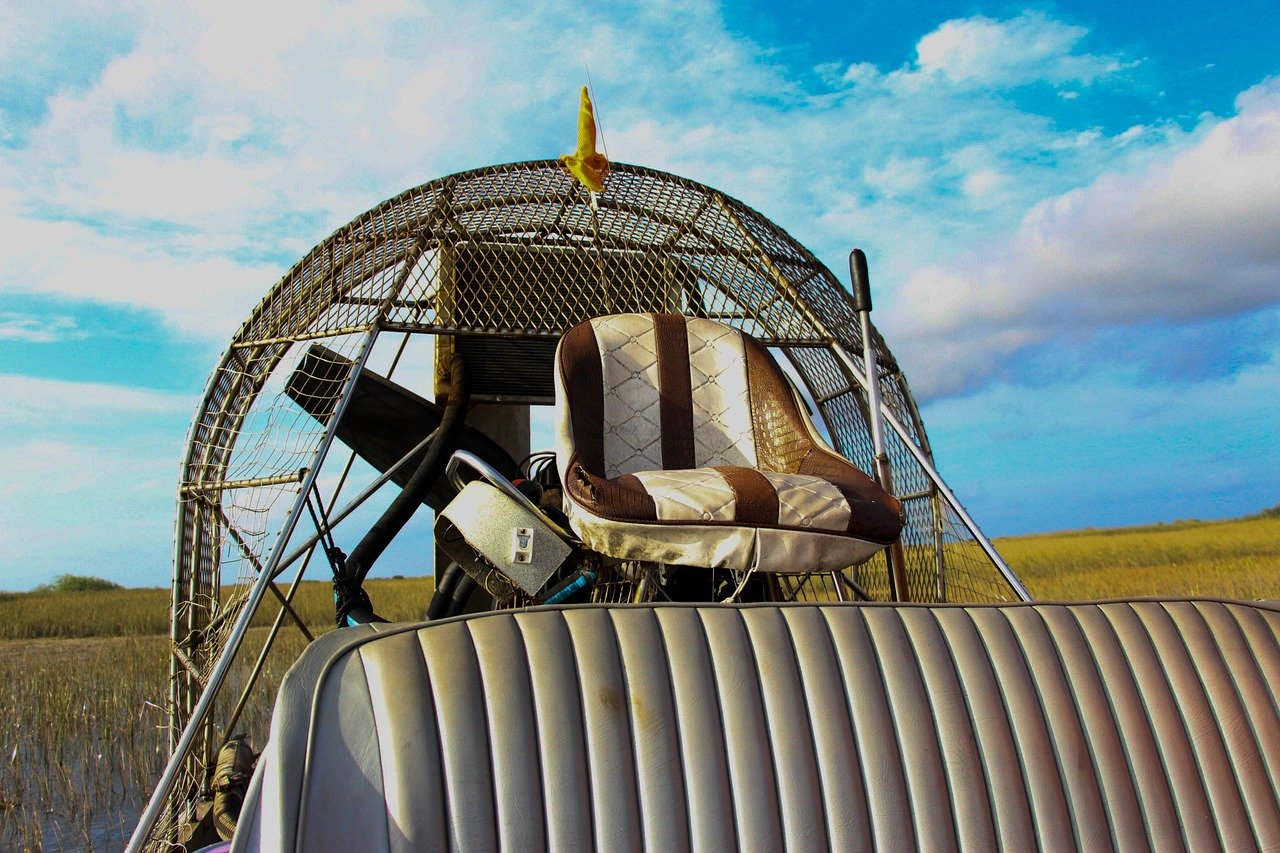 But if you really want to explore untouched Central Florida and get a different perspective of the sheer beauty this landscape offers, going on an airboat ride is just the prescription you need to suit that adventurous side of yours.

There are plenty of professional airboat rides that traverse you through a network of rivers, streams and overland paths just south of Orlando near Kissimmee and toward the east part of Orlando away from the UCF campus. Neither area will disappoint, but I prefer the east better.

Golf an 18-Hole Round

Orlando has often been referred to as the golf capital of the world, amassing nearly 200 courses in the metropolitan area that are open to the public. If you're a golfer who hasn't hit the links in the Sunshine State yet, Orlando is the perfect place to get your feet wet - literally and figuratively.

Golf courses in Orlando are known to have an abundance of water, sand and trouble surrounding the greens. The courses out there are truly amazing! And what's even better is that many courses are suited to visitors who don't want to lug their clubs with them, so many courses rent top-end clubs for a decent rate.

Relax at the Beach

Orlando may be smack dab in the middle of the state, but in Florida, you're never too far from the beach. The closest one is Cocoa Beach, which is just about an hour away. Cocoa Beach is home to the best surfer in the world, Kelly Slater, and you can see many others trying to follow in his footsteps near the Cocoa Beach Pier on big-wave days.

Cocoa Beach can be a bit touristy, but it's a great beach that's always clean, has a bunch of places to stay and some pretty great restaurants on the beach to eat at.

If you're a space buff, made it out to Cocoa Beach or just want to learn about NASA's humble beginnings and what the space program is up to these days, making a pit stop to NASA's Kennedy Space Center should make it into your itinerary.

You can tour the grounds, taking in the old spaceships that are out of commission and the new ones they're working on. If you're lucky, you may even be able to see one of the many rocket launches that are conducted weekly.

If you make it to the Space Center, checking out the Merritt Island National Wildlife Refuge is a great addition to the list! It's 140,000 acres of untouched Florida (and coastline) with driving and hiking trails unlike anything else that can be seen in the state.

How Long Should You Visit Orlando, Florida?

First off, you'll need a vehicle of your own if you want to complete everything on this list (compare car rental prices here). The public transportation in Orlando isn't very good and doesn't take you nearly all of the places you need to be. I'd recommend taking in the city for an extended weekend to see everything or, if you're going to the theme park attractions as well, you may need an entire week.

An adventure traveler at heart, Jarrod writes about budget traveling and the outdoors. 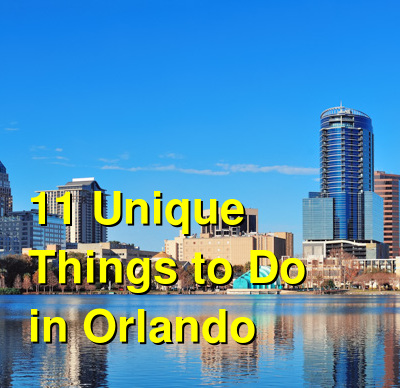