How much does it cost to travel to Sydney?

How much money will you need for your trip to Sydney? You should plan to spend around AU$200 ($155) per day on your vacation in Sydney, which is the average daily price based on the expenses of other visitors. Past travelers have spent, on average, AU$47 ($36) on meals for one day and AU$18 ($14) on local transportation. Also, the average hotel price in Sydney for a couple is AU$241 ($186). So, a trip to Sydney for two people for one week costs on average AU$2,804 ($2,163). All of these average travel prices have been collected from other travelers to help you plan your own travel budget.

A vacation to Sydney for one week usually costs around AU$1,402 for one person. So, a trip to Sydney for two people costs around AU$2,804 for one week. A trip for two weeks for two people costs AU$5,607 in Sydney. If you're traveling as a family of three or four people, the price person often goes down because kid's tickets are cheaper and hotel rooms can be shared. If you travel slower over a longer period of time then your daily budget will also go down. Two people traveling together for one month in Sydney can often have a lower daily budget per person than one person traveling alone for one week.


How expensive is Sydney? How much money do I need for Sydney?

How much does a trip to Sydney cost? Is Sydney expensive? The average Sydney trip cost is broken down by category here. All of these Sydney prices are calculated from the budgets of real travelers.

How much do AirBnB's cost in Sydney? Prices vary by location, size of the place, and the level of luxury. See below for options.

What did other people spend on Food in Sydney?

Typical prices for Food in Sydney are listed below. These actual costs are from real travelers and can give you an idea of the prices in Sydney, but your costs will vary based on your travel style.

How much does it cost to go to Sydney? Naturally, it depends on the dates. We recommend SkyScanner because they can find the best deals across all airlines.

The price of renting a car in Sydney will depends on dates, the type of car, the location, and your age. We recommend SkyScanner because they can find the best deals across all car rental companies.


What did other people spend on Transportation in Sydney?

Typical prices for Transportation in Sydney are listed below. These actual costs are from real travelers and can give you an idea of the prices in Sydney, but your costs will vary based on your travel style.

What did other people spend on Entertainment in Sydney?

Typical prices for Entertainment in Sydney are listed below. These actual costs are from real travelers and can give you an idea of the prices in Sydney, but your costs will vary based on your travel style.

Tips and Handouts Budget in Sydney

What did other people spend on Alcohol in Sydney?

Typical prices for Alcohol in Sydney are listed below. These actual costs are from real travelers and can give you an idea of the prices in Sydney, but your costs will vary based on your travel style.

Sydney On a Budget

Sydney Harbour, NSW, Australia
Sydney, known as the harbour city, is the most famous and frequently visited city in Australia. It is at the economical and cultural heart of the country, and is one of the most beautiful and livable cities in the world. It's situated on the water with stunning views of the famous harbour throughout the city. It's most famous landmarks include the Sydney Opera House and the Sydney Harbour Bridge. It is also very close wonderful beaches, parks, and nature.

Sydney's climate is humid subtropical. There summers are warm or hot and the winters are mild. Rainfall is evenly spread throughout the year. The weather is heavily effected by the city's proximity to the ocean and you can expect temperatures to be more extreme the farther inland you go. January and February are the warmest months with temperatures typically in the 70s or 80s Fahrenheit. Winter temperatures rarely go below 40 degrees Fahrenheit and the coldest month is July.

Perhaps the most recognizable sights in Sydney include the Sydney Harbour Bridge and the Sydney Opera House, but there are countless other attractions to visit while you're in town. The Sydney Olympic Park is where the city hosted the summer Olympics in the year 2000. Luna Park is an amusement park near the Harbour Bridge and Sydney Tower is the tallest building in the city. The Royal Botanical Gardens have 7500 species of plants and is not to be missed. Although there is no lack of sights in Sydney, the most appealing part of the city is simply wandering the neighborhoods, checking out the fine restaurants, and soaking up the sun and views.

Do make sure you allow yourself enough time to take in the city for everything it has to offer. Whether you're a solo traveler, couple, or a family, this large city has something for everyone. For example, here's a great list of 88 things to do in Sydney with kids.

Sydney is a large metropolitan area with a compact city center surrounded by sprawling suburbs. The central part of the city includes the City Center, The Rocks, Darling Harbour, City South, City East, and City West. The City Center has many attractions that appeal to visitors including excellent shopping and dining. The Rocks is where you'll find the Harbour Bridge as well as the first colonial village of Sydney. Darling Harbour is an area filled with entertainment options. City South has Haymarket, Chinatown and Central Station. City East includes Kings Cross, Darlinghurst, Surry Hill, Woolloomooloo and Moore Park while City West has early morning fish markets.

Areas of interest in the outlying suburbs of Sydney include the world famous Bondi Beach, Sydney Olympic Park, Taronga Zoo, Palm Beach, as well as many residential and commercial areas.

As a large, metropolitan city on the ocean, there is no shortage of activities that you can enjoy while you're in town. Sydney is a great place to start with your Australia Bucket List, after all. Swimming at one of the beaches is a must. The most popular beaches include Bondi, Manly, Coogee, Cronulla, and Wattamolla. There are also many great kayaking spots nearby. Surfing, fishing, and water sports are all plentiful as well.

If you're interested in a more cultural activity then check out a show at one of the city's three theaters. The Capitol Theatre in Haymarket, the Theatre Royal in the Central Business District, and the Lyric Theatre in Star City are all recommended. Opera Australia performs at the Opera House as well.

A number of other trips just outside of the city are also possible. A visit to the Blue Mountains makes an easy day trip. Or, it's possible to go whale watching from Sydney, too.

Food prices in Sydney can range from relatively affordable to extremely expensive. Your cheapest option is to pick up ingredients at a market and prepare your own meals. Ethnic food is often reasonably priced as well. Asian restaurants are abundant and include Korean, Chinese and Thai, among others. Head to Chinatown for a variety of affordable options. There are also affordable cafes near Sydney University along King Street.

Cafes and restaurants providing all-day breakfasts have taken off in popularity. There are many beachside cafes that offer excellent Australian breakfasts including corn fritters with bacon and poached eggs.

This city is also great for children. Here's a list of places where kids eat free in Sydney.

Sydney has a range of transportation options including buses, trains, and ferries. It has a great public transportation system, particularly in the city center. If you're planning to spend most of your time in the middle of town then a rental car is not necessary. There is an extensive suburban rail system in Sydney with 176 stations. It covers most of the metropolitan area with the exception of the northwest and northern beaches. The city's light rail system has one single, 7 kilometer long line that travels between Sydney City and Darling Harbour, the casino, and Pyrmont and from Central to Dulwich Hill. The bus system in Sydney is comprehensive and usually reliable. It is best to plan your route in advance though, to ensure you make the most efficient travel plans.

You can supplement public transportation with the taxis you will find around town. There are generally two different rates. There is a flag fall rate of $3.30 and a distance rate of $1.99/km. You will also be charged a sitting fee of $0.85/min and a booking fee of $2.50. The night rate between 10PM and 6AM adds twenty percent to the distance fee. These fees do add up so keep an eye on the costs. You will also be charged an additional ten percent if you choose to pay with a credit card. 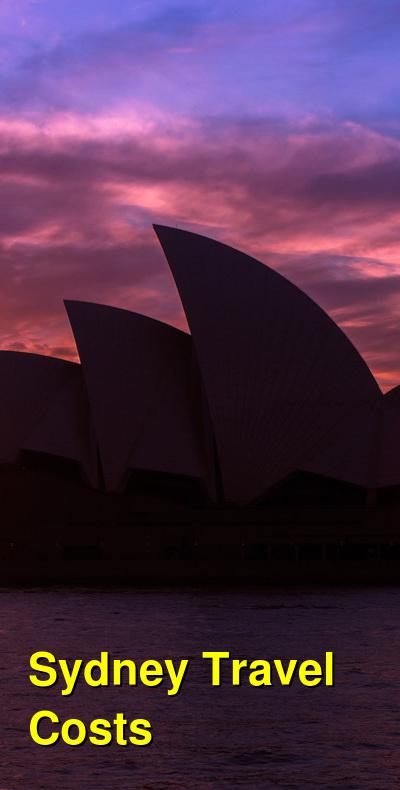