How much does it cost to travel to Taiyuan?

How much money will you need for your trip to Taiyuan? You should plan to spend around ¥521 ($78) per day on your vacation in Taiyuan, which is the average daily price based on the expenses of other visitors. Past travelers have spent, on average, ¥118 ($18) on meals for one day and ¥273 ($41) on local transportation. Also, the average hotel price in Taiyuan for a couple is ¥490 ($73). So, a trip to Taiyuan for two people for one week costs on average ¥7,298 ($1,090). All of these average travel prices have been collected from other travelers to help you plan your own travel budget.

A vacation to Taiyuan for one week usually costs around ¥3,649 for one person. So, a trip to Taiyuan for two people costs around ¥7,298 for one week. A trip for two weeks for two people costs ¥14,596 in Taiyuan. If you're traveling as a family of three or four people, the price person often goes down because kid's tickets are cheaper and hotel rooms can be shared. If you travel slower over a longer period of time then your daily budget will also go down. Two people traveling together for one month in Taiyuan can often have a lower daily budget per person than one person traveling alone for one week.


How expensive is Taiyuan? How much money do I need for Taiyuan?

How much does a trip to Taiyuan cost? Is Taiyuan expensive? The average Taiyuan trip cost is broken down by category here. All of these Taiyuan prices are calculated from the budgets of real travelers.

How much do vacation rentals cost in Taiyuan? Prices vary by location, date, size of the place, and the level of luxury. See below for options.

How much does it cost to go to Taiyuan? Naturally, it depends on the dates. We recommend Kayak because they can find the best deals across all airlines.

The price of renting a car in Taiyuan will depends on dates, the type of car, the location, and your age. We recommend Kayak because they can find the best deals across all car rental companies.

Taiyuan On a Budget 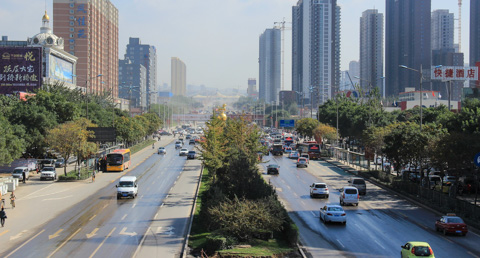 Taiyuan
With sleek architectural designs and blossoming businesses, this metropolis is simply brimming with invigorating excitement and once-in-a-lifetime entertainment. Despite its glimmering skyscrapers and gorgeous fountains, Taiyuan, China has an extensive history of nearly 2,500 years. During ancient China, Taiyuan, or the "Dragon City," was a major military town. Presently, this city is now one of China's most important industrial cities, producing more than half of the national coal mining output. Taiyuan is both the capital and largest city of the Shanxi province of North China. It is bounded by mountains on three of its sides, allowing this great city to be surrounded by fantastic views of its landscape. Besides its economic significance, Taiyuan also achieves tourist significance due to its plethora of landmarks and sights. Some of these attractions include Jinci Temple, Forest Park, Mengshan Giant Buddha, and Shanxi Museum. Taiyuan is also celebrated internationally for holding their annual Shanxi Taiyuan International Folk Arts Festival, a celebration held in September that hosts exhibition of fine arts, painting, paper-cutting, sculpture, drama, acrobatic and the culture of costume. With such a great deal to do in such a limited window of time, it is best to make the most Taiyuan while you visit!

The most significant of temples in Taiyuan, the Jinci Temple is located at the foot of Xuanweng Mountain at the Jin Springs. Due to the scarcity of ancient temples found within China, the Jinci Temple works as an international landmark, readily explored by inhabitants and tourists alike. This ancient construction of architecture was built nearly 1,400 years ago during the Western Zhou Dynasty. After King Chen made his brother Yu leader of one of the Chinese states, Yu ruled in such a manner to make the overall state a prosperous one and became an honored figure in Chinese history. In commemoration of his leadership, his descendants built the Jinci Temple in his honor. As it expanded throughout the decades, its present-day form now holds a diverse collection of sculptures, buildings, terraces, and bridges. Many of the landmarks include the Goddess Mother Hall, the Never Aging Spring Pavilion, and the Iron Statues Terrace. The admission fee for the temple runs around 60 to 70 Chinese yuan depending on the time of the year. As the opening hours vary on the season and holiday, it is best to consult websites associated with the temple.

Located in the Dunhuafan District of Taiyuan, a one-stop shop for authentic Chinese cuisine is none other than ShanXi HuiGuan. With friendly service and gourmet food, this restaurant has been attracting customers due to its sleek, modern designs within its historic building and top quality showmanship in the preparation of their food. Every night, ShanXi HuiGuan is proud to put on a show that features a man carving noodles as well as an entertaining vocal and dance routine. Listed as the top restaurant on TripAdvisor, most patrons hail ShanXi HuiGuan as an elegant fusion of gourmet Asian dining and live performance. Some of the dishes include dumplings with meat or vegetables, authentic ramen, pickled meats and vegetables, tofu dishes, and simple stir fries of meat and vegetables. There is a large variety of noodles as well as flour-based dishes, encapsulating the overall culture of ShanXi HuiGuan. Many of the juices available at ShanXi HuiGuan are quite noteworthy, such as the jujube juice that is both sweet while containing only natural flavors. If you enjoy local food combined with local entertainment, you will enjoy ShanXi HuiGuan. With such a pretty place, ShanXi HuiGuan will cost a pretty penny that is definitely worth it!

With such a modernized city, you are bound to also acquire modern transport systems. Whether it be by bus, train, taxi, or rental car - Taiyuan is able to supply you with your preferred method of travel sufficiently and conveniently. Throughout the city, rental car services are provided that allow you to travel safely and independently. This is also recommended if you are looking to travel outside Taiyuan to other Chinese towns and cities. However, if you are looking for a cheap method of travel within the city, bus and train systems are amply available. Be sure to familiarize yourself with bus routes in order to get to your destination quicker. For instance, bus number 611 runs between the bus and train station, with five stops in total. Taxis are also readily found throughout the city and can be hailed or called within minutes. No matter how you travel, enjoy your time in Taiyuan, China!