How much does it cost to travel to Suzhou?

How much money will you need for your trip to Suzhou? You should plan to spend around ¥588 ($82) per day on your vacation in Suzhou, which is the average daily price based on the expenses of other visitors. Past travelers have spent, on average, ¥187 ($26) on meals for one day and ¥330 ($46) on local transportation. Also, the average hotel price in Suzhou for a couple is ¥445 ($62). So, a trip to Suzhou for two people for one week costs on average ¥8,237 ($1,148). All of these average travel prices have been collected from other travelers to help you plan your own travel budget.

A vacation to Suzhou for one week usually costs around ¥4,118 for one person. So, a trip to Suzhou for two people costs around ¥8,237 for one week. A trip for two weeks for two people costs ¥16,474 in Suzhou. If you're traveling as a family of three or four people, the price person often goes down because kid's tickets are cheaper and hotel rooms can be shared. If you travel slower over a longer period of time then your daily budget will also go down. Two people traveling together for one month in Suzhou can often have a lower daily budget per person than one person traveling alone for one week.


How expensive is Suzhou? How much money do I need for Suzhou?

How much does a trip to Suzhou cost? Is Suzhou expensive? The average Suzhou trip cost is broken down by category here. All of these Suzhou prices are calculated from the budgets of real travelers.

Looking for a hotel in Suzhou? Prices vary by location, date, season, and the level of luxury. See below for options.

How much does it cost to go to Suzhou? Naturally, it depends on the dates. We recommend Kayak because they can find the best deals across all airlines.

The price of renting a car in Suzhou will depends on dates, the type of car, the location, and your age. We recommend Kayak because they can find the best deals across all car rental companies.

Suzhou On a Budget 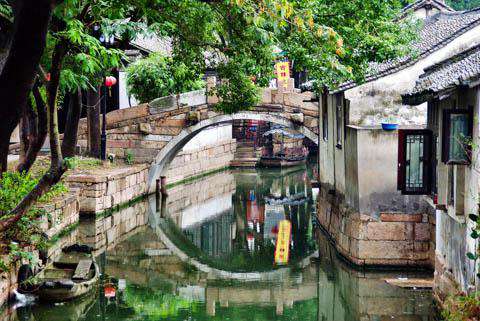 Suzhou, China
Suzhou is a city in Jiangsu province famed for its beautiful gardens and traditional waterside architecture, featuring elaborate canals and bridges. Located on the Yangtze Delta, the city consists largely of waterways making Suzhou a kind of 'Venice of the Orient.' It is also a hub for scholars, artists, and skilled craftsmen.

Suzhou is very much known for its gardens, water towns, historic sites, and scenery. Of the gardens, The Humble Administrator's Garden is a UNESCO World Heritage Site and counted among China's famous classical gardens. It is the largest garden in Suzhou and is exemplary of Chinese landscape design with interlacing bridges, pavilions, bonsai, and a teahouse. The Lingering Garden is also a UNESCO World Heritage Site, as is the Master of the Nets Garden and the Lion Grove Garden. Tiger Hill is also a place of enormous importance historically and culturally, known for the Yunyan Pagoda (also called Huqiu Tower). This thousand-year-old landmark signifies the burial place of a king whose tomb is embedded in the legend of a white tiger who guards it. Hanshan Temple (a.k.a. Cold Mountain Temple) is another beautiful piece of history, though there are many more to be seen, especially on Shantang Street, famous for its old temples, ancestral halls and memorial arches.

Suzhou's water towns are some of the oldest and most charming in the world. Zhouzhuang, located in Kunshan City, is one of the most visited (more below).

Suzhou is divided into districts and satellite cities, with the districts closer to the old town and city center, and the cities lying on the outskirts. The Wujiang District, positioned on the southeastern bank of Taihu Lake, is home to the thousand-year-old water town of Tongli, famous for hundreds of well-preserved gardens, temples and mansions. The Gusu District, closer to the city center, is where a wealth of Suzhou's history might be found from the Silk Museum and Humble Administrator's Garden to the Hanshan Temple and the Lingering Garden. Some districts have theme parks and attractions while others feature architecture and gardens. A few other popular areas include the Wuzhong District known for its scenery, the District of Xiangcheng known for its temple and lotus flowers, the Suzhou New District known for its industrial developments, and Zhangjiagang City known for its international cuisine and nightlife. Suzhou is a bustling city overall, though traces of a very old lifestyle are centered around the canals. Zhouzhuang, a landmark water town that dates back to the Yuan, Ming and Qing dynasties, is one such place where the winding canals are essential to everyday life.

In addition to sight-seeing and enjoying the charm of Suzhou, there are also a number of museums that illuminate the rich culture and history of the region. A longstanding history of silk production remains an integral thread in Suzhou's culture. The Suzhou Silk Museum invites guests to watch the artisans hard at work, beginning with harvesting the silk (from silkworm to cocoons), and moving on to preparing the silk and spinning the thread. The Suzhou Museum is another prime example, as well as the city's largest museum. While its design was inspired by the region's Classical Gardens, its galleries host a collection of more than 15,000 pieces, including ancient paintings, calligraphy, porcelain crafts, artifacts, and many other relics.

The streets of Suzhou are also great opportunities to explore a range of culture and history. While some like Shantang and Shiquan Streets are reminiscent of an ancient past and stunning architecture, others like Jinchang District's Shilu Shopping Street provides shopping opportunities with many retail and department stores.

Known for its vegetable and fish dishes, Suzhou cuisine embodies fresh, subtly sweet flavors and fine presentation. Some common meals consist of freshwater fish, especially eel and carp, which are usually steamed. Traditional dishes include Mandarin Fish, Steamed White Fish, Water Shield with Egg Flakes, Moon Cakes, Fengzhen noodles, Aozao noodles, Semen euryales, Fish Flavor Spring Rolls, Youtunjinjiao (Fried Steamed Bun), Sugar Porridge, and Jiuniang Cake, amongst others. Due to the location on the river delta, the region is also known for its fertile soil which yields rice, wheat, maize and other crops which include soybeans, peanuts, tea, peppermint, spearmint, apples, pears, peaches, loquat, gingko, and herbs. There are a number of traditional restaurants throughout the city that will have a good selection of local fare.

The nearest major airport is Sunan Shuofang International Airport in Wuxi, located about 38 km (23 mi) from central Suzhou. Larger nearby airports can be found in Shanghai, Nanjing, and Hangzhou.

There are shuttle bus services between Suzhou and Shanghai Hongqiao and Pudong airports.

Riverboats on the Yangtze also stop at Suzhou.