How much does it cost to travel to Chengdu?

How much money will you need for your trip to Chengdu? You should plan to spend around ¥292 ($43) per day on your vacation in Chengdu, which is the average daily price based on the expenses of other visitors. Past travelers have spent, on average, ¥126 ($18) on meals for one day and ¥34 ($5.03) on local transportation. Also, the average hotel price in Chengdu for a couple is ¥242 ($35). So, a trip to Chengdu for two people for one week costs on average ¥4,083 ($597). All of these average travel prices have been collected from other travelers to help you plan your own travel budget.

A vacation to Chengdu for one week usually costs around ¥2,042 for one person. So, a trip to Chengdu for two people costs around ¥4,083 for one week. A trip for two weeks for two people costs ¥8,167 in Chengdu. If you're traveling as a family of three or four people, the price person often goes down because kid's tickets are cheaper and hotel rooms can be shared. If you travel slower over a longer period of time then your daily budget will also go down. Two people traveling together for one month in Chengdu can often have a lower daily budget per person than one person traveling alone for one week.


How expensive is Chengdu? How much money do I need for Chengdu?

How much does a trip to Chengdu cost? Is Chengdu expensive? The average Chengdu trip cost is broken down by category here. All of these Chengdu prices are calculated from the budgets of real travelers.

Looking for a hotel in Chengdu? Prices vary by location, date, season, and the level of luxury. See below for options.

How much does it cost to go to Chengdu? Naturally, it depends on the dates. We recommend Kayak because they can find the best deals across all airlines.

The price of renting a car in Chengdu will depends on dates, the type of car, the location, and your age. We recommend Kayak because they can find the best deals across all car rental companies.

Chengdu On a Budget 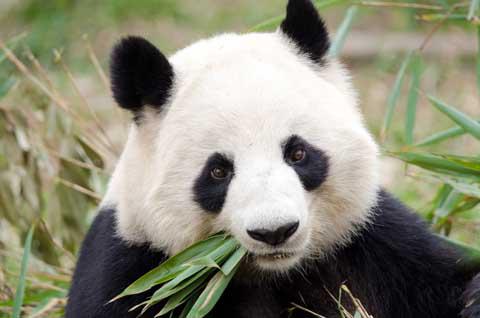 A panda in Chengdu, China
Chengdu is in China's Sichuan Provence and is in what is known as the Red Basin. It is a particularly fertile region in China that is known for its agriculture. For this reason it is sometimes referred to as the "Land of Milk and Honey". The Funan River cuts through the city but has almost no boat traffic anymore. The city itself has a wonderful relaxed vibe compared to the rest of China and is filled with green parks and places to relax. It is considered one of the most livable cities in China.

Chengdu is the fifth largest city in China with a population of almost 15 million in the metropolitan area. It's also an important economic, financial, commerical, and cultural center for China.

Chengdu has a monsoon-influenced humid subtropical climate. There are four seasons with most of the rain falling during the warmer months. Snow is rare during the winter months but frost may occur.

There are a good number of sights in Chengdu, including People's Park, Tianfu Square, Wuhouci Temple, Kuanzhaixiangzi, and Jinsha Archaeological Site, among others. Museums in the city include the Sichuan University Museum and the Sichuan Science and Technology Museum.

Many people come to Chengdu specifically for the Chengdu Panda Research Base of Giant Panda Breeding. It is located in the outskirts of town and you can reach it by catching bus 902 at the Xinnanmen Bus Station. You can also pick up a taxi, which will cost you about 30 yuan from downtown assuming minimal traffic. The park has about 60 giant pandas, which are considered an endangered species in large part because of habitat destruction. They also have some red pandas and black-necked cranes. There is a viewing area where you can visit the giant pandas and the best time to visit is the morning when the pandas are moving around and more active. They usually feed the pandas sometime between 9:30 and 10:00. One of the main activities is to have your photo taking while holding a baby panda. This will set you back 1000 yuan and the entry cost of the facility is roughly 60 yuan. While it is a unique opportunity that you can't have anywhere else in the world, the whole experience feels very forced and awkward. You can expect little more than a moment to hold the animal while they quickly snap your photo. If you want a little more out of the experience you can hire an English speaking guide for the cost of 100 yuan.

There are a variety of activities that you can enjoy while you're in Chengdu. There are many places where you can relax, sip tea, read books, play Weiqi, or have a massage. Chunxi is a shopping street that is pleasant to walk along during the afternoon. It's lined with clothing shops, book stores, restaurants, movie theaters, and arcades. Other activities include visiting the Happy Valley amusement park or going to the Sichuan Opera or a traditional show.

Sichuan food is everywhere in Chengdu. The dishes are quite spicy but it is possible to order it without spice or a little spicy at most restaurants. It's also possible to break through the spice with sweetened soy, almond, peanut, or milk.

The spiciest food in Chengdu is the hotpot. Sichuan hot pots are large soups that cook in the middle of the table. You can select meat, vegetables, and other ingredients to flavor the soup. Unlike eastern hotpots, you do not drink the soup but instead fish out the ingredients and eat them with chopsticks.

Chengdu Shuangliu International Airport is about 20 kilometers outside of the city center. It's a major transportation hub for the country and there are flights from all over China as well as many international destinations. You can take a bus from the airport to the city center and, of course, taxis are available.

There are also train bus connections to many cities within China.

Chengdu opened a metro service in 2010. The original line ran north and south between the North and South Railroad stations along Renmin Road. In 2014, Line 2 was opened between Xipu in the northwest and Longquanyi in the southeast.

There is a very comprehensive bus system in Chengdu. The system can be confusing and crowded, but it is a good option if you can figure it out. In general, rush hour has horrible traffic in Chengdu and traveling during these hours is best avoided.