Trying to figure out where to travel next? This travel comparison between Joshua Tree National Park and Sequoia National Park can help. It includes a travel cost comparison in addition to other factors. For many travelers, the cost of a destination is a primary consideration when choosing where to go.

Located in the southern part of California's Sierra Nevada mountain range, Sequoia National Park is best known for its giant sequoia trees, most notably the General Sherman tree which stands as the largest tree in the world. The park is also noted for features like the Crystal Cave, Moro Rock, and Tunnel Tree.

Prices for flights to both Sequoia National Park and Joshua Tree National Park change regularly based on dates and travel demand. We suggest you find the best prices for your next trip on Kayak, because you can compare the cost of flights across multiple airlines for your prefered dates.

For Sequoia National Park, here are a few prices for actual activities, tours, and tickets provided by various companies: 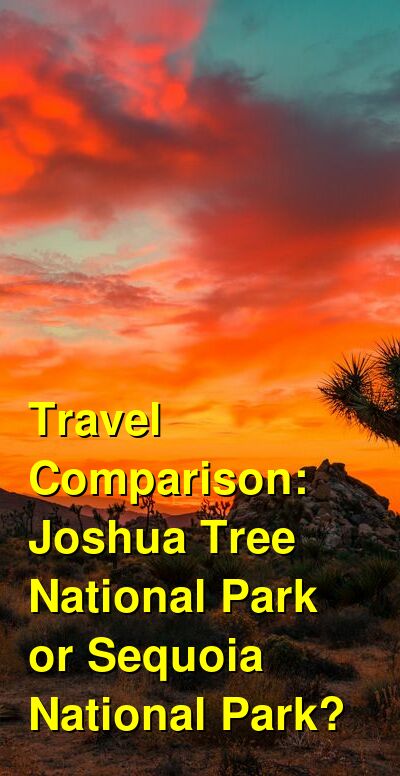