How much does it cost to travel to Philadelphia?

How much money will you need for your trip to Philadelphia? You should plan to spend around $151 per day on your vacation in Philadelphia, which is the average daily price based on the expenses of other visitors. Past travelers have spent, on average, $39 on meals for one day and $22 on local transportation. Also, the average hotel price in Philadelphia for a couple is $190. So, a trip to Philadelphia for two people for one week costs on average $2,110. All of these average travel prices have been collected from other travelers to help you plan your own travel budget.

Looking for a hotel in Philadelphia? Prices vary by location, date, season, and the level of luxury. See below for options.

How much does it cost to go to Philadelphia? Naturally, it depends on the dates. We recommend Kayak because they can find the best deals across all airlines.

The price of renting a car in Philadelphia will depends on dates, the type of car, the location, and your age. We recommend Kayak because they can find the best deals across all car rental companies.

What did other people spend on Food in Philadelphia?

Typical prices for Food in Philadelphia are listed below. These actual costs are from real travelers and can give you an idea of the prices in Philadelphia, but your costs will vary based on your travel style.

What did other people spend on Entertainment in Philadelphia?

Typical prices for Entertainment in Philadelphia are listed below. These actual costs are from real travelers and can give you an idea of the prices in Philadelphia, but your costs will vary based on your travel style.

Philadelphia On a Budget 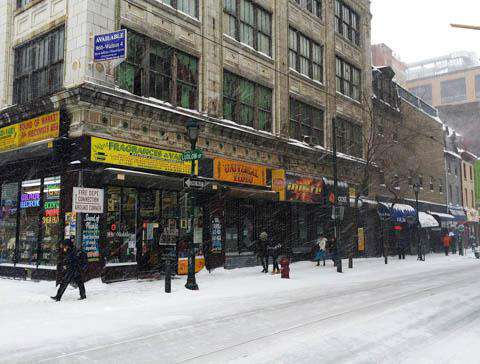 Philadelphia, Pennsylvania
Philadelphia is the fourth largest urban area, and the fifth largest city in the United States. It's located in southeastern Pennsylvania and has a rich history, having once been the capital of the United States. The city has very impressive architecture, museums, universities, and entertainment venues. It's a cultural and artistic center for the country and it continues to climb as a top travel destination.

Philadelphia's climate is hot and humid in the summer, mild in the fall and spring, and cold in the winter. Snowfall can vary dramatically from year to year with some years seeing only light dustings while other years have major snowstorms. In general, precipitation is spread evenly throughout the year.

There are plenty of things to see around Philadelphia in the form of museums, parks, and art galleries. Some of the area's popular museums include the Philadelphia Museum of Art, Academy of Natural Sciences, and Franklin Institute Science Museum among others. Top historic sights include the Eastern State Penitentiary, the Edgar Allan Poe National Historic Site, Fairmount Water Works, and Independence National Historic Park. Parks are always great places to people watch and take in a city's culture. In Philadelphia some of the top parks include Fairmount Park, Washington Square, and Rittenhouse Square. The Philadelphia Zoo is also a great tourist destination that is worth visiting.

The entire metropolitan area covers twelve different counties in three states; Pennsylvania, New Jersey, and Delaware. The city can be divided into several different districts. Center City East has the City Hall, the Convention Center, Chinatown, Washington Square West, the gay-friendly Gayborhood, and the Broad Street Arts Corridor. Center City West has the art museum district, Rittenhouse Square, and an outdoor shopping area. It also has the central business district and many of the city's skyscrapers. The Old City is the historic center of the city and has Independence Mall, the Liberty Bell, Constitution Hall, and Independence Hall. South Philly has the Italian Market and many cheap bars and restaurants. It is also home to the famous Philly cheesesteak sandwich. North Philly has many working class neighborhoods as well as Temple University and Northern Liberties. West Philly is west of the Schuylkill River and has University City which includes the University of Pennsylvania and Drexel University. The Northwest areas have middle and upper class residential neighborhoods and the Northeast area is also predominantly residential.

Philadelphia is a city filled with culture. Theaters and music venues are abundant and there is always an interesting performance going on somewhere. For sports enthusiasts, there are many hometown teams. The Philadelphia Phillies is the city's professional baseball team. The NFL team is the Eagles and the 76ers is the NBA team. Hockey is the Flyers, and the Philadelphia Union is the soccer team.

Throughout the year Philadelphia also hosts several interesting events including the Philadelphia Marathon, the Philadelphia International Championship (a 144-mile bike race), AIDS Walk Philly, the Mummers Parade, and an All-You-Can-Eat Ice Cream Festival. If you're planning a few days, check out this 3-day itinerary for Philadelphia.

Philadelphia has some great restaurants, but it also has some really great street food. The Philly cheesesteak is probably the area's most famous local specialty, but some other popular options include Goldenberg's Peanut Chews, scrapple, and soft pretzels. Local flavors are abundant throughout the city and you should try as many options as you can while you're in town. Hoagies, stromboli, and tomato pie are particularly popular. Tomato pie is a type of pizza that is made with the sauce on top. There are both thin and thick crust versions available.

If you're interested in dining out in this town, a wide variety of options are available, from fast food to family-friendly to high-end luxury. See this great guide to where to eat in Philadelphia to get an overview of the best restaurants.

Philadelphia is one of America's more walkable cities. In the compact tourist areas you can enjoy some interesting walking tours that will take you by some of the more popular sights. There is also a subway and bus system which you can use to navigate the city, or you can take taxis which are plentiful, but can be quite expensive. The subway system has two elevated lines: the Broad Street Orange Line and the Market-Frankford Blue Line, as well as surface or "trolley" lines. The surfaces lines include five streetcar lines that run along different avenues in West Philadelphia, coming together at the subway portal at 40th St. and Woodland Ave.

Philadelphia International Airport is the largest airport in the area and is a short taxi ride from the city. Taxi's to the airport should cost about $30. It is also connected to the city by SEPTA R1 Regional Rail Line.