How much does it cost to travel to Dallas?

How much money will you need for your trip to Dallas? You should plan to spend around $103 per day on your vacation in Dallas, which is the average daily price based on the expenses of other visitors. Past travelers have spent, on average, $28 on meals for one day and $23 on local transportation. Also, the average hotel price in Dallas for a couple is $115. So, a trip to Dallas for two people for one week costs on average $1,440. All of these average travel prices have been collected from other travelers to help you plan your own travel budget.

A vacation to Dallas for one week usually costs around $720 for one person. So, a trip to Dallas for two people costs around $1,440 for one week. A trip for two weeks for two people costs $2,880 in Dallas. If you're traveling as a family of three or four people, the price person often goes down because kid's tickets are cheaper and hotel rooms can be shared. If you travel slower over a longer period of time then your daily budget will also go down. Two people traveling together for one month in Dallas can often have a lower daily budget per person than one person traveling alone for one week.


How expensive is Dallas? How much money do I need for Dallas?

How much does a trip to Dallas cost? Is Dallas expensive? The average Dallas trip cost is broken down by category here. All of these Dallas prices are calculated from the budgets of real travelers.

How much do vacation rentals cost in Dallas? Prices vary by location, date, size of the place, and the level of luxury. See below for options.

How much does it cost to go to Dallas? Naturally, it depends on the dates. We recommend Kayak because they can find the best deals across all airlines.

The price of renting a car in Dallas will depends on dates, the type of car, the location, and your age. We recommend Kayak because they can find the best deals across all car rental companies.

What did other people spend on Food in Dallas?

Typical prices for Food in Dallas are listed below. These actual costs are from real travelers and can give you an idea of the prices in Dallas, but your costs will vary based on your travel style.

Tips and Handouts Budget in Dallas

Dallas On a Budget 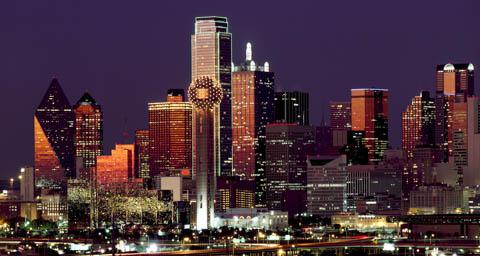 Dallas, Texas
Located in the north central part of the state, Dallas is a prominent city in Texas and is one of the most populated metropolitan areas in the United States of America. The business reputation of Dallas rose from its historical status as the center for cotton and oil industries. It was also positioned among numerous railroads.

As far as costs go, Dallas is relatively inexpensive compared to other huge cities in the U.S., but its not as cheap as many others, especially if you're in the downtown area. It's not hard to find affordable restaurants, hotels, or transportation if you look.

It is best to visit Dallas during the spring or autumn, because summer in this city can get uncomfortably hot. The mild spring temperatures give rise to vibrant and blooming wildflowers. The weather in Dallas is generally pleasant in autumn between late September and early December.

The Dallas Arts District is located in the center of downtown Dallas. It consists of a large performing arts venue, award winning museums and art galleries. Some of the most prominent places include the Dallas Museum of Art, Nasher Sculpture Center, Crow Collection of Asian Art, and the newly opened Klyde Warren Park. Dallas has substantial art and sculpture collections for visitors.

In addition to thought provoking art, there are plenty of places worth visiting in Dallas, such as the Dallas Zoo, Reunion Tower, Perot Museum of Nature and Science, Dallas World Aquarium, Six Flags over Texas, and Dallas Arboretum. Most of these places are kid and family friendly. The Sixth Floor Museum is dedicated to the assassination of President John F. Kennedy and is located in the same building where Lee Harvey Oswald fired the shots.

Dealey Plaza in Dallas is worth visiting as it is the place where president John F Kennedy was fatally assassinated. Downtown Dallas has a growing nightlife scene. Uptown & Oak Lawn are located to the north of downtown Dallas and are worthwhile for shopping, eating and staying. McKinney Avenue boasts elegant old homes with upscale restaurants and eclectic shopping arcades. Greenville Avenue & East Dallas are well known for contributing to the Dallas nightlife scene ââ with a multitude of bars, lounges, bohemian restaurants and nightclubs.
East Dallas is considered the "streetcar suburbs" and has many quaint bungalows, coffeehouses, and restaurants. Highland Park and University Park are some of the wealthiest parts of the city. The areas are mostly residential but there is also high end shopping, several museums, and the George W. Bush Presidential Library.

Dallas hosts an agglomeration of various events, such as the Chocolate Tour for roughly $40, a BBQ and Brewery for around $60, House of Blues Dallas for approximately $50, and many more.

There are plenty of free things to do in Dallas as well. You can go on a self-guided walking tour with Public ArtWalk Dallas or drive through historic neighborhoods like Swiss Avenue, Highland Park and Kessler Park. Dallas is a big city, so guided exploration is a convenient and informative way to see the city. Some of the best tour operators around town include the Dallas City Tours, Big D Fun Tours, Dallas Texas Tour Attractions and Autobuses Mares.

And being in the center of Texas, visitors can find plenty of day trips from Dallas, too. Why not visit nearby Fort Worth, or the quaint town of Waco?

Dallas has a good number of budget and fine dining restaurants for those looking to satiate their palates. There are a multitude of cuisines that range from Tex-Mex and American to South East Asian and Indian. Visitors will never be short of places to eat in Dallas. The Shinsei Restaurant located in the University Park neighborhood offers some of the best Asian cuisines, with huge portions of sushi and Thai food. The Grape located in Lower Greenville Avenue is a popular place with outdoor dining adding to its charm. From fried food to seafood, you can find anything here. Chamberlainâs Steak and Chop is the place to go, if you are craving juicy steak. Order the Kobe sirloin steak, smoked salmon with capers and onions or the prime rib eye and you wonât be disappointed. Dallas Fish Market located in the heart of downtown Dallas, is the perfect spot for any type of gathering. This restaurant flaunts a modern and comfortable decor. Hook Line & Slinker is one of the best places for seafood in town. Boasting a casual atmosphere, some of the most famous dishes include boiled shrimp, boiled crab legs, fried catfish basket, and raw oysters.

Having access to a private vehicle is important if you hope to see Dallas in any level of detail. (Car rental prices here.)

Like most cities in Texas, public transportaion is limited and car travel is the norm, but there is limited public transit available. Dallas Area Rapid Transit (DART) operates bus and rail services in the city but relying on this as your sole form of transportation is not recommended. The light rail system has four lines, and although it does travel near many tourist sights, it is more convenient for commuters into the city. The trains run every 10 minutes during rush hour, but less often during the off times. Sometimes trains run as infrequently as two an hour. Although buses travel through much of the city, you'll likely have to transfer several times and the trips can be very slow.

There are several pedestrian-friendly walkways in the uptown and downtown areas of Dallas. Dallas Fort Worth International Airport and Dallas Love Field are the two major airports in the city.