How much does it cost to travel to Dijon?

How much money will you need for your trip to Dijon? You should plan to spend around €122 ($129) per day on your vacation in Dijon, which is the average daily price based on the expenses of other visitors. Past travelers have spent, on average, €39 ($41) on meals for one day and €29 ($30) on local transportation. Also, the average hotel price in Dijon for a couple is €128 ($135). So, a trip to Dijon for two people for one week costs on average €1,710 ($1,806). All of these average travel prices have been collected from other travelers to help you plan your own travel budget.

A vacation to Dijon for one week usually costs around €855 for one person. So, a trip to Dijon for two people costs around €1,710 for one week. A trip for two weeks for two people costs €3,419 in Dijon. If you're traveling as a family of three or four people, the price person often goes down because kid's tickets are cheaper and hotel rooms can be shared. If you travel slower over a longer period of time then your daily budget will also go down. Two people traveling together for one month in Dijon can often have a lower daily budget per person than one person traveling alone for one week.


How expensive is Dijon? How much money do I need for Dijon?

How much does a trip to Dijon cost? Is Dijon expensive? The average Dijon trip cost is broken down by category here. All of these Dijon prices are calculated from the budgets of real travelers.

How much do vacation rentals cost in Dijon? Prices vary by location, date, size of the place, and the level of luxury. See below for options.

How much does it cost to go to Dijon? Naturally, it depends on the dates. We recommend Kayak because they can find the best deals across all airlines.

The price of renting a car in Dijon will depends on dates, the type of car, the location, and your age. We recommend Kayak because they can find the best deals across all car rental companies.

Dijon On a Budget 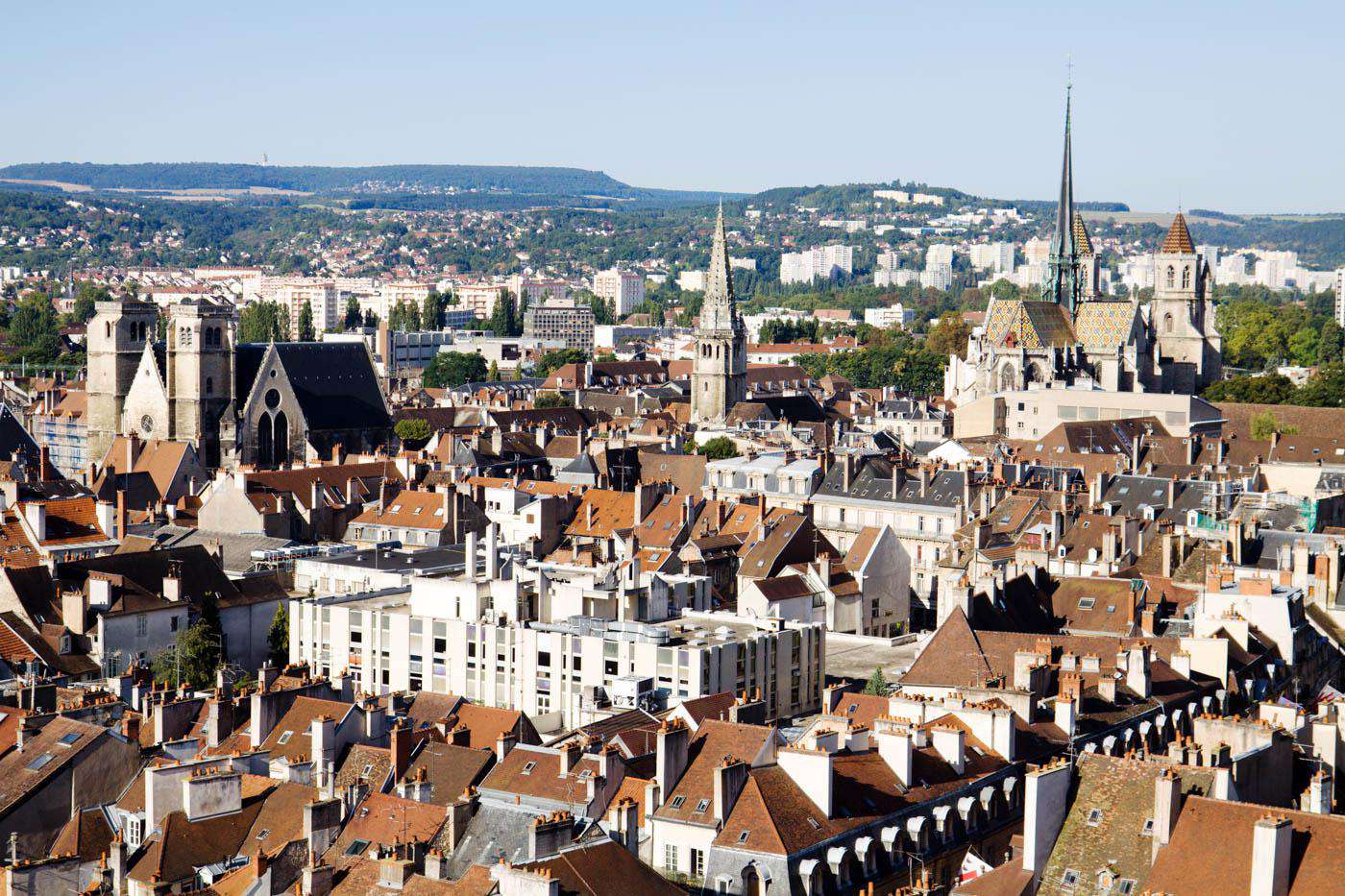 Dijon, France
Dijon is a city in eastern France, capital of the Cote-d'Or department and of the Bourgogne-Franche-Comte region. Archaeological finds in this area date back to the Neolithic period, but Dijon later became a Roman settlement before later becoming home to the Dukes of Burgundy between the 11th and 15th centuries. Dijon was a place of tremendous wealth and power, one of the great European centers of art, learning and science. The city has retained varied architectural styles from many of the main periods of the past millennium, including Capetian, Gothic, and Renaissance. Many still-inhabited town houses in the city's central district date from the 18th century and earlier. Dijon is famous for Dijon mustard which originated in 1856, when Jean Naigeon of Dijon substituted verjuice, the acidic green juice of not-quite-ripe grapes, for vinegar in the traditional mustard recipe. Dijon is one of France's most appealing cities. Filled with elegant medieval and Renaissance buildings, the lively center is wonderful for strolling, especially if you like to mix your cultural enrichment with excellent food, fine wine and shopping.

Dijon has a large number of churches, including Notre Dame de Dijon, St. Philibert, St. Michel, and Dijon Cathedral, dedicated to the apocryphal Saint Benignus, the crypt of which is over 1,000 years old. Many still-inhabited town houses in the city's central district date from the 18th century and earlier. Dijon was largely spared the destruction of wars such as the 1870 Franco-Prussian War and the Second World War, despite the city being occupied. Therefore, many of the old buildings such as the half-timbered houses dating from the 12th to the 15th centuries (found mainly in the city's core district) are undamaged, at least by organized violence.

Among the more popular sights is the Ducal Palace, the Palais des Ducs et des Etats de Bourgogne, or Palace of the Dukes and the States of Burgundy, which includes one of only a few remaining examples of Capetian period architecture in the region.

The church of Notre Dame is famous for both its art and architecture. Popular legend has it that one of its stone relief sculptures, an owl is a good-luck charm: visitors to the church touch the owl with their left hands to make a wish. The current carving was restored after it was damaged by vandalism in January 2001.

The Grand Theatre de Dijon, built in 1828 and one of the main performing venues of the Opera de Dijon, was declared a monument historique of France in 1975. It was designed by the Dijon-born architect Jacques Cellerier (1742â1814) in the Neo-classical style with an interior modeled on Italian opera houses.

Though Dijon is a decent sized city with several neighborhoods, the one of interest for tourists is the city center. This is where the self-guided walking tour takes you and all of the sights and attractions are located, and where you will find most of the best restaurants and shops to explore.

Dijon has a great self-guided walking tour that is available by map from the tourist center or through apps on any android or apple device. This tour will guide you to all of the city's major sights and attractions.

Dijon has numerous museums such as the Musee des Beaux-Arts de Dijon, the Musee Archeologique, the Musee de la Vie Bourguignonne, the Musee d'Art Sacre, and the Musee Magnin. It also contains approximately 700 hectares of parks and green space, including the Jardin botanique de l'Arquebuse.

Dijon holds an International and Gastronomic Fair every year in autumn. With over 500 exhibitors and 200,000 visitors every year, it is one of the ten most important fairs in France. Dijon is also home, every three years, to the international flower show Florissimo.

Dijon is famous for its mustard, but that isn't the only thing in the area to eat. There are many top quality food choices in the Dijon area, including several Michelin starred options. Though there are many fantastic options to choose from, a few ideas for restaurants include: Le Bouchon du Palais, which is a great restaurant to try some of the regions specialty dishes, Restaurant Carre Rouge, which is a great place for traditional French food, Grill and Cow, which is a good option for something a little different from the traditional options, or try one of the many wine bars in the area that feature some of the area's best wines.

Dijon is located in between Lyon and Paris, France's two major airports, so either one would be good locations to fly into to get to Dijon. It is about 190 mi southeast of Paris, about three hours by car along the A38 and A6 motorways. The A31 provides connections to Nancy, Lille and Lyon. Dijon is an important railway junction for lines from Paris to Lyon and Marseille, and the east-west lines to Besancon, Belfort, Nancy, Switzerland, and Italy. The Gare de Dijon-Ville is the main railway station, providing service to Paris-Gare de Lyon by TGV high-speed train (LGV Sud-Est), covering the 190 mi in one hour and 40 minutes. Lyon is 110 mi away and two hours distant by standard train. The city of Nice takes about six hours by TGV and Strasbourg only 1 hour and 56 minutes via the TGV Rhin-Rhone. Lausanne in Switzerland is less than 93 mi away or two hours by train.

Getting around within Dijon is not difficult. There are many options including buses, shuttles, and trams, but the majority of the city is best explored on foot through the pedestrian walking areas and self-guided walking tour.