How much does it cost to travel to Nice?

How much money will you need for your trip to Nice? You should plan to spend around €105 ($110) per day on your vacation in Nice, which is the average daily price based on the expenses of other visitors. Past travelers have spent, on average, €39 ($41) on meals for one day and €20 ($21) on local transportation. Also, the average hotel price in Nice for a couple is €94 ($98). So, a trip to Nice for two people for one week costs on average €1,472 ($1,533). All of these average travel prices have been collected from other travelers to help you plan your own travel budget.

A vacation to Nice for one week usually costs around €736 for one person. So, a trip to Nice for two people costs around €1,472 for one week. A trip for two weeks for two people costs €2,945 in Nice. If you're traveling as a family of three or four people, the price person often goes down because kid's tickets are cheaper and hotel rooms can be shared. If you travel slower over a longer period of time then your daily budget will also go down. Two people traveling together for one month in Nice can often have a lower daily budget per person than one person traveling alone for one week.


How expensive is Nice? How much money do I need for Nice?

How much does a trip to Nice cost? Is Nice expensive? The average Nice trip cost is broken down by category here. All of these Nice prices are calculated from the budgets of real travelers.

Looking for a hotel in Nice? Prices vary by location, date, season, and the level of luxury. See below for options.

How much does it cost to go to Nice? Naturally, it depends on the dates. We recommend Kayak because they can find the best deals across all airlines.

The price of renting a car in Nice will depends on dates, the type of car, the location, and your age. We recommend Kayak because they can find the best deals across all car rental companies.

What did other people spend on Food in Nice?

Typical prices for Food in Nice are listed below. These actual costs are from real travelers and can give you an idea of the prices in Nice, but your costs will vary based on your travel style.

Nice On a Budget 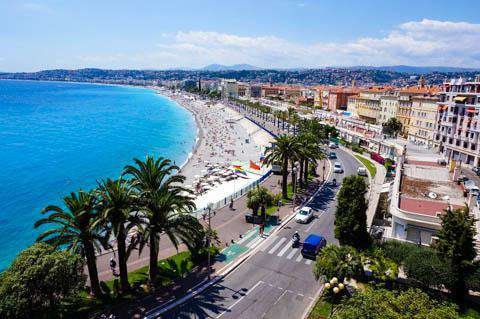 Nice, France
Nice, in the French Riviera, is one of the most popular destinations in France. It's located on the southeast coast along the Mediterranean Sea and is the second largest French city on the Mediterranean. It is an energetic city that attracts all types of vacationers from every age group and demographic. It's the 5th largest city in the country and is the capital of the Alpes Maritimes departement. The metropolitan area has a population of about 1 million.

The Gallo-Roman ruins of Cimiez point to the origins of the city. This area, in the hills, has a monastery and several museums but today the major population area is closer to sea level.

Nice has a Mediterranean climate with mild winters and a moderate amount of rain. Summers are very hot and dry with a maximum temperature usually around 27 degrees Celsius. Early fall is still sunny but as the months progress it becomes more cloudy and rainy, but still warm. Early winter is cooler but still comfortable and frost and snow are rare, even in the coldest months. It usually doesn't drop much below 5 degrees Celsius. Spring can be rainy but warmer.

The Promenade des Anglais, the famous waterfront, has entertaining for all types. Visit the Colline du Chateau, which offers views of the whole city as well as Baie des Anges. You have the option to either climb the stairs or use the lift to reach the ruined castle.

The beaches themselves are predominately rock, but there are beautiful views, interesting walks along the waterfront, restaurants, museums, and plenty of forms of entertainment. If you only have one day in Nice, then all of these places should and can be on your to-do list.

The city center is a popular area to walk around in Nice. There are many different neighborhoods within the city, each with its own character.

The Old Town has many narrow streets, the Flower Market and plenty of cafes, shops, and tourist sights. The Chateau is reached by climbing steps to the top of the hill, which offers great views. The Port area is near Old Town and is often overlooked by tourists. It has some great restaurants and popular nightclubs. The Sea Front is where you will find Promenade des Anglais, which has beaches, seaside restaurants, and plenty of places to walk. Musiciens is an upscale residential area with many second homes owned by Europeans and internationals. Cimiez has a rich history, picnic areas, and gardens. The Russian district has an old orthodox Russian Cathedral and Valrose is where you'll find the University of Nice.

Many people head to the beaches in Nice, but don't expect sand. Most beaches are pebbled and they are not ideal for sunbathing. The warm, blue waters are perfect for a swim though, and you shouldn't pass up this opportunity. If you're determined to find a sand beach, you'll have better luck in some of the nearby towns such as Villefranche-sur-Mer, Antibes and Cannes. These can be reached by TAM bus. In fact, Nice has plenty of beautiful towns nearby that you should check out. Many are very scenic and worth visiting as day trips.

Popular local dishes include socca, which is a chickpea flat bread, and Pan Bagnat, a type of tuna fish sandwich. Seafood is common in most restaurants but some restaurants are better than others. It's worth going to the daily market in Vieux Nice where you can find fresh, local produce. Preparing meals for yourself will help you save a lot of money and the local ingredients are very good. There aren't many budget friendly restaurants in Nice, but baguettes are a good lunch option. The most reasonably priced restaurants are in the Port neighborhood. Many restaurants have set menus at lunch time which are reasonably priced. They usually include two courses and sometimes also include coffee or wine.

The main bus network in Nice is Lignes d'Azur. There are over 100 routes and this is the main mode of transportation for residents. There's also an inter-urban network, the TAM, that connects all of the Eastern Riviera towns between Cannes and Menton. This is popular with tourists. There is also a tram line that makes a U-shaped route from Las Planas in the northeast to Pont St Michel in the northwest. It also connects the main train station with the bus station, downtown area, and the university. The route is more popular with locals than it is with tourists.

Taxis are available but are expensive and best avoided. It is best to catch a taxi at a designated location because few respond to being hailed. It is easiest to find them near the train station and larger hotels.