How much does it cost to travel to Le Mans?

How much money will you need for your trip to Le Mans? You should plan to spend around €66 ($69) per day on your vacation in Le Mans, which is the average daily price based on the expenses of other visitors. Past travelers have spent, on average, €22 ($23) on meals for one day and €24 ($25) on local transportation. Also, the average hotel price in Le Mans for a couple is €59 ($62). So, a trip to Le Mans for two people for one week costs on average €930 ($969). All of these average travel prices have been collected from other travelers to help you plan your own travel budget.

A vacation to Le Mans for one week usually costs around €465 for one person. So, a trip to Le Mans for two people costs around €930 for one week. A trip for two weeks for two people costs €1,860 in Le Mans. If you're traveling as a family of three or four people, the price person often goes down because kid's tickets are cheaper and hotel rooms can be shared. If you travel slower over a longer period of time then your daily budget will also go down. Two people traveling together for one month in Le Mans can often have a lower daily budget per person than one person traveling alone for one week.


How expensive is Le Mans? How much money do I need for Le Mans?

How much does a trip to Le Mans cost? Is Le Mans expensive? The average Le Mans trip cost is broken down by category here. All of these Le Mans prices are calculated from the budgets of real travelers.

Looking for a hotel in Le Mans? Prices vary by location, date, season, and the level of luxury. See below for options.

How much does it cost to go to Le Mans? Naturally, it depends on the dates. We recommend Kayak because they can find the best deals across all airlines.

The price of renting a car in Le Mans will depends on dates, the type of car, the location, and your age. We recommend Kayak because they can find the best deals across all car rental companies.

Le Mans On a Budget 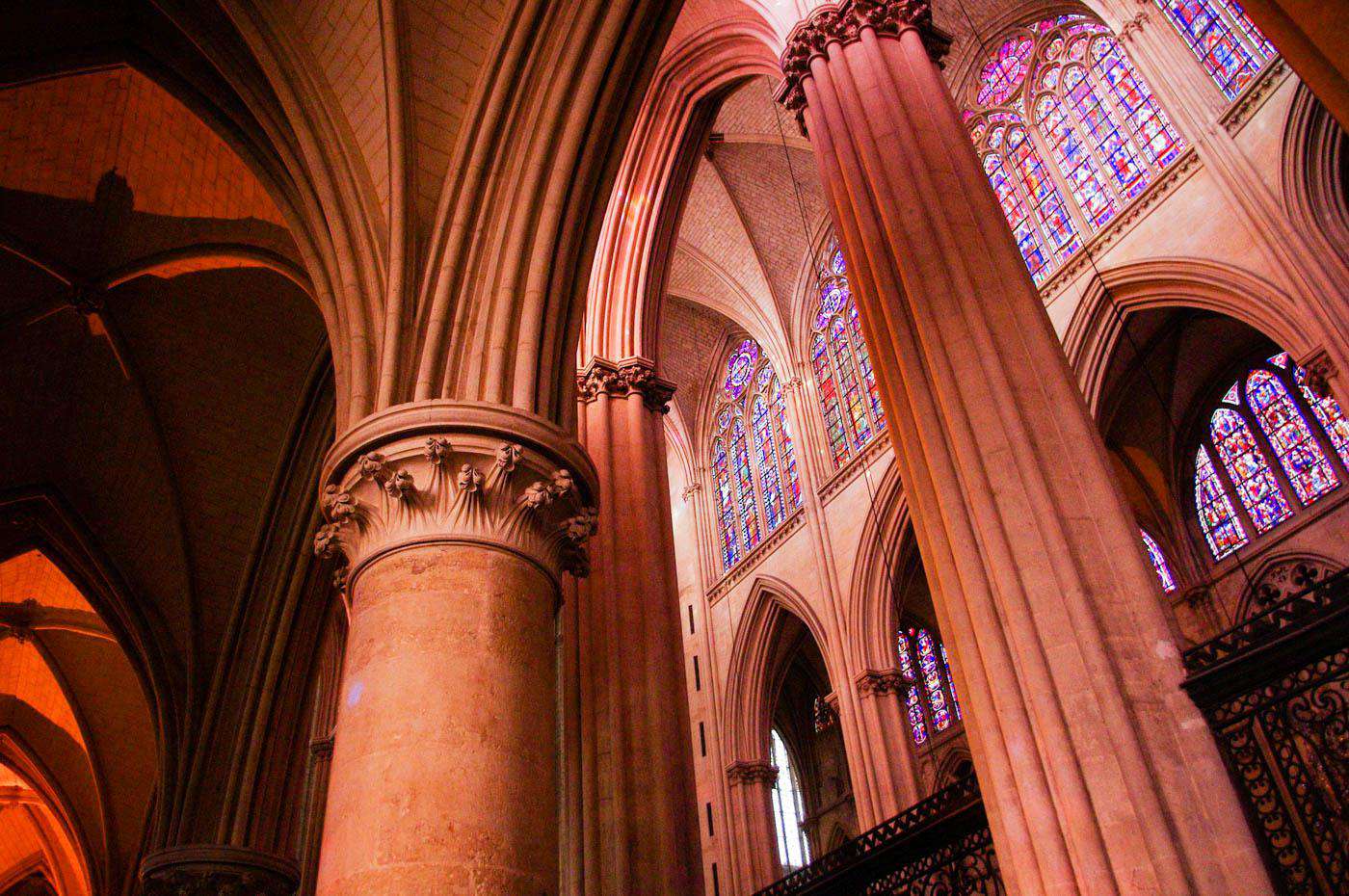 Le Mans, France
Le Mans is a city in France, on the Sarthe River. Le Mans is found about 80 kilometers north of Tours, and south of Alencon. To many of course, Le Mans is famous only for a 24 hour racing event once a year. If you are not interested in cars and car racing, it is best to avoid visiting Le Mans in the middle of June. However, Le Mans also has a fantastic old town and is well worth the visit. Known as the Cite Plantagenet, this is where in 1129 Geoffrey Plantagenet married Matilda, daughter of Henry I of England and gave birth to Henry II.

The highlight is the St Julien Cathedral, which was built between the 11th and 15th centuries. It is a mixture of styles because of the time taken to build it and is one of the largest in France. At the main entrance of the cathedral is a stone menhir, which was raised by the prehistoric people who lived here in 4000-5000 BC. The menhir, which became a pagan symbol for fertility was saved from destruction by Saint Julien who came to Le Mans in the 4th century.

Opposite Le Mans cathedral on the Place du Cardinal Grente is the Bishop's house, a lovely 16th century building and next to it the Pilgrim's house, also 16th century. Encircling the town much remains of the Roman wall which is one of the best preserved in Europe. Four of its existing five towers still remain. At one of these a lovely little medieval style garden has been created and within it are some of the stone balls hurled against the town by the Count of Salisbury in his assault of 1425.

The Royal Palace (now the Town hall) is an impressive ensemble of buildings in part dating back to the 11th-12th centuries, next to the little Isaac river. You can descend by steep stairways that pass through the roman walls to the river below and the Roman baths.

The modern city center is the Place de la Republique, and the old town or medieval quarter is separate from the modern city center. Various shops, including the Center Jacobins shopping center, bars and restaurants dot the 20 min walk between the two areas.

The modern city center is home to a large pedestrian square with many shops and restaurants and is also where the trams and busses run to. The city center does have a few monuments and sights, but is most popular for its 24 hour racing spectacle held in June every year.

Unlike the medieval quarters of most towns and cities in France that of Le Mans is completely separate to the modern day town. It lies high above the town and is very quiet compared to the noise of the thriving city below. The magnificent St Julien Cathedral can be seen from below and can be reached by walking up the steps from the car park in the Place des Jacobins. The old town has lovely narrow streets, stone houses, many with intricate details, timbered buildings, and the lovely slate roofs common to this area of France. There are numerous half-timbered medieval houses in Le Mans dating from the 14th to 16th centuries. The best known is the Maison du Pilier rouge on Grand Rue, with its easily recognizable red-painted wooden structure.

Every night in July and August Le Mans features an incredible light show put on in the streets of the old town. Various facades of the Plantaganet City are lit up with scenes created by Skertzo. A free spectacle not to be missed.

Down below in the modern town of Le Mans there is the Tesse museum which is in the Bishop's Palace on the edge of Tesse park. This museum contains the city's fine art collection and has added a large space dedicated to ancient Egypt and includes two full scale models of Egyptian tombs.

And of course there is the Le Mans race, more correctly known as the 24 Hours of Le Mans sports car race or The Le Mans 24 Hours, which takes place on public roads, which are closed for the day, and has been held since 1923. This takes place in mid-June each year. There is a drivers parade on the eve of the race allowing you to meet the competitors and their cars. Enthusiasts can also visit the Automobile museum which houses the cars of 15 winners of the le Mans 24 hours. For vintage car fans there is the Le Mans Classic in July every second year. This is one of the leading vintage car events worldwide and includes 5000 vintage club cars.

A culinary specialty to watch for in Le Mans is Rillettes, a kind of boiled pork pate. It actually tastes much better than it sounds. You can buy some rillettes in almost every meat shop in town, and it makes for the perfect sandwich pasted on some fresh baguette.

A great variety of restaurants can be found in the town center and in or around the old city. For a very good sample of French cuisine, give Le Grenier A Sel, La Ciboulette, or Le Nez Rouge a try, all of them close to or inside the old city. Le Baobab, on the same street as La Ciboulette, offers some African cuisine at the very heart of the old city. The area closer to Place de la Republique, popular with young people on weekends, offers cheaper eats, with several kebab shops that will help you stay fueled for your adventures.

The best way to get to Le Mans is to fly into Paris and take the high speed TGV train to Le Mans. Le Mans is well connected to many other cities through trains and busses. If coming by car, Le Mans has many good road links to the rest of the country. The A11 L'Oceane highway runs from Paris to Nantes via Le Mans, and the A81 from Le Mans heads West to Rennes. It takes roughly 2h from Paris to drive to Le Mans. Public buses are available, and a tramway is in operation. It runs from the university on the west of the town, through the center and then out east, where it splits in two. The Antares terminus is at the Le Mans 24 hour circuit. For tourists, most getting around is from/to the station from/to town center, which involves either a long 30 min walk, a short taxi ride or a 5 min bus ride.