How much does it cost to travel to Reims?

How much money will you need for your trip to Reims? You should plan to spend around €87 ($105) per day on your vacation in Reims, which is the average daily price based on the expenses of other visitors. Past travelers have spent, on average, €23 ($28) on meals for one day and €34 ($41) on local transportation. Also, the average hotel price in Reims for a couple is €88 ($107). So, a trip to Reims for two people for one week costs on average €1,212 ($1,475). All of these average travel prices have been collected from other travelers to help you plan your own travel budget.

A vacation to Reims for one week usually costs around €606 for one person. So, a trip to Reims for two people costs around €1,212 for one week. A trip for two weeks for two people costs €2,423 in Reims. If you're traveling as a family of three or four people, the price person often goes down because kid's tickets are cheaper and hotel rooms can be shared. If you travel slower over a longer period of time then your daily budget will also go down. Two people traveling together for one month in Reims can often have a lower daily budget per person than one person traveling alone for one week.


How expensive is Reims? How much money do I need for Reims?

How much does a trip to Reims cost? Is Reims expensive? The average Reims trip cost is broken down by category here. All of these Reims prices are calculated from the budgets of real travelers.

Find a hostel, guesthouse, or B&B in Reims

How much does it cost to go to Reims? Naturally, it depends on the dates. We recommend SkyScanner because they can find the best deals across all airlines.

The price of renting a car in Reims will depends on dates, the type of car, the location, and your age. We recommend SkyScanner because they can find the best deals across all car rental companies.

Reims On a Budget 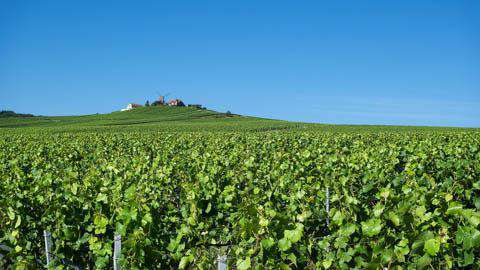 Reims, France
Reims lies 129 km (80 mi) east-northeast of Paris. It was founded by the Gauls and became a major city during the Roman Empire. Reims played a prominent ceremonial role in French monarchical history as the traditional site of the crowning of the kings of France. The city's economy is based largely on wine production, for which the Champagne region is famous, and a visit to Reims often includes a popular tasting of the most famous French wines at the 'Maison de Champagne'. Reims has many attractive pedestrian boulevards, Roman remains, art-deco cafes and a flourishing fine-dining scene that counts among it four Michelin-starred restaurants. Of course Reims also has all the shops and other facilities that you would expect in a major city.

There are numerous sightseeing opportunities, but Reims is most famous for its cathedral (1211-1480), which is one of the finest examples of the French Gothic architecture style. The key feature of the cathedral of Reims is the sculptures and unique glass windows; the western portal has 35 statues and an impressive rose window, among the most notable are the small figures of angels including the famous Smiling Angel, one of the most famous sculptures of the cathedral. The central facade consists of three central doors and two strong buttresses, which are the essential decorative motif of the cathedral. Also beautiful is the western portal, with three doors, which is also rich in statues including the Stories of Adam and Eve. The side faces are also very elegant, with buttresses soaring upward, repeating the theme of the main facade.

Among other religious buildings to visit is the Basilica of Saint Remi, where the bishop baptized Clovis. The basilica has a Romanesque structure, and particularly noteworthy are the 12th century choir section and the great chandelier of the twelfth century, formed of nearly 100 candles.

Notre-Dame de Reims Cathedral, the Former Abbey of Saint-Remi (now made up of the Basilica and its museum) and the Palace of Tau were added to the list of UNESCO World Heritage Sites in 1991.

The primary areas in Reims focus in the center and around the cathedral and other major monuments, and the main squares: the Place Royale, with a statue of Louis XV, and the Place Cardinal-Lucon, with an equestrian statue of Joan of Arc.

The Rue de Vesle is the main street and crosses the town from southwest to northwest, passing through the Place Royale en route.

The Place Drouet d'Erlon in the city center is packed with lively restaurants and bars, and several attractive statues and fountains. During the summer it is filled with people sitting outside the many cafés enjoying the summer sun, and in December it has a lively and charming Christmas market.

Reims has some great museums to explore. Reims Tau Palace, one time residence of the kings of France before their coronations and now the Cathedral Museum. The museum contains statues, tapestries and other liturgical materials. The Musee Saint-Remi, with an interesting collection of archaeological Gaul-Roman finds and a splendid collection of tapestries.

Another popular activity in this region is wine and champagne tastings. There are several tours in the area that will allow you to sample from various companies. You could also take a tour to the Champagne Region from Reims and explore a little of the local country side.

Reims is an excellent stop for anyone interested in the food and drink industry, with top notch champagnes and wines and Michelin-starred restaurants, there is no shortage in great dining options. A few popular food options in the area include: the biscuit rose (pink biscuit, one of the oldest French biscuits, Gingerbread, and Reims Ham.

Paris is the closest major airport to Reims. Since the high speed train line has been opened, Reims is linked not only to Paris, but also to major cities in the country: Lille, Bordeaux, Nantes, Strasbourg. Trains to cities other than Paris leave from the brand new Champagne-Ardenne TGV station, located just outside the city. This station is connected to the central station through bus and local train. When booking your ticket, check the station you'll be arriving to or leaving from as many people get mixed up and miss their train. There are two tram lines in the city. They share a similar route but the B line goes to the new Champagne-Ardennes TGV station. Trams on this line can be very infrequent. While the center is fairly compact and easy to get around by foot, if you want to go further afield then try the buses. They're very reliable, run regularly, and a good value. 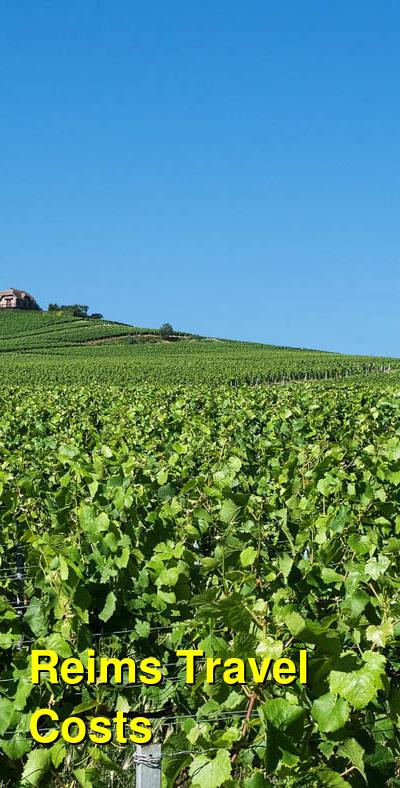