How much does it cost to travel to Andalusia?

How much money will you need for your trip to Andalusia? You should plan to spend around €100 ($105) per day on your vacation in Andalusia, which is the average daily price based on the expenses of other visitors. Past travelers have spent, on average, €28 ($30) on meals for one day and €19 ($20) on local transportation. Also, the average hotel price in Andalusia for a couple is €100 ($106). So, a trip to Andalusia for two people for one week costs on average €1,394 ($1,472). All of these average travel prices have been collected from other travelers to help you plan your own travel budget.

A vacation to Andalusia for one week usually costs around €697 for one person. So, a trip to Andalusia for two people costs around €1,394 for one week. A trip for two weeks for two people costs €2,787 in Andalusia. If you're traveling as a family of three or four people, the price person often goes down because kid's tickets are cheaper and hotel rooms can be shared. If you travel slower over a longer period of time then your daily budget will also go down. Two people traveling together for one month in Andalusia can often have a lower daily budget per person than one person traveling alone for one week.


How expensive is Andalusia? How much money do I need for Andalusia?

How much does a trip to Andalusia cost? Is Andalusia expensive? The average Andalusia trip cost is broken down by category here. All of these Andalusia prices are calculated from the budgets of real travelers.

How much do vacation rentals cost in Andalusia? Prices vary by location, date, size of the place, and the level of luxury. See below for options.

How much does it cost to go to Andalusia? Naturally, it depends on the dates. We recommend Kayak because they can find the best deals across all airlines.

The price of renting a car in Andalusia will depends on dates, the type of car, the location, and your age. We recommend Kayak because they can find the best deals across all car rental companies.

Tips and Handouts Budget in Andalusia

Andalusia On a Budget 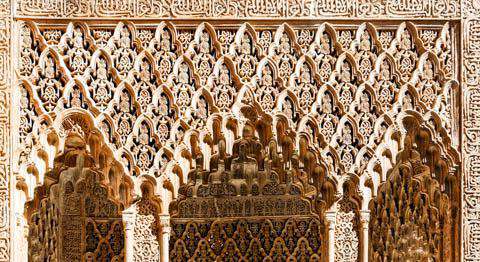 Alhambra, Granada, Andalusia, Spain
The Andalusia Region of Spain is located in the south of Spain. The territory is divided into eight provinces: Almeria, Cadiz, Cordoba, Granada, Huelva, Jaen, Malaga and the capital city of the region, Seville. Andalusia is in the south of the Iberian Peninsula and is the only European region with coastlines on both the Mediterranean and the Atlantic Ocean. Traditionally, the main economic contribution of the area is from agriculture, but in recent years the service industry, specifically tourism, retail, and transportation, have become at least as important and possibly even more important to the economy.

The culture of Andalusia has been shaped by its history and geography, as well as its complex flows of peoples and civilizations, many very different from one another. For many years, the region sat on the edge of two different religions and ideologies, Christianity and Islam, which has produced a fascinating collection of cultural giants: ancient mosques transformed into churches; vast palace complexes replete with stucco; a cuisine infused with splashes of North African spices; and a chain of towns that dominates the arid, rocky landscape.

A great way to experience this dynamic region is to take a road trip through Andalusia stopping by many of the cities, small towns, and national parks along the way.

One of the most popular sights in the area is Alhambra, which is an extremely popular palace in the Granada area. This is a must see for many tourists, and so, is often crowded, but with part palace, part fort, part World Heritage site, and part lesson in medieval architecture, the enchanting Alhambra is worth the visit.

Another popular sight in the area is Alcazar, which was built mostly in the 1300's in what was known as the Dark Ages, but there is nothing dark about this fabulous piece of architecture. It is still a royal palace and has many amazing and beautiful rooms to explore. It has been called so beautiful by some that they say they hope Heaven is as beautiful as Alcazar.

Andalusia is a big region, so there are many areas and neighborhoods worth visiting. One of the main cities, also the capital of the region, is Seville. It is the largest city in the area and is home to many of the local sights, including 3 UNESCO World Heritage Sites. Seville has many festivals and great restaurants and is a favorite destination of many.

Another popular city and location in Andalusia is Granada. Granada is home of the Costa Tropical, a large beach area which is famous to foreigners and locals alike as a popular vacation destination. Granada also has many sights and restaurants worth visiting.

Malaga is another popular area and city in Andalusia. This is where the largest airport in the region is located and it is home to the Costa del Sol which is an even larger and more popular beach area than the one in Granada. There is plenty here to see and do as well.

Spain is big on festivals and Andalusia is no exception to that. There are many festivals within the region, one of which is the Carnaval. No other Spanish region celebrates Carnaval with as much spirit, dedication and humor as Andalusia. Here it becomes a 10-day singing, dancing and drinking fancy-dress street party spanning two February weekends.

Andalusia has plenty of other activities as well, from exploring natural beauty to shopping at retail stores to enjoying time at the beach. Because of its location on the waterfront, it is a big port area and so there are many cruise ships that dock in the cities of the region, which produce multiple tours to experience. Some of the bigger cities such as Seville have hop on hop off bus tours, which will allow you to see most of the bigger attractions with ease.

Andalusia is gaining more and more popularity for its cuisine. The area has some spectacular dishes with hints of influences from Africa as well as authentic Spanish flavors. A few local dishes to watch for include: Gambas al Ajillo, which is a sweet and spicy prawn chili, Jamon Serrano, which is a wafer thin slice of sweet and salty cured ham, and Calamares/chipirones a la plancha, which is grilled squid (or baby squid) with lemon, parsley and garlic sauce.

One top rated restaurant in the region is La Brunilda, which is a great place to get some local Tapas. As a region surrounded by the Mediterranean on one side and the Atlantic on the other, seafood is a popular food in the area. One of the great seafood restaurant options in the region is Casa Joaquin, which is said to have some of the best seafood in the area, but call ahead as they fill up fast and reservations are highly recommended.

The Andalusia region has a lot of great countryside to visit if you enjoy natural scenery. If you plan on visiting areas of the countryside, a rental car is strongly recommended for your visit. If you plan to stick mainly to the city areas, however, renting a car is discouraged as there is an excellent public transportation system in Andalusia's cities with regular transit from city to city - and difficult driving and parking in the city areas.