How much does it cost to travel to Canary Islands?

How much money will you need for your trip to Canary Islands? You should plan to spend around €117 ($143) per day on your vacation in Canary Islands, which is the average daily price based on the expenses of other visitors. Past travelers have spent, on average, €33 ($40) on meals for one day and €41 ($49) on local transportation. Also, the average hotel price in Canary Islands for a couple is €117 ($143). So, a trip to Canary Islands for two people for one week costs on average €1,641 ($1,998). All of these average travel prices have been collected from other travelers to help you plan your own travel budget.

Find a hostel, guesthouse, or B&B in Canary Islands

How much does it cost to go to Canary Islands? Naturally, it depends on the dates. We recommend SkyScanner because they can find the best deals across all airlines.

The price of renting a car in Canary Islands will depends on dates, the type of car, the location, and your age. We recommend SkyScanner because they can find the best deals across all car rental companies.

Canary Islands On a Budget

Tenerife Coastline, Canary Islands, Spain
The Canary Islands are a territory of Spain located off the northwest coast of Africa. Made up of rugged volcanic islands, the archipelago is known for its black and white sand beaches with great surf as well as opportunities for hiking, biking, snorkeling, and scuba amongst other activities.

The landscapes of the Canary Islands are many and variedfrom wild surf and sweeping sand dunes to deep ravines and rainforests. Being of volcanic origins, the islands also have a number of striking summits and rugged landscapes that make for great hiking and mountain biking. This also contributes to a number of black sand beaches that are popular with visitors. Much of these landscapes are protected by national parks or occupied by indigenous villages as well as native flora and fauna.

The cities and larger towns also have much to do and see with a rich history and culture as well as plenty of opportunities to shop and dine.

The Canary chain is made up of the islands of Gran Canaria, Fuerteventura, Lanzarote, Tenerife, La Gomera, La Palma, and El Hierro.

Gran Canaria is the largest island by population, and perhaps has the most varied landscapegreen and steep in the north, dry and flat in the south. It is known for its beaches (Playa del Inglés and Maspalomas) and capital city of Las Palmas.

Fuerteventura roughly translates as "Strong Winds" and as this name suggests, is best known for its impressive wavesa surfer's paradise.

Lanzarote has a beautiful volcanic landscape, well-preserved as the Timanfaya National Park on the west part of the island.

Tenerife is the largest of the seven islands, with the highest mountain in Spain, El Teide. Its capital city, Santa Cruz de Tenerife, is home to the Canary Island Parliament and is representative of the region's rich history with many museums and monuments.

La Gomera is marked by deep ravines with cliffs covered in laurel rainforest. The local people have a unique way of communicating across deep ravines by using a whistled speech called Silbo Gomero. This method is indigenous to the island, and its existence has been documented since Roman times.

La Palma is known for its steep volcanic landscapes and terraced countryside interlaced with small towns and villages. The capital of the island, Santa Cruz, has many well-preserved old buildings and cobblestone streets.

El Hierro, also known as the Meridian Island, is the smallest of the Canaries and most western. As an UNESCO World Heritage Site the flora and fauna of the island and its surrounding waters are protectedan ideal place to relax out in nature.

With warm waters, tropical fish, and great surf the Canary Islands are sometimes referred to as the "Hawaii of the Atlantic." These conditions make for a variety of activities, both on land and sea. Many of the islands have hiking and mountain biking trails that will pass villages, lakes, mountain scenery, and flora and fauna native to the region, while the beaches are prime locations for sunbathing, beach sports, swimming, surfing, and scuba diving. There are plenty of instructors available for surfing beginners, as well as guides who can take scuba divers out to the area's best diving locations.

Other popular watersports include jet-skiing, sailing, windsurfing, and water-skiing, while the cities and larger towns of the islands have plenty of opportunities for sightseeing, shopping, and dining.

Plenty of festivals can be experienced here, too. Check out this guide to festivals in the Canary Islands.

Cuisine of the Canary Islands takes its influence from a mix of Spanish, Latin, and African cultures. Dishes typically consist of a variety of fresh vegetables, fruit and fish, some meatusually light meals, which are easier to digest in a warm climate. Many small dishes or tapas are served around the island and are known locally as enyesques. They are often accompanied by a sauce called mojo made mainly of oil, garlic, vinegar, salt, red pepper, thyme, oregano, coriander, and several other spices. There are two varieties of mojo: rojo (or red, often served with meat) and verde (or green, often served with fish). Traditional Canarian meals usually start with soup and are followed by a main dish, consisting of local meat or fish, and the ingredients are often simple but rich and flavorful. The Canary Islands are also Europe's only exporter of plantain bananas, which are generally served fried. Local wines and liquors can also be found on the islands. 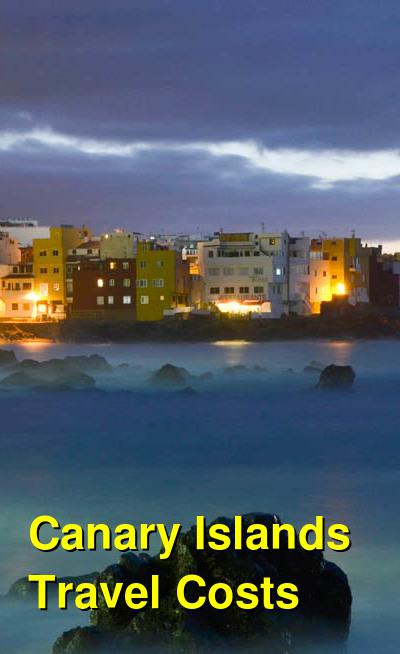