How much does it cost to travel to Cordoba?

How much money will you need for your trip to Cordoba? You should plan to spend around €102 ($107) per day on your vacation in Cordoba, which is the average daily price based on the expenses of other visitors. Past travelers have spent, on average, €27 ($28) on meals for one day and €22 ($24) on local transportation. Also, the average hotel price in Cordoba for a couple is €108 ($114). So, a trip to Cordoba for two people for one week costs on average €1,423 ($1,500). All of these average travel prices have been collected from other travelers to help you plan your own travel budget.

A vacation to Cordoba for one week usually costs around €711 for one person. So, a trip to Cordoba for two people costs around €1,423 for one week. A trip for two weeks for two people costs €2,845 in Cordoba. If you're traveling as a family of three or four people, the price person often goes down because kid's tickets are cheaper and hotel rooms can be shared. If you travel slower over a longer period of time then your daily budget will also go down. Two people traveling together for one month in Cordoba can often have a lower daily budget per person than one person traveling alone for one week.


How expensive is Cordoba? How much money do I need for Cordoba?

How much does a trip to Cordoba cost? Is Cordoba expensive? The average Cordoba trip cost is broken down by category here. All of these Cordoba prices are calculated from the budgets of real travelers.

How much do vacation rentals cost in Cordoba? Prices vary by location, date, size of the place, and the level of luxury. See below for options.

How much does it cost to go to Cordoba? Naturally, it depends on the dates. We recommend Kayak because they can find the best deals across all airlines.

The price of renting a car in Cordoba will depends on dates, the type of car, the location, and your age. We recommend Kayak because they can find the best deals across all car rental companies.

What did other people spend on Food in Cordoba?

Typical prices for Food in Cordoba are listed below. These actual costs are from real travelers and can give you an idea of the prices in Cordoba, but your costs will vary based on your travel style.

What did other people spend on Entertainment in Cordoba?

Typical prices for Entertainment in Cordoba are listed below. These actual costs are from real travelers and can give you an idea of the prices in Cordoba, but your costs will vary based on your travel style.

Tips and Handouts Budget in Cordoba

Cordoba On a Budget 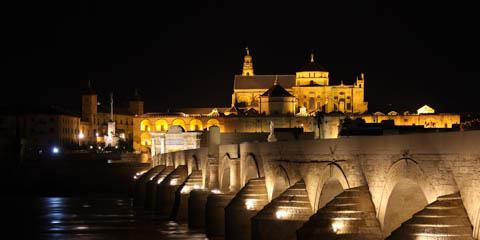 Cordoba, Spain
Cordoba is a Spanish city located in the southern province of Andalusia. With a culture embedded in Islamic heritage, the city is home to many architectural gems, the most significant being La Mezquita. AndalucÃ­a's major river, the Guadalquivir, flows just below the Mezquita, and the riverfront streets are bustling with lively restaurants and bars. Other popular centers of activity include the Jewish Quarter, Muslim Quarter, and the Old City.

The city also plays host to many cultural events throughout the year, some of which include flamenco festivals, music concerts, and ballet performances. If you don't find yourself in Cordoba during one of these popular festivals, there is still no shortage of museums or sights to visit.

The Mezquita remains the architectural, cultural, and historical treasure of Cordoba. It stands as an emblem of the Islamic culture that flourished when the city was the capital of Islamic Spain. Dating back to the medieval era, the former mosque houses a massive bell tower, Moorish style archways, decorative windows, fountains, Byzantine mosaics, and a beautiful patio lined with orange trees. While the architectural design and decor sings of an Islamic past, the Mezquita has operated with a Catholic cathedral at its center since the 1600s. Surrounding the Mezquita is the Old City. A place of tangled medieval streets, the walkways are lined with other historical attractions like the Roman Bridge, the City Wall, the fortress called Alcazar de los Reyes Cristianos, a beautifully preserved synagogue, as well as many charming squares and the Museum of Al-Andalus Life.

Just outside of the Old City there exist a few other popular attractions like the archaeological ruins of Madinat Al-Zahra, sunset allure of the Plaza del Cristo de los Faroles, and the Viana Palace which houses a museum that features furniture, tapestries, porcelain, tiles, paintings, leatherwork, muskets, an impressive library, and extensive gardens with patios.

In a web of narrow streets surrounding the Mezquita, Old City sits just uphill from the muddy Guadalquivir River. Containing the vast majority of Cordoba's attractions, the historic center has a wealth of monuments that pay homage to Roman, Arabic, and Christian times. Northwest of the Mezquita sits the Jewish Quarter, or old JuderÃ­a, a neighborhood which dates back to the late Middle Ages, while the Muslim quarter sits to the Northeast. The narrow streets branch out through each neighborhood, some bustling with tourist activity while others remain charming and peaceful. The center of the modern city lies further north, around the Plaza de las Tendillas, where you will find a lively vibe amongst excellent bars and restaurants. The riverfront streets, along the Guadalquivir also have a good selection for dining and nightlife.

Sight-seeing and shopping are give-ins no matter where you travel, but depending on the time of year, Cordoba has a range of other seasonal activities to engage in. May, for example, is considered the best time to visit the city. Cruces de Mayo is celebrated during the first week of the month with music, drinks, and other festivities held in Cordoba's public squares. The Cata de Vino-Montilla Moriles is a great way to sample local wine and enjoy music under a large tent in the city center, while the Festival de Patios has families open their private homes to visitors from all around the world to admire their central patios. The longest festival, however, is called the Feria de CÃ³rdoba, which takes place over two weekends. Activities include Flamenco dancing, horse riding, and rides for children during the day with parties all around the city by night.

Other activities available throughout the year include a visit to the Hammam â Arabic baths, renting an electric car to see the city, or taking a Segway tour of Cordoba.

Year-round in Cordoba the scents and colors of orange blossoms fill the air. They are used in much of the city's cuisine with products like Iberian cured meats, cheese, fish, and excellent stews. Top any of these off with a glass of Cordoba's wine and you've got yourself an exemplary meal of the region. The old quarter and districts like San Andres, San Lorenzo, and Santa Marina are full of traditional taverns where you can sample the night away with a variety of tapas. These samplers range in local tastes and are often served free with your drink. Some typical tapas include pickled anchovies or the flamenquÃ­n which is a fried serrano ham roll. A few other dishes of the city range from salmorejo (a type of cold tomato soup with bread, garlic and olive oil) to bull's tail or pastel cordobes (a puff pastry filled with candied pumpkin). Due to the city's strong Arab influence, there are also many tea shops in Cordoba.

The closest major airports are in Seville, MÃ¡laga, and Madrid. From there a train or a bus can take you to main train stations where you can change to another train towards Cordoba.

Cordoba's bus station is just across the street from the train station. Regular bus service is available from almost every town in Andalucia as well as from Madrid.

Nearly everything of interest in Cordoba itself is within walking distance.